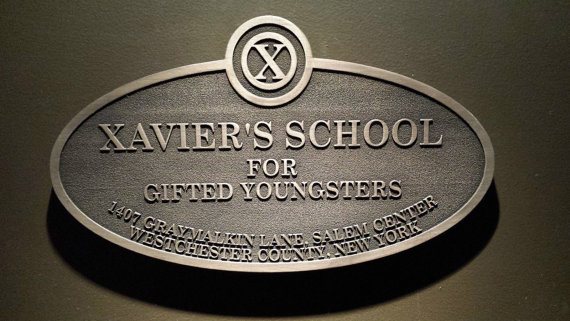 1.7K Shares
“Mutatis Mutandis”
(“Changing [only] those things which need to be changed.”) – School Motto

I grew up in an X-Men home, man. My sister’s favorite character is Beast. Pretty sure my brother was a big Cable fan. Mom rolled with Storm, Nightcrawler was my guy coming up. I always loved what the X-Men stood for. The obvious reference to the Civil Rights era when the team debuted… mind you, we can tell the story using white people who have powers and are discriminated against and America can understand but Bast forbid the characters be Black, have powers, and get discriminated against to really drive home the point. Lemme contain myself man, Xavier opened up his School for Gifted Youngsters to teach mutants to control their abilities and to adapt to the world by fighting for a better tomorrow.

Yeaaaaah, I was thinking ’bout that shit and the older I get the more I agree with Magneto’s advanced course in “Muthafuckas (Homo Sapiens) never loved us” and Cyclops’ “Intro to Everybody Gettin’ Clapped 101” class that he started teaching in that late 2000s. I already told y’all how my Dad was with me growing up when it came to knowing history. I realize two things now — Dad was militant as fuck, and I’ve gotten the baton passed from him (Mom was a different type of hands throwing). Plus, more and more as I grew older I started to realize (for myself)… Yeah, Magneto’s fireside chat mixtapes really resonated.

If I’d attended the School for Gifted Youngsters, then my parents would have enrolled me during the late 90s/early 2000s, so let’s say I hit puberty, discovered my powers, got transferred, and I spent my high school to college years at the school. Let’s imagine…

Charles Xavier: Class, let’s welcome new student, Omar Holmon.
Omar, would you mind telling us what your mutant ability is?
Me: No problem…

Yo, I would have had Charles Xavier fed the fuck up for real, for real. I know that shit from fucking jump. Maaaaaaan listen, I woulda had questions as soon as I heard Xavier talking ’bout some…

Charles Xavier: The X-Men are sworn to protect a world that fears and hates them.
*Raising my hand*
Xavier: Yes, Omar?
Me: So we gotta protect oppressive as fuck nons (non-mutant) like them?
*points out window to crowd gathered at the school’s front gate* 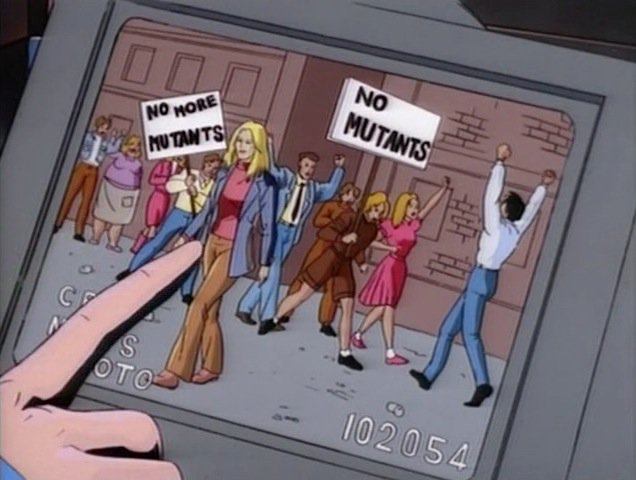 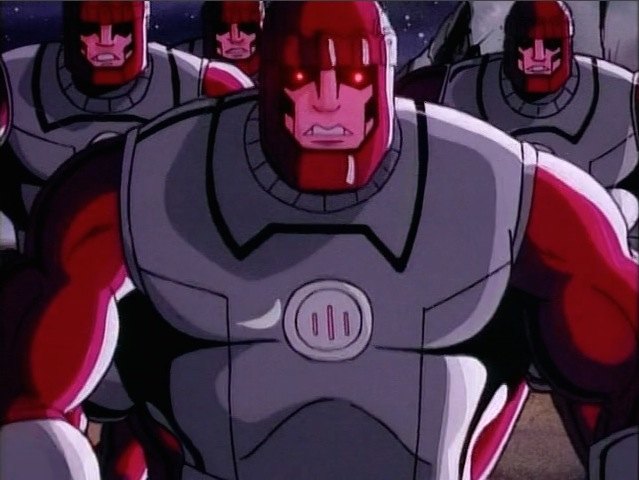 Xavier: *hard sigh* …yes.
Me: Does that count towards our final grade, ’cause real talk, if not…

Let’s say the original X-Men were older classmates or teaching assistants while still going on field missions. I’d be complaining my ass off if Jean was my TA, yo. I’d be at her office hours like, “This BRB note been here for like a week. Jean Grey ain’t ever here, fam. She done died like 6 times already and came back. The fuck, man? How she not teaching religion is beyond me, she and Jesus probably fucking got a web series together in heaven.”

I’d be all up in in the cafeteria wylin’ out with discussions, man. It wouldn’t be all serious ’cause I’ma be joking round with roasting my friends like, “Jubilee, I know you ain’t ripping on me girl. How long you been here again? When the fuck you gon’ graduate, my mutant? How many credits you missing ‘Bilee?!”

We’d be talking about X-Men’s past adventures and I’d bring up the obscure shit…
“Aye, why can no one tell me how Darwin got knocked? His mutant ability was to be able to adapt to anything and sun got knocked? How does that even work? I saw this cat grow gills in swim class. I was trying to spar against him in the Danger Room and he beat my ass just by roasting me, man. He said ‘What X-Man rocks glasses in the field? You Dexter’s Laboratory lookin’ ass, boi.’ Homie was the greatest but he got merked? And he doesn’t come back, but Jean Grey done died 12 times since last Thursday and — *Sees Jean Grey* shit! MS. GREY! *runs toward her* I NEED TO TALK TO YOU ABOUT THE GROUP PROJECT!”

It’d be all love with everyone but every so often I know I’d be overhearing cats like, “People that look like me are getting shot down in the streets,” and retorting with,”*high pitched* Ehhhhhhh. You’re a telekinetic white dude… don’t nobody know that shit unless you’re too lazy to get up and get the remote, homie. Now if it’s a mutant with Beast or Nightcrawler’s condition saying that shit, that’s different.” 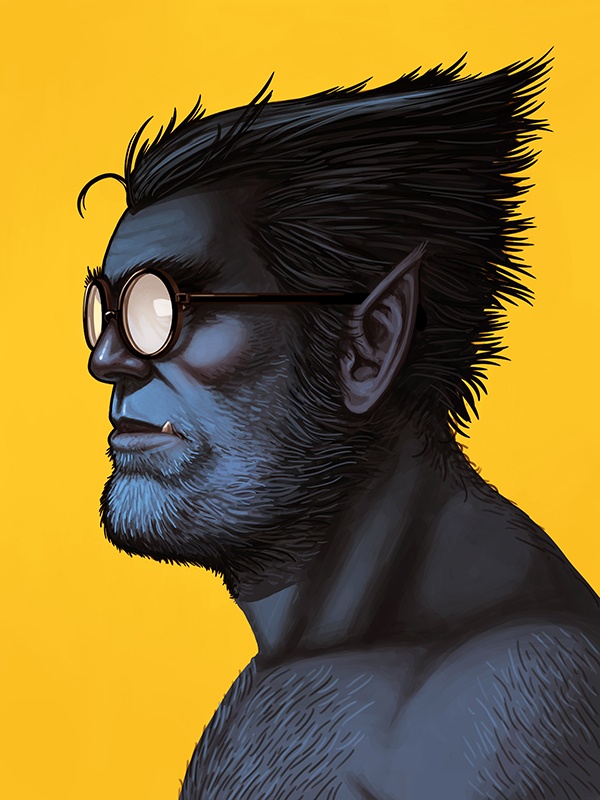 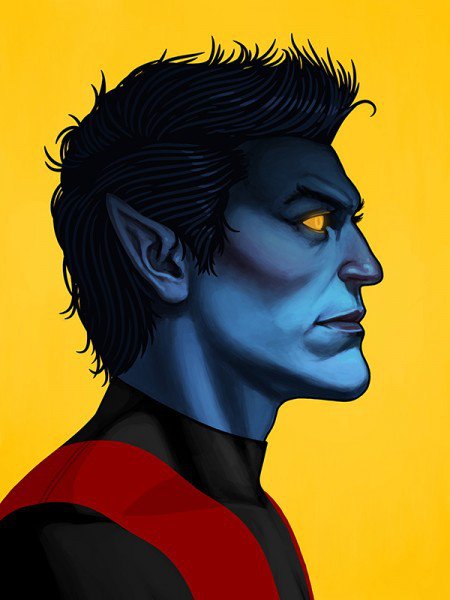 Art by Mike Mitchell
You know someone would have hot takes on Black Lives Matter too:
“Really? All Mutants Lives Matter shirts? That’s… That’s what we doing right now? Assimilate game that strong in these hallways? Why is “all” in there? Ripping it off is one thing now you just going out your way on to be a dick, that’s just… we just… okay. Fuck you mean, ‘Why I always gotta bring race into it?’ Really, I’ma Black mutant, homie. That’s like two strikes. Bling is a Queer Black woman that’s a mutant, that’s straight up four strikes. We serious right now?”

Xavier would be walking by and peek in through the door at me in history class, which would be flames.

Me: Since we learn about oppression throughout history and different forms of colonization I just wanna point out how those colonization and appropriation tactics evolved just like mutants to a degree and young activists are pointing out these evolutions. Kill the lights, yo!

One day I feel like my professors just goin’ stop letting me do presentations pic.twitter.com/gR8oopDqeG

They could put me in as many classes with Iceman that they want, I wouldn’t have any chill whatsoever. I’d have mad presentations on why Magneto was right in my social studies class. I’d be raw enough to rock the shirt while doing it, too. Catch me up in Hank McCoy’s class and he’d be talking about the proper procedure for time travel.

Hank McCoy: Time is fluid. I know everyone wants to go back and kill Hitler but-
Me: *high pitched* Ehhhhhhh. I could name some people that would go back and stop the Trans-Atlantic Slave trade instead.
Hank McCoy: As tempting as that would be, the fragility of ti–
Me: You can keep talking Mr. McCoy and I’ma listen to you keep talking but I’m letting you know now if we ever go back in time and you don’t see me… You’ll know why. Also Rust Cohle the gawd told us “Time is a flat circle” so you wouldn’t have to.

There’d come a time where I’d be called into the field for my first mission to see if I’d want to become an X-Man upon graduation. We’d be up against Mystique, Cyclops would be talking about our attack plan, and Xavier would be telling us the situation via telepathy as we land on site.

Cyclops: X-Men. Move ou–
Me: Ol’ up Sunglass Hut sensei. Xavier, what did Mystique do again?
Xavier: She’s attacking anti-mutant protestors and holding them hostage.
Me: …Yeah. So what’s the problem? ‘Cause I’m not… Seeing. One.

Now let’s say I’m in the era where Xavier got kicked out for hiding the truth about the Danger Room being sentient from everyone and Cyclops is now one of the headmasters, and all of the original X-Men are in teacher positions, and I’m about to graduate. Cyclops calls me into his office and hits me with the real talk about my future and shit.

Cyclops: Let’s talk about what do you wanna do after gradu–
Me: Is the room tapped?
Cyclops: Of course not.
Me: Word? So hypothetically speaking, X-Force was the Black Ops squad of the X-Men that merked threats before they happened right? 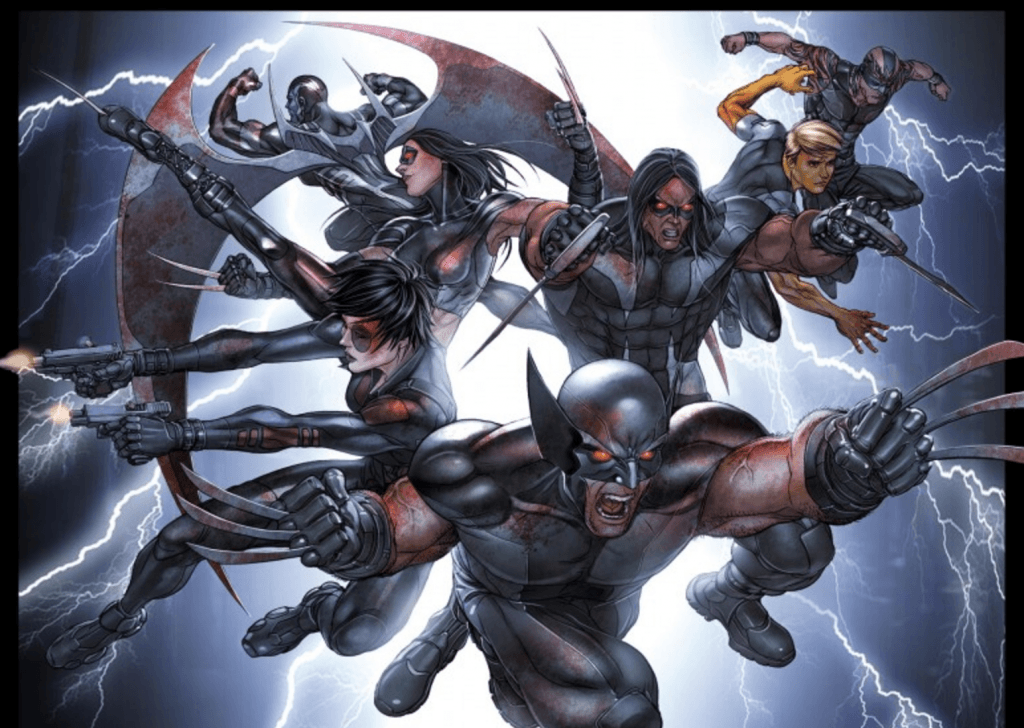 Cyclops: …Hypothetically speaking *gets up out of seat and closes the blinds* that would be the ideal goal for a Black Ops division. Said division would be unassociated with the X-Men, operating without their knowledge.
Me: Bet. You know why I’m here, man.
Cyclops: …You should take the Blackbird out for a ride at about 1300.
Me: ‘Nuff said. *leaves office*
Cyclops: *does Birdman hand rub* My man.

Yo, put me up in the squad and lemme run through the anti-mutant oppressors with my woes. I’m sorry but sometimes muthafuckas gots to go. I’d be with that shit, man. Talking ’bout some “protect a world that fears and hates us?” Fer real? Do you not see those big ass Sentinels they send after our asses? Really? These cats hated us so much they went out of their way and made a larger than life system of oppression. Fuck that noise. Why don’t they get them shits to help them out when they in a jam?

I can’t have that on me, man. They fear and hate us but make a show called Heroes and bite our whole style? I’m not having it. Fox Studios out here making horrible ass movies about us and we let that shit stand? Naaaaah, man. No. They. Gots. To. Go. If my file for X-Force ever became public record I’d have Xavier calling me up and putting Magneto on the phone so he could tell me, “Wooooow. Yo, chiiiiill. You wylin’,” and all I’d have to say back to Mags is:

“This is me, baby. This is me.”
Are you following Black Nerd Problems on Twitter, Facebook, Tumblr or Google+?