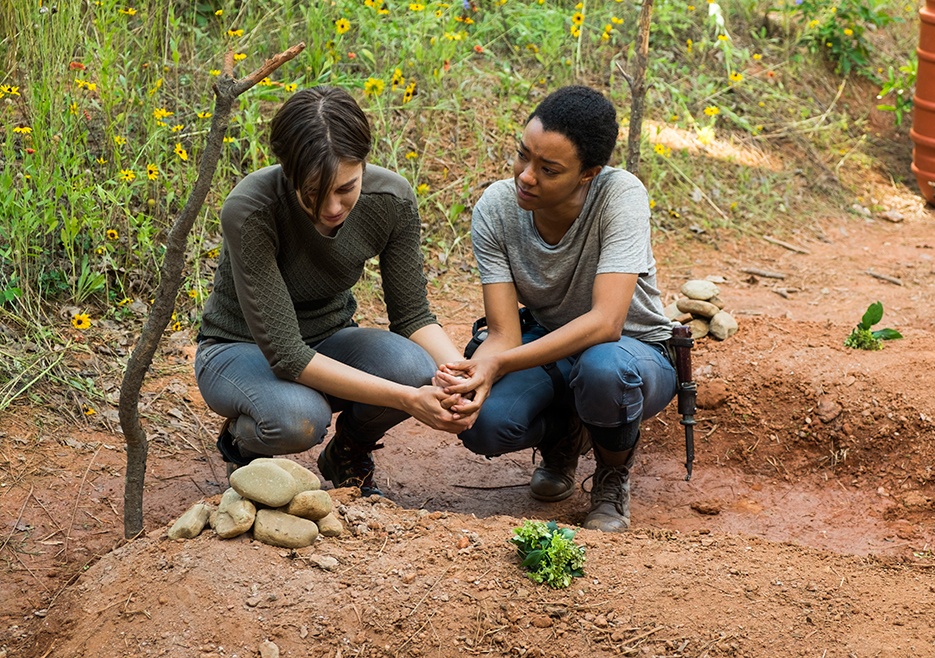 We all have that one friend in an ain’t shit relationship. They stay fighting and forgiving, breaking up and reconciling, wasting everybody’s time – most especially their own.

Allow me to reintroduce myself, I’m your ain’t shit friend.

I should break up with The Walking Dead. I know it. My friends know it. You know it. Every other person watching the show (and predicting what’s going to happen next) knows it. But… 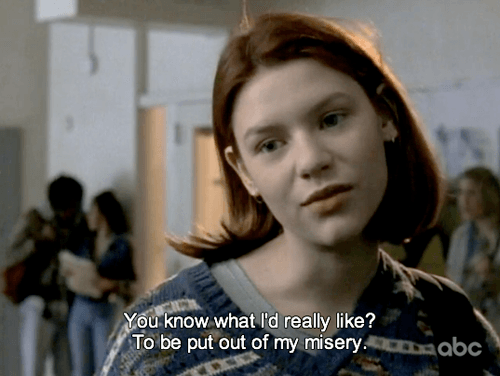 But I can’t bring myself to do it and I’m not sure why. I keep retracing my steps and trying to figure out exactly when this relationship turned into a dumpster fire. I remember when we were young and so naïve.

[divider type=”space_thin”]
It’s been a long time since me and TWD did dumb shit that happy couples do like wearing roller skates during the muhfucking zombie apocalypse and giggling.

We too deep in the kill-all-the-black-men-and-villainize-or-gasight-light-the-women phase. So why am I still here?

That’s simple I think:
[title type=”h6″]
1. Didn’t we almost have it all?[/title]
Maybe that’s it. Maybe it’s the nostalgia factor. I keep thinking that maybe we’ll get back to the writing and (logical) character development of the earlier seasons. But then I think back to those earlier seasons and realize that I’m definitely revising history because the show been spotty. It’s just that I like to think there were way more good times than bad times. But lately, the tides have turned. But the more I think about that, the more I know I ain’t shit and this relationship is trash.

Sometimes I ask myself: “what do I owe myself on a lovely Sunday evening such as this? I could take a bath and go to bed early. Get some of that high thread count sleep” but then I remember that a show I used to love is coming on and I should watch it which is really me saying “gotdamnit, I watched six seasons of this shit and I’m supposed to give up now?” Nah, fam. I read shitty books to the end; I sit through plotless movies; I will likely watch every episode of this show. Twice.

I’m in it now. This is why your parents aren’t divorced… yet. I’ve invested time and energy to this and if I give up now – if I admit that I’m not happy on Sunday nights or at least I’m not as happy as I could be on Sunday nights – then I’m forced to reckon with the idea that all that was wasted. We’re talking hours of sunk value. And since I can’t get it back, why not persevere? I mean, I do like zombie shows and this is a zombie show, right? So I like this show, right? [nods desperately trying to convince herself]

This is deep in my core, under the many, many layers of pessimism, life experience, and hatred. And rusty razor blades. And a graveyard of innocents. I want to believe that the show can redeem itself though I’m not sure what that would take given Andrea/Governor plotline and Glen/dumpster debacle. But I want to believe. [Cue the Journey]

I want to believe that one day I’m going to see an episode as compelling as The Grove. I believe that one day The Walking Dead might have me dancing in the aisles by leaving behind the shitty bait and switch plot lines, cliff hanger episodes, and one-dimensional big bads.

[divider type=”space_thin”]
[title type=”h6″]4. I like what I see.
[/title]
I can’t pretend that The Walking Dead has treated the black men on the show well. [stares into the void at a thousand missed opportunities] 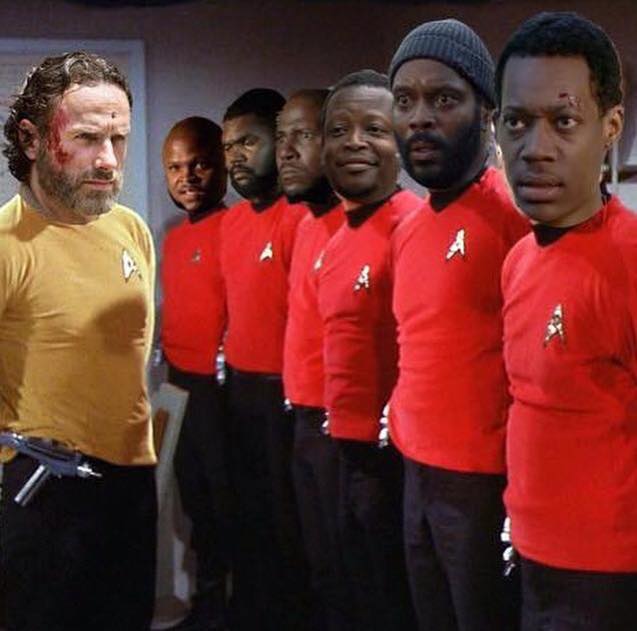 But I will show up every week for women who look like me and mine: Michonne, Sasha, and Rosita. If you saw Negan’s visit to Alexandria in episode 5 of this season, then you know that it’s the ladies who are ready and willing to fight. It the WoC who are finna make a way to survive where there isn’t a way now. They got me out here lighting a candle to Zoe Washburne, Patron Saint of Badass Women everywhere. 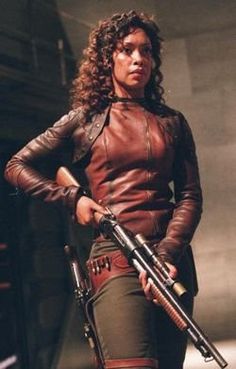 So I’m still here, tuning in every week and sometimes hating myself for it.

Meanwhile, my friends are on some “let me fix you up with WestWorld. You’ll like it; it’s just the kind of thing you’ve been saying you were looking for.” And it is. And I’m wondering how long me and TWD can keep this trash relationship going.