From the outside (particularly if you’re not in one of the many niche podcast fandoms that congregated in Seattle this past December) the inaugural PodCon looks an awful lot like a social experiment: what do you get when you hold a convention dedicated to a notoriously white medium in a notoriously white (albeit growing) city? Turns out the answer is surprisingly not “get out.”

I’ve been a fan of the Night Vale Presents network for years now, so walking in I was already familiar with Joseph Fink and Jeffrey Cranor’s dedication to creating platforms that featured a cast of diverse voices. I assumed as they are two of the co-founders (along with Hank Green and Travis & Justin McElroy) that this practice would continue in a convention setting. But this is not about handing out cookies. Instead, let’s talk about what PodCon’s first year put in place to make sure that marginalized communities, especially creators of color, are given the space to show up as their full, authentic selves.

For cons of this size that cater to fans (at about 3000 in-person attendees) it’s not unusual for the appeal to be the grass root elements. PodCon, however, felt curated for a notably Tumblr-esque cross-pollination of live art-making and fandom. I was impressed by how many interactive activities were built into the structure of the con, such as the fake flyer wall, the community wall, and the scavenger hunt known as PodCon quest. These are small choices, but they have a big impact in that it gives con-goers a chance to break the ice and focus on something outside of fandoms without scheduling involved in meetups. The more culture building and influence given to the fans, the more opportunities there are for a diversity of voices to be heard. 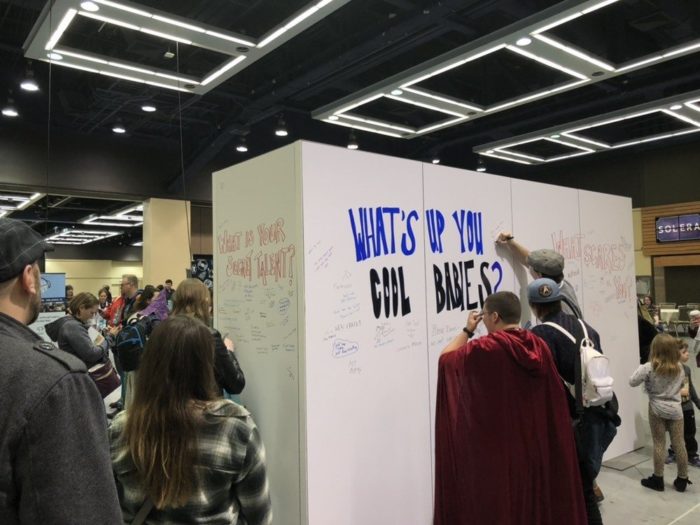 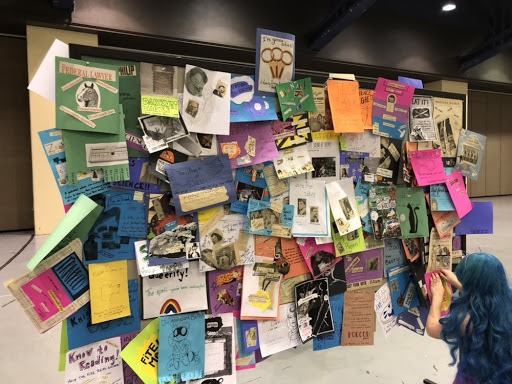 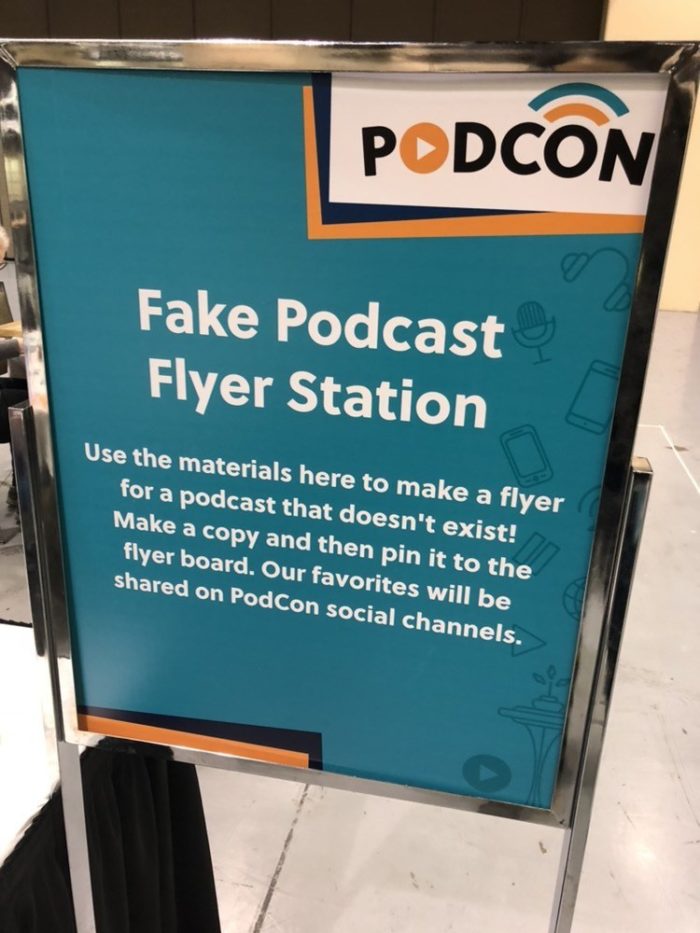 In addition, the opening show even featured a slideshow that not only encouraged self-care, such as drinking water, but also reminded participants that they should talk to the people beside them. This emphasized the collective nature of the space from the very start. If I had to judge, I’d say that even though I was there by myself, I felt that I had folks start up conversations with me on their own more at this con than any other I’ve attended.

#PodCon is already one of the most thoughtful cons I’ve been to. ?? Slideshow before the opening show. #BNPVisits pic.twitter.com/NES8S5lNSb

On a personal note, as a Black member of the press representing a POC-centered publication, it can be very stressful to navigate these environments knowing that you have a commitment to cover them in their entirety and don’t necessarily have the energy to endure a series of microaggressions. This con staff was one of the most accommodating and attentive I’ve had the pleasure of working with. I really appreciated that the community mentality suffuses every detail of the convention.

Diversify Your Panels and Speakers

Let’s be honest: it’s one thing to say you encourage voices different from your own, but it’s quite another to lead by example. I did worry initially that while many of the speakers came from a variety of intersections of sexual orientations, genders, and races, these identities would just end up tokenized rather than truly given a platform to thrive. (The dreaded Diversity 101 panel comes to mind). But that was definitely not my experience and thank Podcasting Bast because I got my whole life listening to these panelists speak their truth.

The first workshop I attended was “You Like Podcasts?! Deaf Accessibility in Audio Narratives” and it was a really great example of both educating about different ability statuses and charging participants with specific ways in which they could contribute to making the medium more accessible, such as how to transcribe podcasts for deaf or hard of hearing fans. The majority of accessibility-centered panels I’ve attended or seen tend to focus on representation of characters, and I really think Miriam “Miri” Josephs drew my attention to ways we can be using these gatherings as sites of applicable learning in addition to fun.

Speaking of learning, my favorite panel by far was “Podcasters of Color” featuring all-stars likes Dylan Marron, Paul Bae, Franchesca Ramsey, Karen Morrow, Rod Morrow, and Aparna Nancherla. Usually, these kinds of panels serve both as a tokenized checkmark and the only space where participants of color feel that they don’t have to codeswitch, but this room gave the imparted wisdom and strategy we were seeing applied in the rest of the con as well. For instance, Franchesca Ramsey reminded folks that, “Even places like here, the podcasters of color are relegated to a panel that has nothing to do with what we bring” and was equally adamant about this point even as the only Black person AND woman on the “Everybody Has a Podcast” panel.

Similarly, Aparna Nancherla, Karen Morrow, and Rod Morrow held their ground in addressing the nuances of race, mental health, and gender on the panel “Podcasting About Tough Topics” by reemphasizing the “shared connection” of POC communities and the necessity of acknowledging intersections rather than trying to erase them for listener comfort.

In terms of other marginalized communities I felt that the LGBTQIA+ representation was incredibly strong and almost a given, although the “How to Create Straight Characters” panel was by far the most entertaining event all weekend. It should be a whole podcast on its own, particularly with moderator Gaby Dunn and Cecil Baldwin’s unrelenting commitment to the comedy bit.

As a Night Vale presents fan I also absolutely adored the “Lifting the Night Vale Veil” Q&A and about cried during Jasika Nicole’s exquisite “Alice Isn’t Dead” Live Show. Seriously, if watching a queer Black woman in a trucker hat become misty-eyed in front of a packed crowd of strangers isn’t art, then I don’t want any more art, thank you.

Carry The Theme Through to the Very End

While PodCon was only two days, it definitely felt like a solid and strong start to a new tradition and the closing ceremony aided considerably in restating the goal for the weekend. Symphony Sanders and Gaby Dunn as hosts were a delightful departure from the opening ceremony if only because, once again, they were unapologetic about taking up space and making jokes that were distinctly for marginalized communities rather than the wider audience. A decision that reverberated with Dylan Marron’s presentation as well as Aparna Nancherla’s stand-up routine. In fact, my biggest criticism would be that the schedule waited until the very end to give speakers of color more singular platforms rather than lumping them into groups like during the opening ceremony.

In conclusion, if you ever need a case study of what happens when you put POC, queer, and other marginalized communities at the forefront of a medium that has not always been hospitable to them, PodCon is the one. And if this first year is any indication, we can look forward to this trend continuing for years to come because as John Green reminded us in the finale: to “make stuff and love stuff” is incredibly powerful and despite it all “we’re still here and we’re not leaving.”

You can follow more of our PodCon experiences by perusing our hashtag #BNPVisits and stay tuned for exclusive interviews with PodCon guests!