From 1993-1995 Mighty Morphin Power Rangers was that show. There’s no debating it, it quite simply was. That show that transcended race, gender, religion and any other criteria you want to hang your cape on. That’s the show any late 20 or early 30 something year old will admit they anxiously awaited for every afternoon. We would bolt from our school in a full on sprint in order to make it home on time for the latest episode of Power Rangers. Lord forgive the poor soul who missed even 4 mins of an episode. Jokes, roasts, ridicule and scorn was sure to ensue.

During these 3 years, every school day was absent of spelling practice, mastering times tables, and photosynthesis proficiency because the young gun’s conversations were filled with a bunch of, “Did you see how the MegaZord sliced that eye guy monster to pieces?? And then those idiots Bulk and Skull fell into that giant pool of mud.” Afternoons on the couch, laughing, excited, lost in a dream state is what I’ll always remember about this amazing show that brought me and my friends together to talk smack and get lost in our 90’s Nindo for 3 years straight.

But it wasn’t all fun and games. Ohhh no, the claims department was real. Territorial homies would say things like, “Red Ranger is the shit! He’s clearly way better than everyone else on the team because he’s the leader.” The clapbacks was like, “Are you kidding me son? How you gonna act like Tommy and the Green Ranger ain’t the trillest to ever do it? He has his own DragonZord. DRAGON. FUCKIN. ZORD, B!” There was something special..something competitive..something inherently amazing about the selection process of who got to be Jason and shout commands at your homies vs who got to be Tommy and use that sweet ass dragon flute to call the DragonZord from the depths below.

My sisters and female friends all battled for Kimberly’s confident and cute Pink Ranger even though the loser was always down with being Trini cuz the Yellow Ranger and that Saber Tooth Tiger were dope too. Disclaimer: Nobody ever really wanted to be Billy. Sorry but our 8 year old asses really weren’t down with the one mega geek on the squad. Then there was Zack. Then there was the Black Ranger. Putting aside all intelligence gained over the years, learned gripes, and the clear racist undertones of having the Black Ranger be a black teen (and the Yellow Ranger being Asian for that matter) it was absolutely perfect casting. Zack was the best representation of a fun-loving, charismatic young black man in the 90s. He was funny; always up for a good joke. He was confident and powerful to the point he could take on Rita’s creatures solo dolo if/when he got separated from the squad. He was skilled and lethal enough to be squad leader Jason’s right hand man in battle and sparring partner when practicing karate.

He was fair and liked to include everyone in on the fun or fight, with a great example being when he would slow down and tone down his lightning quick fighting moves on order to mimic the Blue Rangers moves and simultaneously attack with Billy. He was a ladies man, seen with his arm wrapped around Trini or Kimberly on a regular basis at the Youth Center or trying his hardest to spit game to his crush, Angela. He was so cool and confident that Tommy came running to OUR BOY when he didn’t know what to do about his feelings for Kimberly. And please, let’s not forget that he could dance his ass off to any fresh beat getting bumped out of a boombox! So much that he even developed his own fighting style called Hip Hop Kido, similar to Capoeira.

He even showed us it was OK to be scared as a young black man, evident when we found out that he was afraid of spiders, snakes and insects… then he later showed us how you can conquer your fears when he was trapped on Rita’s Island of Illusion and had to face his fear of snakes to survive. Zack truly was a great role model for all young men, but young black men in particular. Zack was the Black Ranger we deserved. 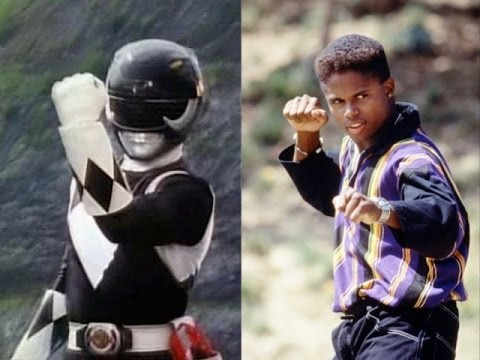 The early 90s and the television we were digesting at an alarming rate (according to our parents at least) taught my generation many things including how to have confidence in oneself. The 90s showed us that it was a raw and brutal world out there but it was also a beautiful rewarding time to be alive. We were allowed to explore our deepest desires and were encouraged to let our imaginations to run wild. You think we got to mobile telephones, 2 cm TVs, advanced mobile music devices and instant messaging because of Generation X? Na, it took shows like Mighty Morphin Power Rangers, Bill Nye the Science Guy, The Magic School Bus and many more to mold the leaders of today.

Walter Emanuel Jones, the actor who played Zack was an inspiration to us all and it was sad to see him go after the 3rd season, but we thank him for his dope dance moves, suave pick-up lines and heart of gold which helped a new generation find themselves, be themselves and become heroes in their own right.