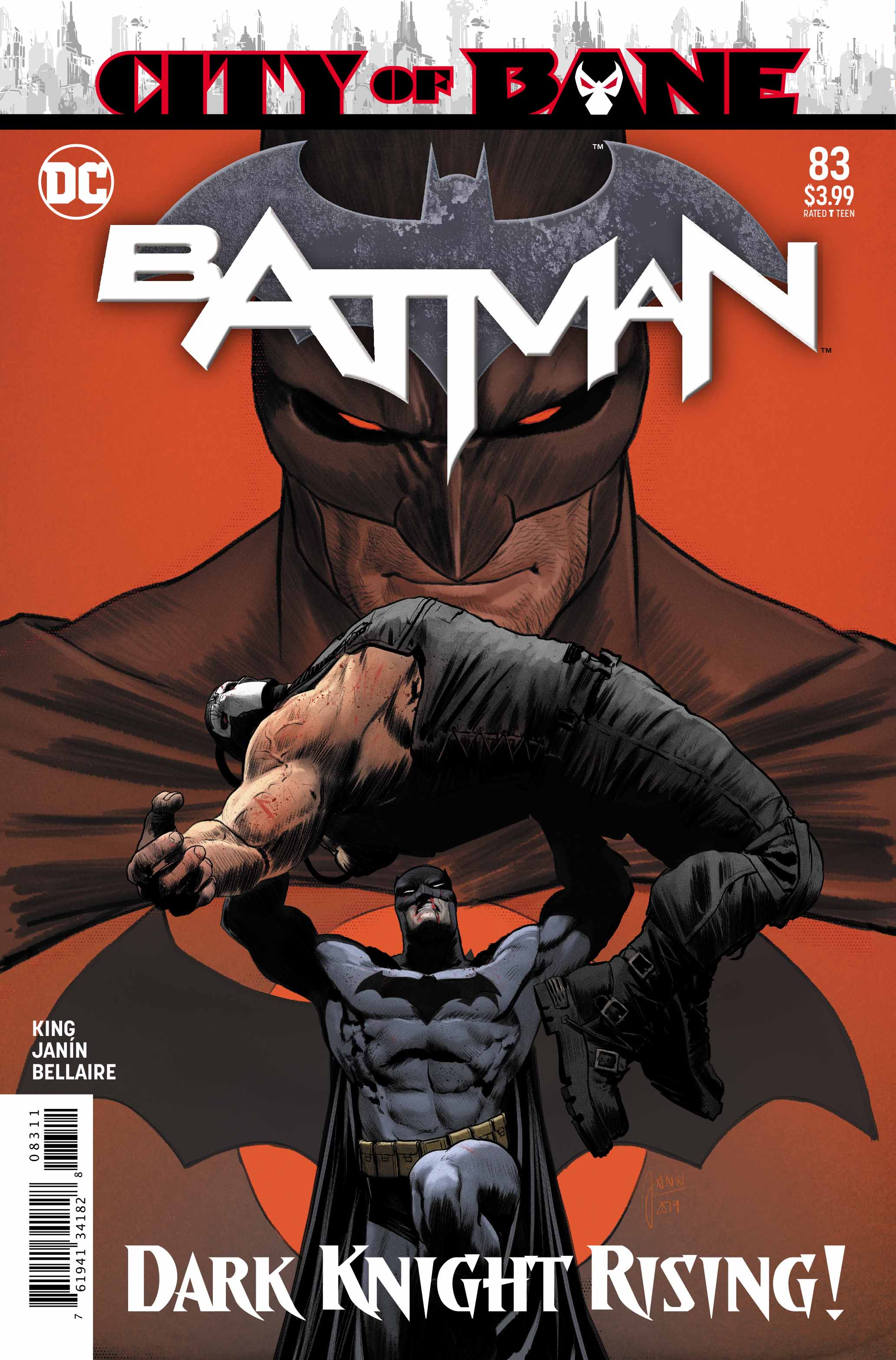 Batman #83 is the ninth chapter of the series’ “City of Bane” arc and, despite there only being three issues left in King’s run, the feeling of a lasting gut-punch had been lacking up to this point. Issue #83 tries to remedy that as Batman has to confront death.

This isn’t the first time that Alfred has died in a Batman story, but the other examples that come to mind were usually in side stories and not the main canon. To be honest, I still wasn’t totally convinced that we actually witnessed the murder of Alfred Pennyworth a few issues ago (Issue #77) and not Clayface doing his best dead Alfred impression or something. But this issue seems to confirm it as we not only see the body — a general thing death fakeouts tend to avoid — but we get to hear Alfred’s final words to Bruce throughout the issue.

While the end of King’s Batman run feels as if it may have petered out and lost steam, the decision to kill Alfred Pennyworth is likely to have a lasting impact. It’s one of those things writers do to show that the stakes are truly raised and hold value. 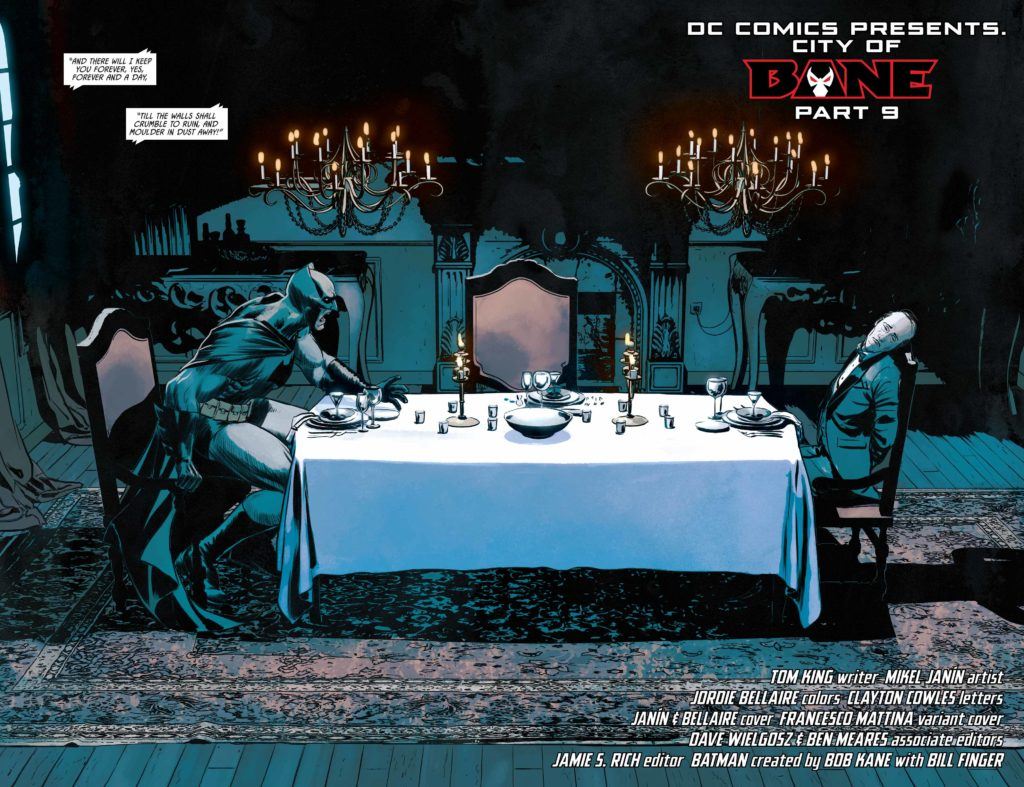 King leans heavy on Mikel Janin’s art in this issue to do the storytelling as the only words in the issue came from Alfred’s letter to Bruce providing his final words of comfort. We watch as Bruce discovers Alfred’s body sitting across from him at the same table where they shared dinner most nights. In totality, the events of the issue probably only took place in three or four minutes, but it felt like an eternity as a result of the pacing — in a good way. That’s likely how it felt for Bruce as well.

It will be interesting to see what King wants to say about the story as he exits. It started off so great that there was talk that this run could compete with Scott Snyder’s. Along the way, it missed the mark on a few occasions.

As Avengers: Endgame writer Christopher Markus recently said in a Vanity Fair interview, “If you just keep going until it peters out or you lose interest, it kind of decays backwards, making [people] think less of everything that came before.”

It’s looking like it may already be too late for this Batman run to avoid suffering that fate. But issues like this still give us moments to appreciate.