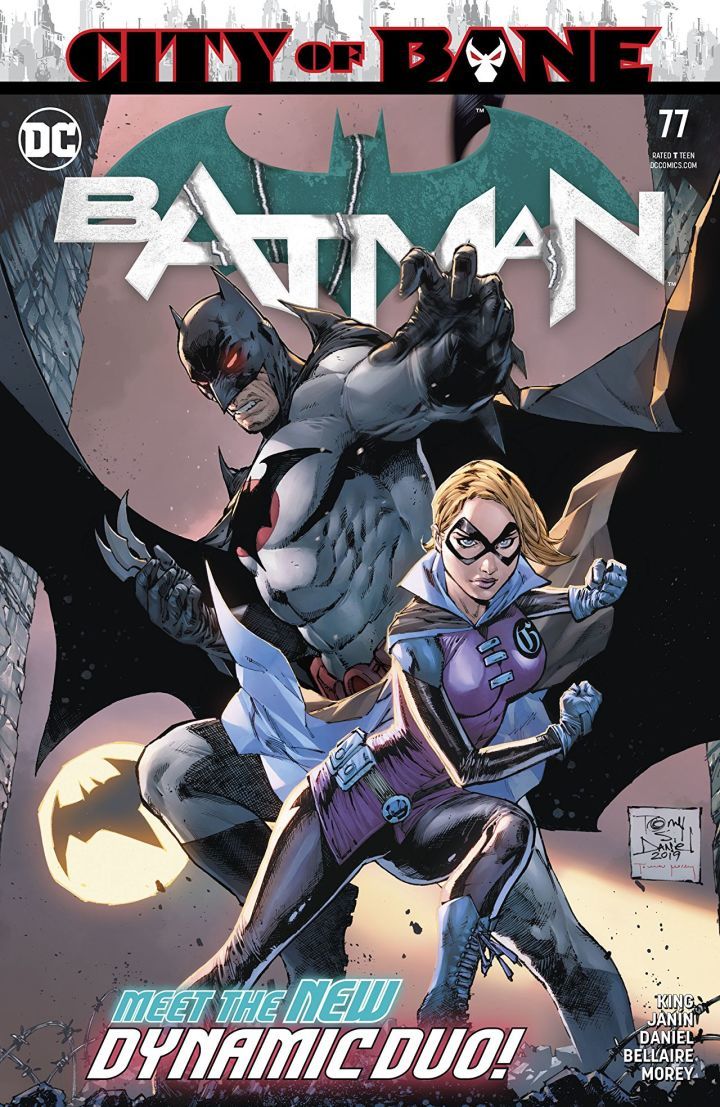 Towards the end of last week, when preview issues typically land in the hands of certain reviewers and other comics VIPs, there was already talk that issue #77 of Batman would be one to remember. Before I could make the time to sit down and give the issue the attention I felt it deserved, I spent my brief, idle moments speculating on what would come.

Would Martha Wayne come back from the dead? Would Thomas Wayne do something unimaginable? Hell, maybe there would be a revelation that Selina Kyle and Bruce Wayne actually did get married back in issue #50 and everything up to now has been a dream.

While these were fun possibilities to consider, there’s no way to prepare for the events that actually transpire between the pages of Batman #77. 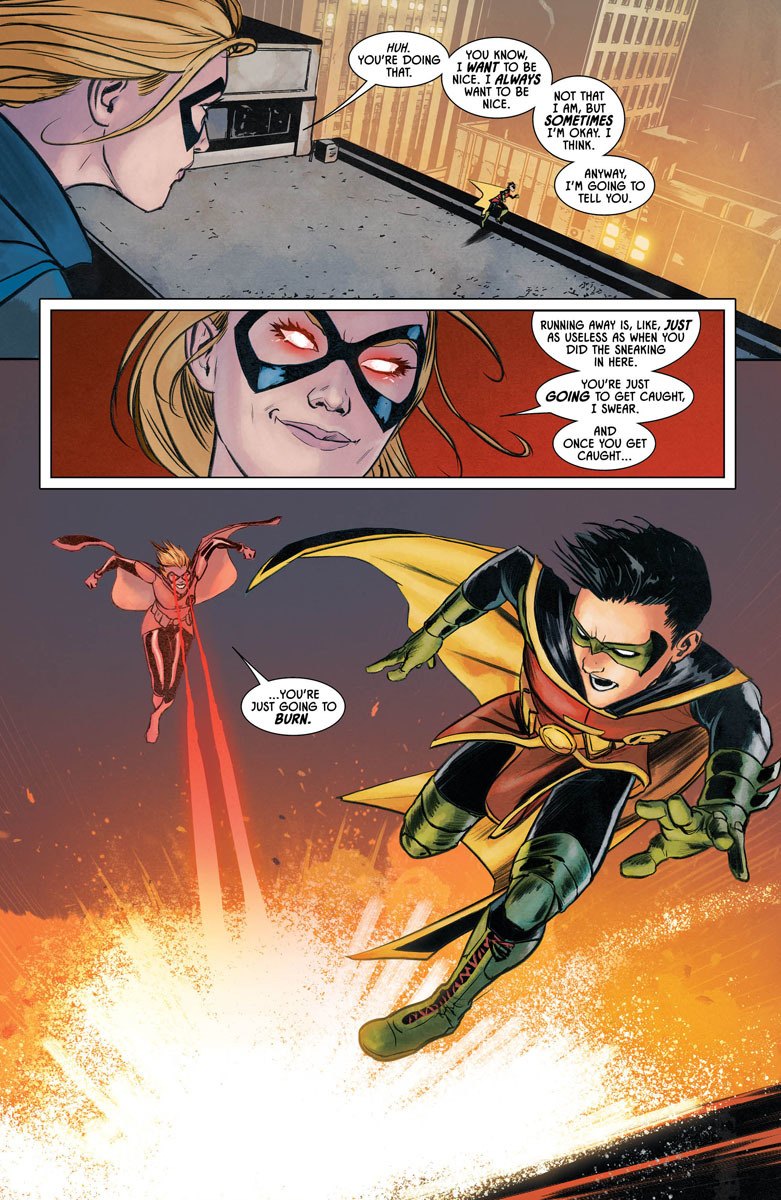 The issue begins with Damian Wayne taking on Gotham Girl. This means he’s clearly gone against everyone’s wishes and made his way into Gotham City, both putting Alfred’s life and his own in danger. Surprisingly enough, he more than holds his own against Gotham Girl, who’s been revealed to have Justice League-level strength.

The first of many huge moments of the issue soon follows as one branch of the Wayne family tree intertwines with another. Damian is in full Damian-mode — entitled, arrogant, but also highly capable and deadly — as the two come to both mental and physical blows. I won’t spoil how this turns out for you as it plays a large role in the next huge moment of the issue.

More on this later.

In the issue’s B-story, Bruce Wayne has finally woken up from his coma after fighting dear ol’ Dad and Selina is there to pick up the pieces. Whether it be through a calling or a sense of duty, Bruce feels the need to return to Gotham. This conversation is a reminder of why it’s been so much fun to watch these two develop both as a pair and individually. No one quite understands them in the same way as the other.

As a character, Bruce is known for always being a step ahead of his opponents, and even his allies, as if he can see everything. “When will you learn. You don’t see everything. You stupid, beautiful man…” she tells him, as he prepares to strain their relationship and risk throwing everything away, yet again.

I wouldn’t be the least bit upset if this series ended the same way it developed by closely examining these two and how their lives intersect.

Now, for the big moment that will surely have all of comic book fans talking for a month.

After winning his battle against his alternate dimension grandson, Thomas Wayne feels that he must teach his progeny a lesson in hubris. The rule was, if anyone in the Wayne family came to Gotham, Alfred would die. And thus, in a full-page spread that’s burned in my brain, Bane snaps Alfred’s neck right in front of Damian Wayne.

This is HUGE, folks. It’s one of those things you never really think about until it happens. Even though we’ve gotten very close in other renditions of Batman, it was never like THIS. There’s surely going to be hell to pay and I can’t wait to see it.

The fallout of this decision will stick around for a while. It has to. It has to serve as a reminder that the stakes in these stories matter and take readers to a completely new world they’ve never been to.

King and Co. have been talking about how this series will have some long-lasting effects on the Batman mythos. If this is what we’re getting with so many issues left in the story, who knows what’s left.

The decision to make a move this bold is never an easy one. As a reader, I’ve gone back and forth twice between thinking it was a great call, thinking it fell short, and thinking it was an over-correction in the pacing of the story. Any of these could be right. We’ll have to give it a couple of issues to be sure, but I’m there’s definitely going to be a lot of division among readers on this for a while.

If any of these King stories get adapted, I’m going to be bracing myself to see if they stick to this path. Because a mainstream audience won’t be anymore ready than the comic book one is now.