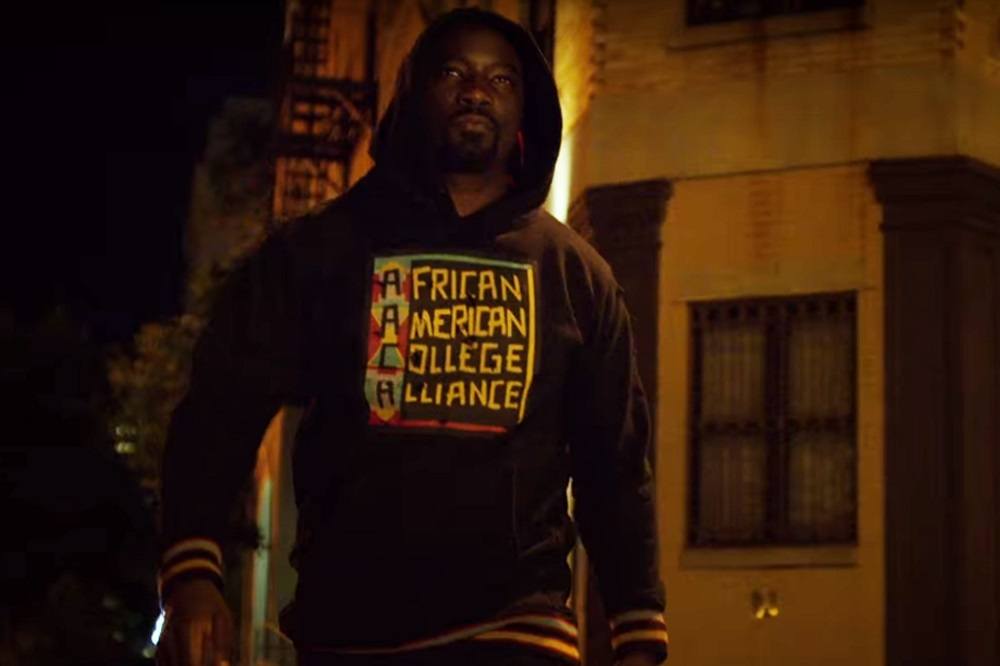 The Luke Cage Syllabus: A Breakdown of All the Black Literature Featured in Season Two of the Netflix Hit

***Some spoilers for Season Two of Netflix’s Luke Cage***

As someone who thoroughly enjoyed the first season, I was hoping for the best, especially since the Marvel Comics Universe has taken some critical hits after Iron Fist and The Defenders were released. I had my moments of crinkling my nose at the Carhartt collaboration, the bad subtitles for Jamaican patois. Although I enjoyed the 1990s hip hop references, especially when they were well-choreographed fight scenes set to a Wu-Tang classics like “Protect Ya Neck” or Luke Cage’s stiff little dab in the first episode, but the richest aspect of season two is how it expands on the identity of black people converging in New York City.

As this season unfolds, the references to hip hop and books differ from season one, but we go deeper into other diasporic influences—blues, reggae, kung fu movie style, and gang culture peek out as influences too.

In the first episode, Luke is holding Between the World and Me by Ta-Nehisi Coates, the popular collection of essays address blackness and masculinity in America. 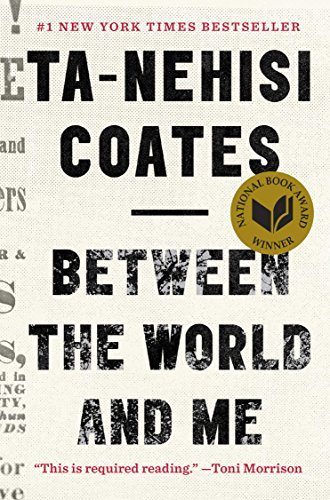 Luke is chilling on the couch with Claire when he closes Charcoal Joe by Walter Mosley, another Easy Rawlins mysteries—which he seems to enjoy, if you remember his reading choices from season one.

Nina Simone is a sonic presence in several episodes from episode one to mid-season. It’s easy to find any number of “greatest hits” compilations by Simone and there are a few biographies, including I Put A Spell On You: The Autobiography of Nina Simone written with Stephen Cleary, Alan Light’s What Happened, Miss Simone? (released shortly after the Netflix documentary with the same title), and the picture book Nina: Jazz Legend and Civil-Rights Activist Nina Simone by Alice Briére-Haquet and Bruno Liance. 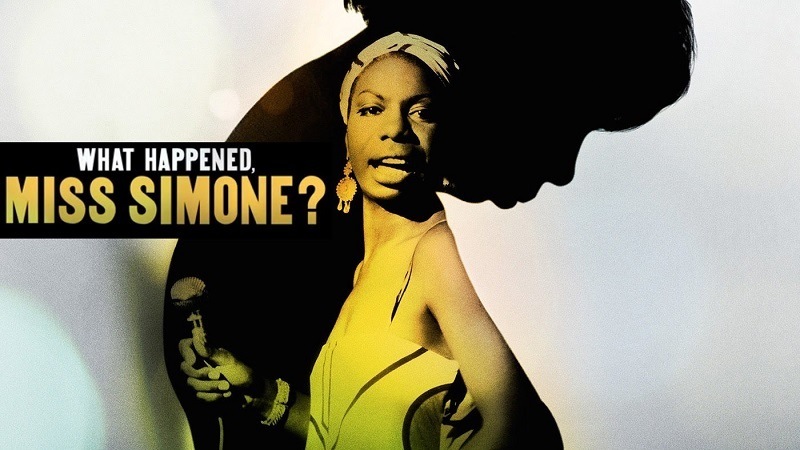 As the season progresses, it becomes clear how African and Jamaican mythology plays into how Bushman, his Uncle Anansi, and some of the other characters are defined. Emily Zobel Marshall’s Anansi’s Journey: A Story of Jamaican Cultural Resistance or the collection Jamaican Song and Story: Annancy Stories, Digging Sings, Ring Tunes, and Dancing Tunes might be a beginning to understanding those stories. Bob Marley appears in the sonic background too. There’s So Much Things to Say: The Oral History of Bob Marley by Roger Steffens and Linton Kwesi Johnson or Kwame Dawes’ Bob Marley: Lyrical Genius are two possibilities to explore the Jamaican legend’s story.

The presence of Carnival, especially how it appears on Brooklyn’s Eastern Parkway is featured in season two. Although Edwidge Danticat and Rene Depestre have written about Carnival in Haiti, it might be worthwhile to check out Caribbean Carnival Portraits/ Retratos del carnaval caribeño by photographers Mario Picayo and Mariano Hernandez. 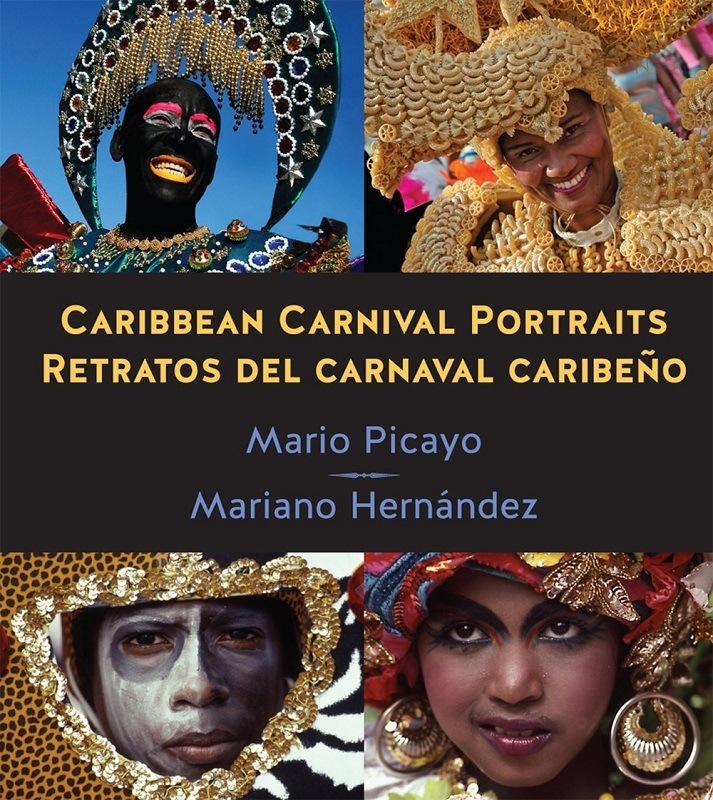 Piranha Jones moves in the financial business world and has personal ties to Why Should White Guys Have All the Fun? by Reginald Lewis. Lewis was the first African-American to start a billion-dollar business, namely Beatrice Foods. He is also the namesake of the Reginald F. Lewis Museum of Maryland African American History & Culture.

As the show references the warring ethnic groups throughout the city, it’s notable to notice how immigrants have constantly shifted and built the culture of the city. Nancy Foner’s New Immigrants in New York City offers a history of many of those groups. Although there is an actual gang called Shower Posse, The Stylers seem to be a close imitation to them. You might want to read Desmond Skyers’ fictional work Jamaican Gangs of New York.

In a flashback from the 1980s set in Jamaica, viewers see a young Mariah Dillard reading a paperback copy of Toni Morrison’s The Bluest Eye. It’s an interesting inclusion when colorism pops up in one of the episode’s moments of dialogue. 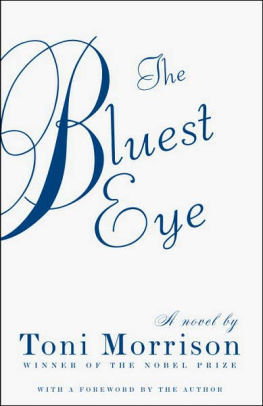 Mariah’s daughter Tilda runs an apothecary that blends her Western medical training with her plant-based practice. There are a few books that are easy to spot, like Sacred Sage Spirit Medicine, Susun S. Weed’s Healing Wise, Mycomedicinals, but other herbals are more difficult to identify. As Tilda appears more in this season, Medicine Women, Curanderas, and Women Doctors by Bobette Perrone, Victoria Krueger, and H. Henrietta Stockel might be worth perusing. 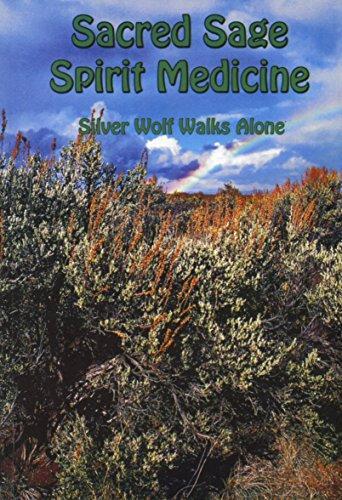 While Tilda pores through the many herbals in her apothecary, Christone “Kingfish” Ingram makes a notable appearance as the young blues singer powerfully crooning the Roy Hawkins and Rick Darnell classic “The Thrill is Gone.” As he sings, the scene cuts back and forth from his performance in Harlem’s Paradise to Tilda’s apothecary. Paul Oliver’s Blues Fell This Morning, Amiri Baraka’s Blues People: Negro Music in White America, and Voodoo & Hoodoo by James Haskins are three books that would shed some light on the intersections between the music and the practices hinted at in this season of Luke Cage. 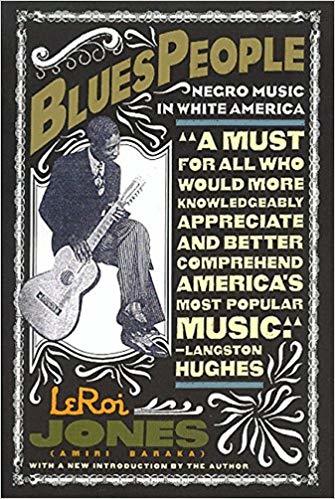 Of course, the Bible returns as reference point as Luke’s father, a pastor, becomes part of season two. Rev. Lucas quotes Psalms 27:2, and the Bushman calls himself “the stone that the builder refused” which is a reference from Psalms 118:22. However, Rastafarian and Jamaican culture is steeped in the Bible and The Kebra Nagast, a sacred text in the Rastafarian culture.

Bushmaster replaces the Basquiat crown portrait in Mariah’s office with a portrait of U.N.I.A. founder Marcus Garvey. So, it’s worth checking out The Philosophy and Opinions of Marcus Garvey by Marcus Garvey and Amy Jacques Garvey. 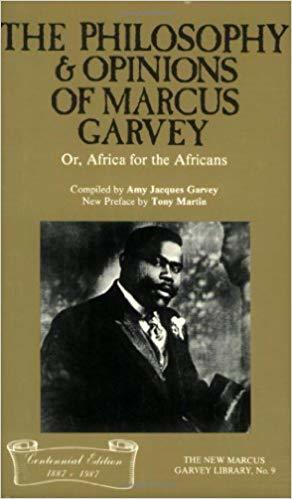 Luke Cage corrects someone for incorrectly citing Mobb Deep with the idea of “Survival of the Fittest” when it originated with Charles Darwin. If you know evolutionary theory, you know Darwin’s On the Origin of the Species is where the idea originated.

When Mariah walks her daughter Tilda through the Shirley Chisholm Complex to introduce her to the “Family First” initiative. There are prominent portraits of Sojourner Truth, Ida B. Wells-Barnett, Bessie Coleman, Zora Neale Hurston, and Mary McLeod Bethune on display. Mariah also mentions Maya, as in Maya Angelou.

In another scene, Luke is holding a stack of books. One of them is visibly the red cover of Colson Whitehead’s novel The Underground Railroad.

Reginald Lewis is not the only black businessman namedropped in season two. In 1970, Earl Graves founded Black Enterprise magazine to showcase black businesses and offer advice to aspiring entrepreneurs. Graves also wrote a book called How to Succeed in Business Without Being White. 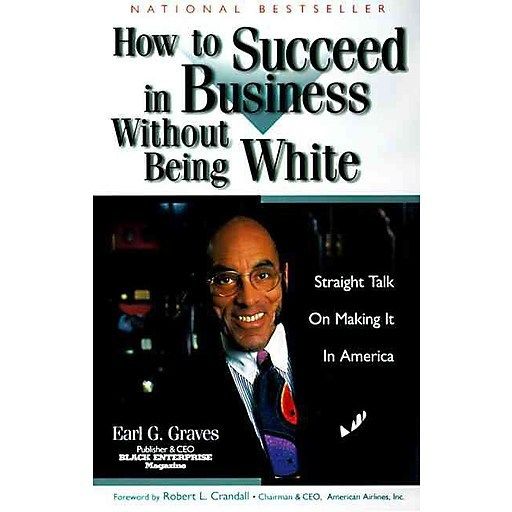 Although viewers will see the Basquiat painting again this season, you can get more familiar with Jean Michel Basquiat’s work in Leonhard Emmerling’s Basquiat in TASCHEN’s Basic Art Series or check out Radiant Child, Javaka Steptoe’s beautiful children’s book about the artist.

Mariah enters an auction to plot with other criminals just as the auctioneer announces a bid on a piece by Romare Bearden. There are many books about Bearden, such as The Art of Romare Bearden by Ruth E. Fine and Mary Lee Corlett, Mary Schmidt Campbell’s forthcoming biography An American Odyssey, or for poems inspired by Bearden’s work in Bearden’s Odyssey: Poets Respond to the Art of Romare Bearden edited by Kwame Dawes and Matthew Shenoda.

Later in the same scene, a piece owned by Mariah comes up for auction—a first edition of W.E.B. DuBois’ The Souls of Black Folk, the classic book where DuBois coined “double consciousness,” with handwritten edits from the scholar himself.

When the Bushman is being held custody in a paddywagon, he tells two of the officers about Nanny of the Maroons. She was not only a real person, but Nanny is the only woman honored in Jamaica as a national hero. To learn more about her, check out Karla Gottlieb’s The Mother of Us All: A History of Queen Nanny, Leader of the Windward Jamaican Maroons and Nanny’s Asafo Warriors: The Jamaican Maroons’ African Experience by Werner Zips. 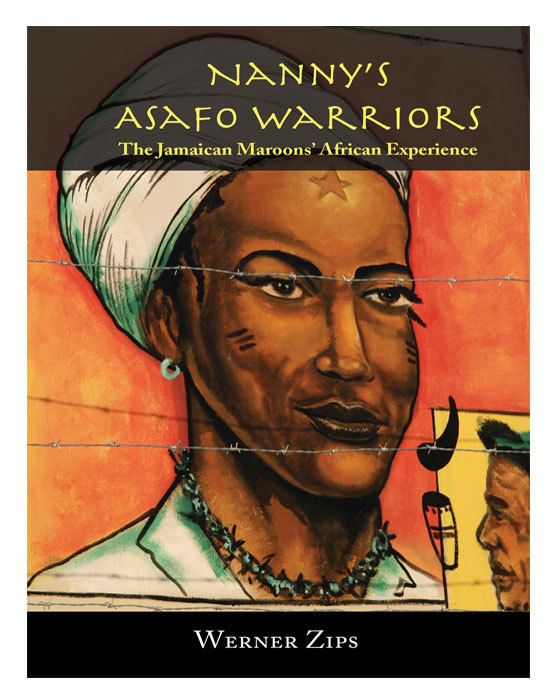 Although Columbia University Jelani Cobb is one of the talking heads debating Luke Cage’s moves on television in Pop’s Barbershop, he is an author as well. The Substance of Hope: Barack Obama and The Paradox of Progress is his latest book. The Devil and Dave Chapelle: & Other Essays and To the Break of Dawn: A Freestyle on the Hip Hop Aesthetic are his earlier works. Based on his subjects, it’s easy to see how Cobb fits into the flow of some of the show’s themes.

As season two concludes for viewers, it’s clear that Luke Cage has a lot of possibilities for a third season.