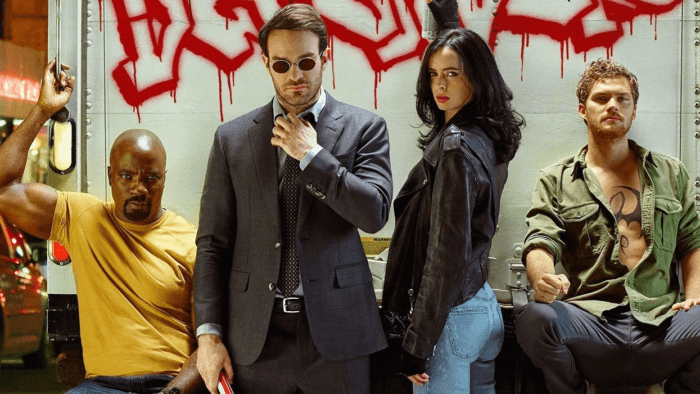 The Defenders dropped in one deafening, 8-episode pile of hype back on August 18th and I’ve only just finished it. Took me two and a half weeks. From what I’m told, I’m the first among my friends to do so. Rewind to when Daredevil dropped 13 episodes in 2015. How long did it take you to finish? Yeah, I was done in 6 days. I inhaled two hours of Matt Murdock throwing hands and getting dirty a day for 5 days, with 3 big hours on the last day. AND I WAS STILL THE LAST ONE FINISHED. Same with Luke Cage. Jessica Jones took a more measured pace because of how heavy it was — walking the path of PTSD, even comic book PTSD, isn’t something I can’t do for more than an hour a day — but somewhere in Daredevil season 2 the drive to binge it ALL RIGHT NOW died down. And now with both Iron Fist and The Defenders, the urgency was just gone. (I’ll be honest, I still haven’t finished Iron Fist. )

*Note: Not mentioning Danny Rand. Now don’t get me wrong, I’m as bored by Danny Rand as the rest of you are. Martial arts movies are part of my DNA, so watching kung fu of any kind done badly almost physically hurts me. But really, there’s enough off tone about The Defenders that Danny Rand is the FOURTH worst thing about it. That’s serious.

Regardless of how you rank them this was supposed to be the pinnacle of superhero television, but instead it feels like a mandatory pit stop on the way to more solo seasons.
Where has Netflix gone astray? What happened to their must-binge powerhouse?

1. Alexandra and The Hand

I love Sigourney Weaver as Alexandra Reid. Well, let me step that back, I love Sigourney Weaver. The melancholy evil that she brings to the aging Alexandra is as beautiful as any fading starlet, her desperate grasping at eternal life is poignant even as you realize it is basically built on the bones of other people. Except. Alexandra never does anything evil. She raises The Black Sky from the dead, using a magic potion. She walks around and spends goo-gobs of money. She has a corporation that does who knows what. There are some dead bodies she’s generally associated with. She threatens, and seems to have cowed, three of the baddest badasses ever assembled — Madame Gao, Murakami, and Bakuto. But what does she do, really? Not much.

Mostly, we’re supposed to believe she is evil because Gao, Murakami, and Bakuto have done evil and they’re scared of her…the old “I don’t believe in the Devil but I’m afraid of Keyser Soze” evil by reference act. Except it doesn’t work. And at the moment of her triumph, when she’s just about to have her maniacal laugh and begin to really run some shit, Elektra does her in. What the Actual ?? 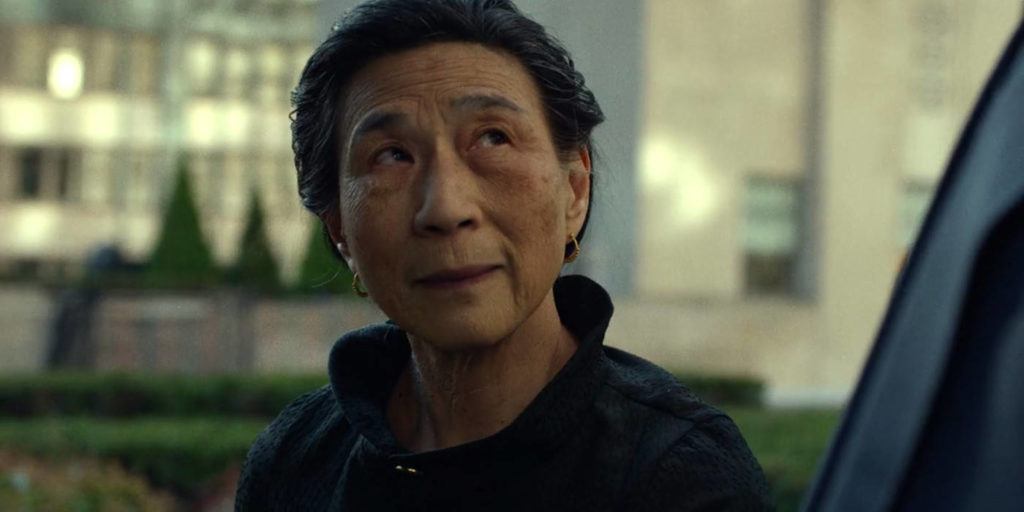 Now this could have been interesting, the way in Luke Cage that Mariah and Shades step on top of Cottonmouth’s still warm body when he dies and go on to rule from an even higher perch. But no. We got Elektra. How interesting would it have been to watch Madame Gao and the others manipulate Elektra, or just outclass her and get away scot free? Pause here to appreciate Madame Gao. If she was the big bad who’d quietly been manipulating all the other villains from all the other shows all along? I’d have been here for that. We could have had Gao and her Force Punch, but instead we got Elektra and The Hand that Can’t Shoot Straight. And let’s be real, The Hand is a boring villain to start with.

Ninjas. Bands of magical ninjas. They made a mess of Daredevil season 2, so what ever made anyone think they’d improve this show? They’re the sort of amorphous gang of baddies that comic books are full of, but that never actually motivate anyone to buy a comic. No one buys the comic to see the organized rows of Hydra agents, or the ravening hordes of zombies. We’re here for the super-villains. And in this case both super-villains and their minions fail us.

2. The “Lock All Our Loved Ones in a Room” subplot 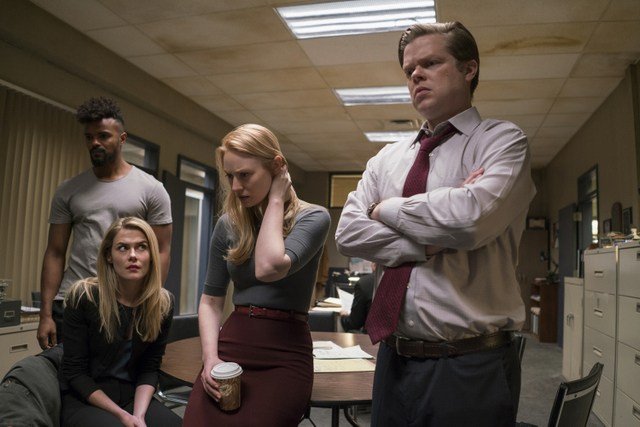 To impress upon the viewer that The Hand is Evil with a capital E, we’re told that they will come after everyone The Defenders hold dear. To protect them, the gang piles their friends into a Harlem police station under the watchful eye of Misty “when can I shoot someone” Knight. Now, outside of a short fight in a posh lunch spot, The Hand never really comes for the loved ones. This leaves everyone’s extended family loitering about in a variety of dingy, windowless rooms talking about heroism and responsibility while the action takes place elsewhere. This was supposed to turn up the tension, giving our heroes someone to fight for. But each hero has already proven that they’ll fight without threat to themselves or their loved ones — they fight for The City, not individual people.

What it actually does is drag the pacing down everytime the scenes switch. Which would you rather watch, Foggy and Karen talking about what a mess Matt Murdock is, or Matt Murdock making a mess out of a room full of faceless ninjas? I know what I turned the TV on for, and it wasn’t this. 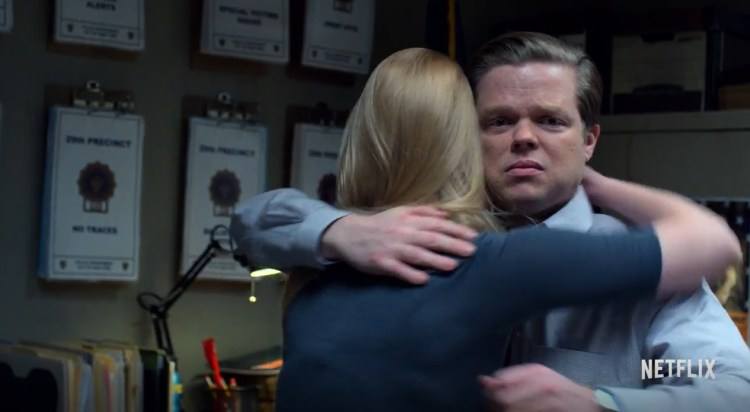 While we’re talking about them, Foggy and Karen are the worst support network ever. To quote a friend, they talk about Murdock like he’s a recovering addict, complete with feel-good statements about how close to healing he was and guilt-inducing pleas to “think about us.” Except his drug is saving people’s lives and defending The City from falling into a pit of dragon bones. They can’t pack their feelings away for one minute to consider what they’re trying to talk him out of? Being a good guy? Sure, his kind of good guy is a vigilante, but still, in the moral standing of comic book heroes, Matt Murdock is the goodest of the good. He’s no Punisher — wasn’t that what the whole of season 2 was supposed to tell us? I just wanted Trish to slap them both while Claire told them how responsibility works. That’s about the only thing that would have made that all worth it. On the upside, it did give us space to watch Colleen Wing get herself together under Claire’s careful tutelage. So that’s a win.

3. The Personalities of The Defenders Themselves

To be blunt: Jessica Jones is the best thing to happen to The Defenders. Why? Because she’s the only one who has a fully developed personality and therefore reason for doing everything she does. She’s also the only one who acts half-way logically throughout the whole show. Jessica is the one who asks the big question: who are these faceless ninjas? AND ACTUALLY WORKS TO FIND OUT rather than nodding along with Stick and Fist’s mystical blah-blah. Mystical blah-blah that they all make fun of, but that Luke and Matt follow along with anyway. I know they’re all comic book characters and therefore can’t be expected to have the depth of motivation of say The Fast and the Furious, but shouldn’t they at least have more to go on than the basic goodness that inspires any garden variety My Little Pony episode?

With all four of them together, along with the ancillary Stick and the “all our friends are friends together” side plot, there just isn’t time for any of these characters to stretch their legs and grow into the fight. The big change from beginning to end is that they are now a team. Sort of. Or at least they will back each other in times of need. They could have extended this into more episodes, clearly there’s an appetite for 13 episode seasons even for binging, but would that have helped? Probably not.

So what Netflix has given us is a snack to tide us over till our next favorite superhero comes back for their own solo event. Instead of the Big Show, we got a half-hearted supergroup of heroes who don’t really want to be on stage together but know they have to do so to keep their names in the press.

I watched The Defenders and don’t feel like my time was wasted. Watching Alexandra gracefully wilt, Claire hand out real talk, and Misty do anything at all is totally worth watching. And I’ve come to be fond of Colleen Wing — there’s something real about watching her step up that I enjoyed. There’s plenty of fight scenes and the Defenders fighting together is beautifully done, each of them with their own style. There’s some witty conversation and lots of jokes about the Iron Fist that indicate that no, no one in universe takes him very seriously either, but they do like him, the way we all have that random awkward white guy we’re fond of. But Netflix has lost that must watch pressure.

Catch this in the odd hour you have here or there while the laundry spins. We’re just marking time for Daredevil 3 and Luke Cage 2 anyway, and so is Netflix. 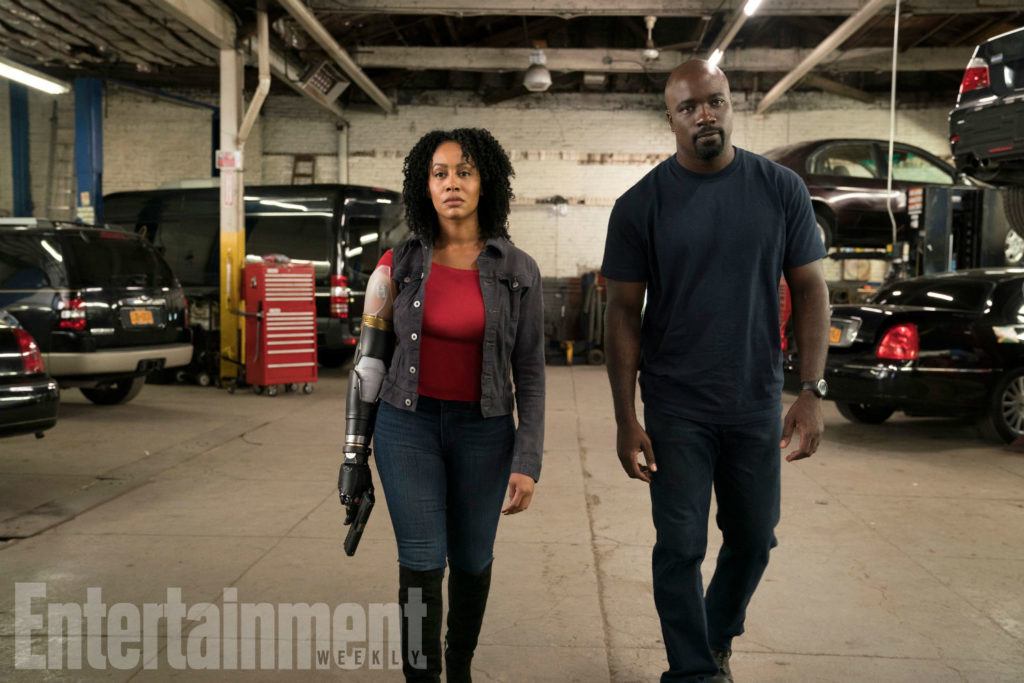