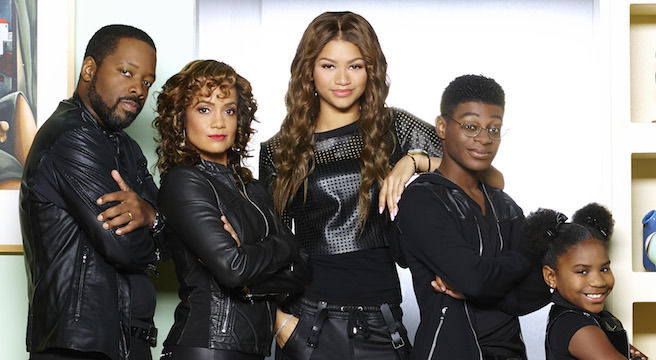 As our daughter closes in on her fifth birthday, my wife and I have become desperate to move away from certain TV shows and movies that seem to be on repeat during our daughter’s TV allowance. There are six seasons of My Little Pony: Friendship is Magic on Netflix and we have seen every episode of that season multiple times. As much as I love Doc McStuffins, Disney just ain’t coming out with new episodes like that anymore, so the viewings of those episodes, too, have sent the adults in the room to the breaking point of never wanting to see the adorable Black girl doctor in pigtails ever fix another toy (that’s not entirely true, Doc is ridiculous disarming so I could probably put up with re-runs for a while longer).

As my daughter has become more interested in live action shows, one that has been on our TV a lot more lately is KC Undercover, starring the impossibly talented Zendaya. Our daughter likes it because KC kicks bad guys’ ass with roundhouse kicks and stiff karate moves while being completely silly and willing to make a fool out of herself when not in combat. My wife and I enjoy it because KC is just one daughter in a whole family of secret agents. A whole Black family of secret agents. Even on Disney, the humor, the language, the slang is one that is familiar to us and there is a feeling of comfort for us as we simply want to be entertained for a half hour. We, as a Black family, didn’t accidentally land on an age appropriate comedy with a Black family. We seek these things out for reason. Primarily, because there was a time where there was so much less opportunity for that.

[quote_right]We, as a Black family, didn’t accidentally land on an age appropriate comedy with a Black family. We seek these things out for reason.[/quote_right]One of the reasons (hell, probably the reason) that Black Nerd Problems exists is because so many of us got tired investing time, money, energy and emotions into these types of media, never seeing people that looked like us or not like the half-hearted portrayal of people that looked like us and being frustrated about it to the point wanting our voices added to the commentary. We celebrate what we love, we roast what we think is trash, but we still consume a lot of media where we are present our not. Sometimes, for that purpose. It is the necessity of that, where I struggle. I interrogate, what it is that I really want when it comes to diversity, how often I get it and what’s the lasting effect. This show has Black people in it? Cool. Do I like the characters? Am I supposed to like the characters or is it by design of the character that I don’t? Am I sensitive to an unlikable character because there are so few Black characters on said show and THEY had to be the unlikable one? And who’s writing them? Do I, the consumer sign off on this portrayal? It is dizzying and frustrating and a great vacuum of energy for how some of us consume media. I’m sure some would say, “don’t worry about it, just enjoy the content,” but that’s an “I don’t see color” type of argument. If someone stole from you, you hashed it out with that person and can be in their presence again, you’re still probably keeping an eye on how full their pockets are when they leave your home. Its about trust and most content providers haven’t earned that yet.

Netflix released Part I of The Get Down recently, their over the top and textured fable about the Disco generation and the birth of Hip Hop in the gutted remnants of the South Bronx. I inhaled all six episodes in short succession, eager for the story, the music, the imperfect characters and the triumphs I hoped they would make. When I wrote about how much I anticipated this show when the trailer premiered, I simply didn’t know how much I would pour into it emotionally. Is it a perfect show? No. I’m sure plenty won’t even think it’s a great show. But it is my show. It is a story in a setting and income range that a younger me can identify with. It is telling an adaptation on the history of a culture that is as much a part of my life as my eye color. And these people, the beautiful Black and Brown people look like me. Or someone I know. Or someone I once knew. Experiences like that are euphoric for someone like me, but only because they fill the gaps of what once didn’t exist. I remember gravitating towards characters on TV shows or video games or movies simply because they were “the Black one” regardless if they were a character I actually would like or not. I was too young at the time or just simply wasn’t interrogating these preferences to know exactly what I was doing. I was calling out for someone, anyone, to consider me or someone that looked like me in the world they crafted. I often think about my father in just about everything now when I think about the state of representation. My father had the unique timing of growing up poor, educating himself and trying to solidify a base for his family when Goodtimes and The Jeffersons debuted in the mid 70s, and then advancing in the workforce with my mother and increasing our family’s median income by the time the affluent story of the Cosby’s took hold in the mid to late 80s. Its fascinating how the those shows may have mirrored the some of the more grounded experiences that my parents experienced, but probably only to me. I have no idea if my father gave any notion to how he was represented on TV shows in the past because he was trying to survive and raise a Black family in America. Having the time to count how many POC appear on your favorite TV show is definitely a position of privilege — for the most part. 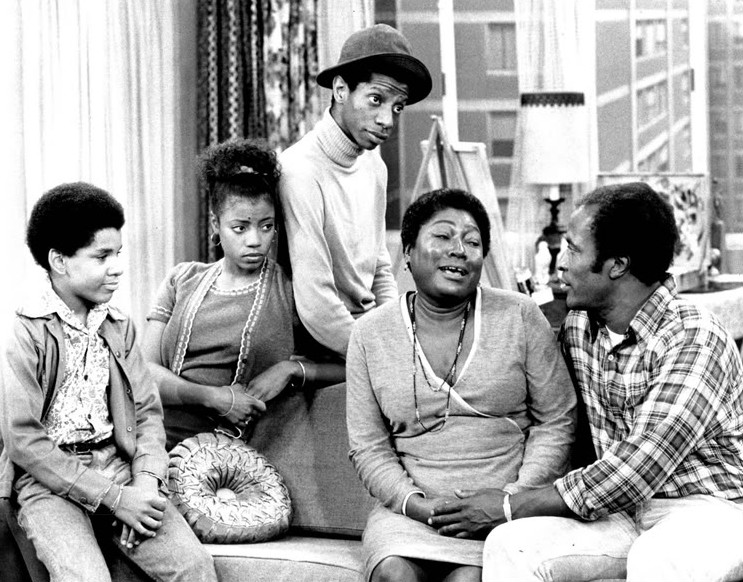 I think on what my goals are for diversification and what, if anything will truly satisfy my appetite for it. I know I want more People of Color in all roles possible, starring and supporting. I want video games that you can play as a Latina protagonist that isn’t because I created my own player or because the story incorporates Mexico in some way. I want so that when the queer storyline comes to fruition in a AAA movie, its not considered brave or taboo. I want Matt Damon to not be starring in a movie about the Great Gotdamn Wall. I want Scarlet Johannson to get her own Marvel movie as Black Widow, but not be the star of an movie adaptation of a Japanese Manga and anime that takes places in the fictional Japanese city of Niihama. I guess what I want is normalization: for marginalized voices to get the same opportunities whether in writing or performing and for White dude to no longer be the default.

[quote_left]I want Scarlet Johannson to get her own Marvel movie as Black Widow, but not be the star of an movie adaptation of a Japanese Manga and anime that takes places in the fictional Japanese city of Niihama.[/quote_left]This makes me wonder what exactly my daughter’s experience will be. The first year she will be eligible to vote in a presidential election will be the year 2032. I have no doubt that when she goes to the polls, her vote will be informed by something fueled by social politics of gender, sexuality, race, etc. I have little to no faith that many of the issues we face today won’t still be prevalent three cycles from now. But I do wonder if she will break down in tears while watching a show she loves, primarily because she’s seeing herself reflected in a way she’s not accustomed to. That is where I may have some optimism. There are miles to go for true progress in representation. Whether it be people that identify as transgender, non-binary, people with disability or people that identify as aromantic or asexual; there are plenty of opportunities to widen the net and be inclusive to an ever expanding demographic. But I also can’t ignore that at least three shows on ABC’s comedy line-up feature families with no White people in them.

There was a time when it became a big sticking point that Denzel finally won an Oscar for playing a villain after a career of worthy heroic roles, but now having Black actors in villainous roles is a sign that representation is not only served by magical negroes or faux Black Heroes with no attention paid to their Blackness at all. It sucks saying things like Roxanne Gay is the first Black woman to write for Marvel, but it is evidence of something, nonetheless. I would hope that we’ll get more books like Angela: Asgard’s Assassin that features a protagonist who is identified as gay and her lover who is identified as trans. These stories did not come cheap. We may think that a fictional character on TV and how they are identified don’t make much of a difference in a world with so many grave matters at hand. But people have bled for the right for their stories to be told and to not be washed away aesthetically while it’s told. That matters. It will always matter. And hopefully, it will eventually be something we don’t have to think about.