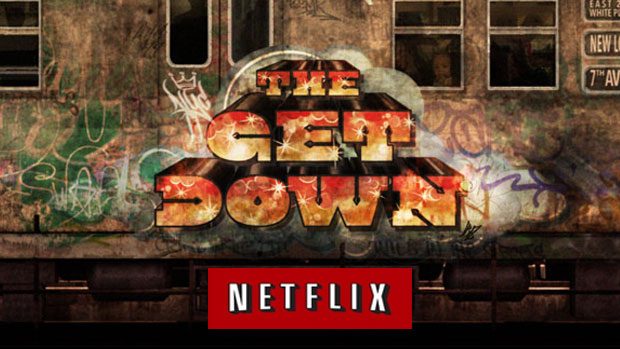 207 Shares
[quote_simple] “The Pale-Faced media tells us that we’re all going to hell.
Maybe we’re just the first ones to light the fire.”[/quote_simple]

Gotdamm, I say GOTDAMN. It’s 2016 and the atmosphere be so BLACK. Apparently Netflix be following Blacknerdproblems.com or my tumblr rants or just stumbled into the light, but are we finally, fuckin’ finally getting a Black Period-Television show? I mean, somebody tell me shit ain’t a drill and is actually happening? Chronicling the Bronx, NY in the 70’s aka the birthing of Hip Hop, the show will follow a group of Black teenagers living through the localized depression that was the Boogie Down during that time, the city development that literally tried to split Black neighborhoods in half and rise of the prominently identified and later most blatantly stolen folks of American Black Folk.

On the surface, this shit look Black as fuck. I mean, out on the stoop with your homie simultaneously rockin’ the same microphone, Black. I mean, dancing in your underwear because the beat too gotdamn dope to put on clothes first, Black. Grand Master Flash doing DJ bootcamp training? GET ALL THE WAY THE FUCK UP OUTTA HERE MY BODY IS NOT READY FOR ALL THIS BLACKNESS, Black. With performers like newcomers Shameik Moore (Dope) and Herizen Guardiola with veteran heavyweights Giancarlo Esposito (who played the best TV Villain in the last 20 years, lest you forget) and Jimmy Smits, this shit lookin’ like forces that just can’t be contained. This shit look like it was simultaneously inspired by 1980s Spike Lee and the shit that 2015 Spike Lee wanted to be.

Under the hood though…eh, we gonna have to wait and see. Baz Lurhman is the head of the project which comes with pros and cons. Would love to see a Black director headlining this thing, but ya know, everything can’t be Black Panther directed by Ryan Coogler, I suppose. Do we fuck with Baz? Ehh, I guess the real question is, do you fuck with Moulin Rouge, because 14 people saw Australia and The Great Gatsby was a gorgeous looking landfill. But, if you are doing a musical production, which The Get Down is going to be, not many folks better in the biz than the B to the, Z to the.

At the end of the day, I AM HERE FOR THIS. Young, Black and Unapologetic got a running start in 2015. Now these cats are on the downslope picking up maaaad speed. No release date yet except we know it’s this year. So I know it’s only January, but until this shit drops, you can’t sit with us TV if you all pale-everything!