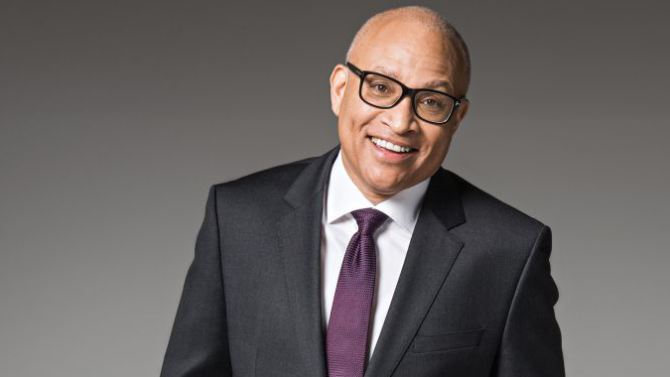 The sign above the 50th Street train stop says it all: “The Nightly Show: Evenings at 11:30pm after The Daily Show. No pressure.” With that two-word quip, The Nightly Show highlights what it does best: being as honest as it is clever. To fill Emmy Award-magnet Stephen Colbert’s former timeslot – which just happens to be following 19- time Emmy winner Jon Stewart’s timeslot – seems like a whole lot of pressure for a new comedy, yet The Nightly Show isn’t trying to fill anyone’s shoes or “replace” anybody. Instead, Larry Wilmore and his team are carving their lane through their own approach: sincerity. The Nightly Show with Larry Wilmore is a breath of fresh air by being the most sincere new show in comedy… and it’s hilarious.

Black Nerd Problems sat down with 3 brilliant minds behind the show, and asked them the tough questions the world wants to hear: Who rides with you in a zombie apocalypse? Cue the theme music, let’s introduce the team! 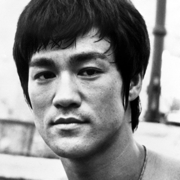 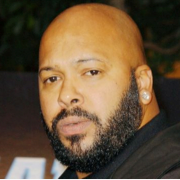 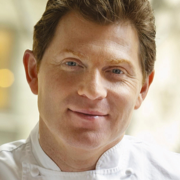 It’s hard to conduct an interview laughing so hard. Robin Thede is the woman in comedy you want to be, you just might not know it yet. From being Head Writer on The Queen Latifah Show and having written for Chris Rock, Robin is a ball of both energy and laughs. You know what else she is? A certified nerd, when she held Greg Pak’s new Storm comic in two hands and went into full fan-girl mode:

Robin is pure wit, and it shines through the screen during each opening segment of The Nightly Show. With much of the show focused on panel discussion, 7 minutes of introduction are the only real time for scripted jokes to both explain the topic and set the tone. Robin and the team integrate jokes that are clever and rife with current news, as a subtle nod to say “we’re not diving into this tonight, but we’re paying attention.”

She also gives serious thought to the dynamics of her zombie apocalypse team. Suge Knight is immortal, Bruce Lee is fast and small, and Bobby Flay can cook anything. 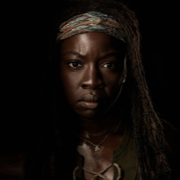 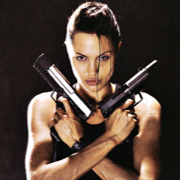 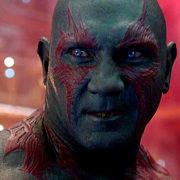 From producing The Daily Show from 2009-2013 to headlining his own standup comedy tours, Rory Albanese has been around the block and got to know all your neighbors. A down-to-earth, television aficionado, Rory enjoys the genuine feel of the show as one of the main reasons he loves it:

“The reason I love this show is the whole take we’ve had from the beginning of ‘let’s just be honest about it. Across the board.”

Since much of what makes comedy special is its ability to be relatable, the “Keep it 100” attitude behind the show allows it to be funny while offering more open and unfiltered dialogue. You see it from the panelists, all the way to Larry himself who Rory is less likely to edit or obsessively polish.

“Even if there’s a mistake, or he stumbles or flubs a line, I’m less inclined to re-tape it… it makes him relatable, it makes him a real person.” And with a host like Larry whose strength comes from being his authentic self, Rory knows what he’s doing. He’s keeping Larry relatable, and natural, and funny.

The main man in front of the camera, Larry Wilmore has been in comedy long time and you loved his work before you even knew it was him who wrote it. Since performing at talent shows in his teens and sneaking into comedy clubs underage where he once saw Richard Pryor, Larry saw signs – “indicators,” he calls them – that comedy would be the passion he would pursue in his career. That decision led him to writing for classic comedy shows like In Living Color, and later becoming the creator, writer, and executive producer of The Bernie Mac Show. Larry spent years behind the camera before deciding to step in front, and now with his own show he’s bringing a new feeling of candor and endearment to news-based comedy.

“We are the transfer student that was bused in from another neighborhood that everyone’s getting to know.” –Larry Wilmore, on defining the identify of The Nightly Show

Keeping with the themes of the show, Black Nerd Problems tested Larry with a “Keep it 100” question:

“I love her to death, she’s my girl, but… sorry, I’m going to have to poison Shonda Rhimes’ tea.”

The boss of “Keep it 100” did just that, and fortunately he won’t have to slip Shonda Rhimes the nightshade for his show to be successful. With a strong start as host, along with endless opportunities for discussing topics and highlighting new perspectives on his notably diverse panels, The Nightly Show is getting comfortable in its home on Comedy Central. Kick back on the sofa and pay attention – I expect the “transfer student” team will have Emmy’s of their own.

The Nightly Show airs Monday through Thursday on Comedy Central at 11:30 EST, 10:30 CST