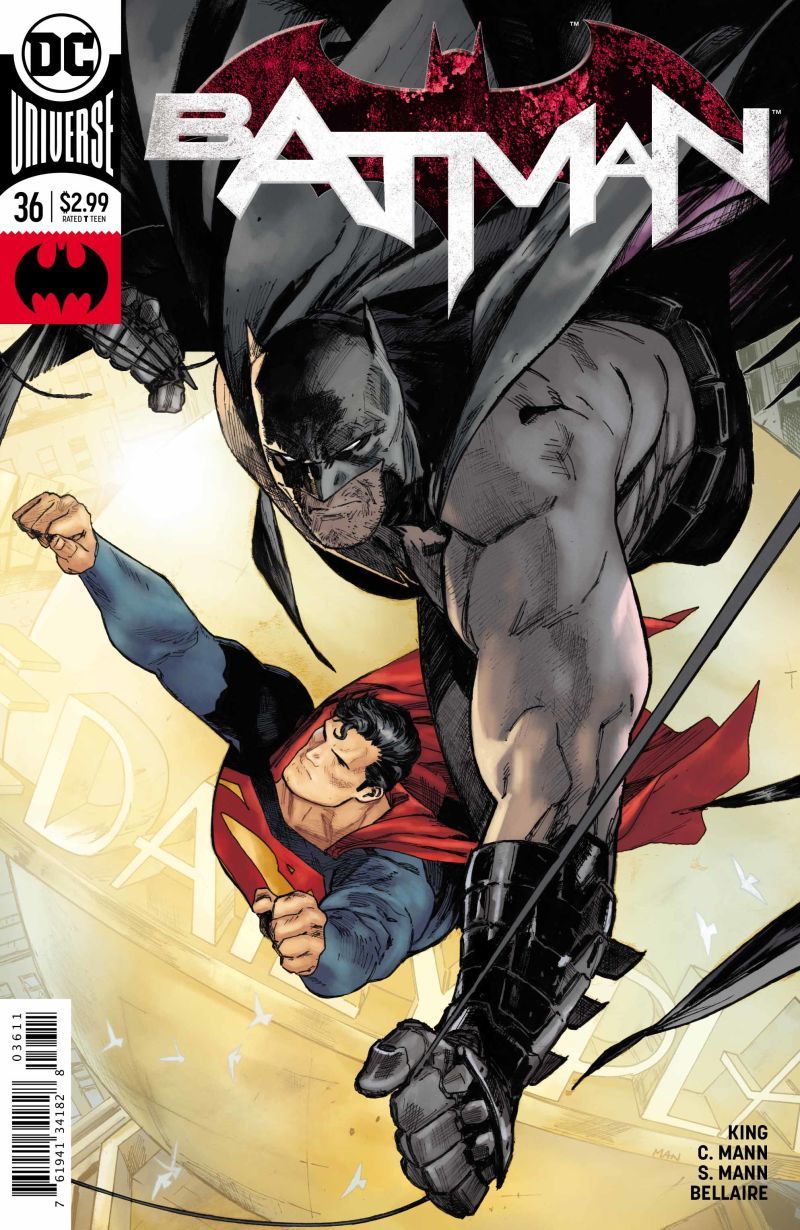 One of the best pieces of advice I ever got from my grandfather was about friendship. “Grandson, you’ll have a lot of acquaintances. But if you look back and you have a couple genuine friends in life, you’re fortunate.”

That conversation played in my head constantly as I read Batman #36 as friendship was the most prominent theme.

Batman is recently engaged to someone most people recognize as a super villain. As you’d expect, this is one of the multiple factors putting a damper on the usual post-engagement celebrations one would expect. The other is the fact that Bruce never really made time for friends. He’s had plenty of partners, but friends? People who you don’t necessarily need anything from outside of their company? That’s a lot harder to come by. [As Selina hilariously points out, Commissioner Gordon doesn’t even know his name and Alfred is technically an employee.] 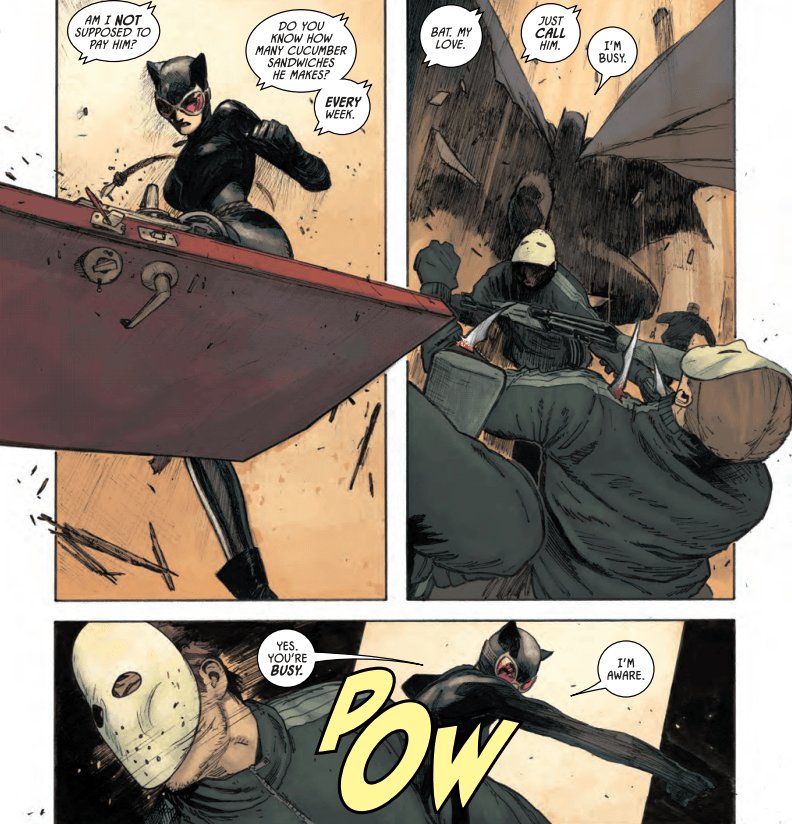 On the other side of this two-for-one story—which I must say, is a great story-telling audible—we’ve got Superman. A man who’s been ostracized by most of the world and deified by the rest, is in a similar situation. Finding out that Bruce is engaged puts him in a tough spot. If they’re friends, should he reach out to offer his congratulations? Or is he mostly a work-friend and would overstep if he did so?

The intricacies of the relationship between Batman and Superman reminds us that they deal with the same awkward social dilemmas that we do. The same insecurities and the same doubts. Fortunately, they now each have someone in their corner to get them out of their own heads.

This issue gives readers an interaction that they’ve been waiting for for more than 75 years. Clark Kent, Lois Lane, Bruce Wayne and Selina Kyle all in the same room. The payoff is worth the wait but watching King tell the story of the hidden parallels between Superman and Batman it took to get us here is what pushes this issue over the edge into a the highest level. 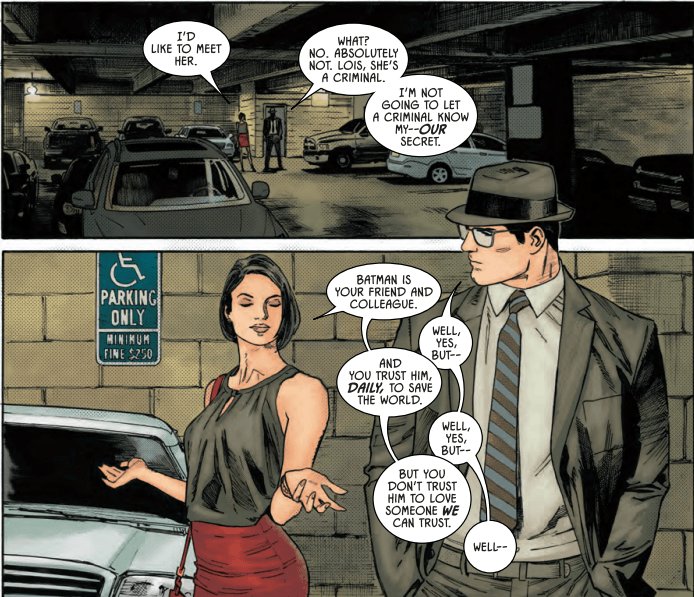 I’ll take a moment to share one of the handful of tests I put a comic through to see if it’s a good story. If the first thing I want to do after I finish it is re-read it, it’s good. If I want to sit in silence and enjoy the remnants of that first read, it’s great. But if I stop what I’m doing before I even finish it and start telling my friends all about it, it’s fantastic.

Let’s just say my text messages while I read this issue were all over the place.