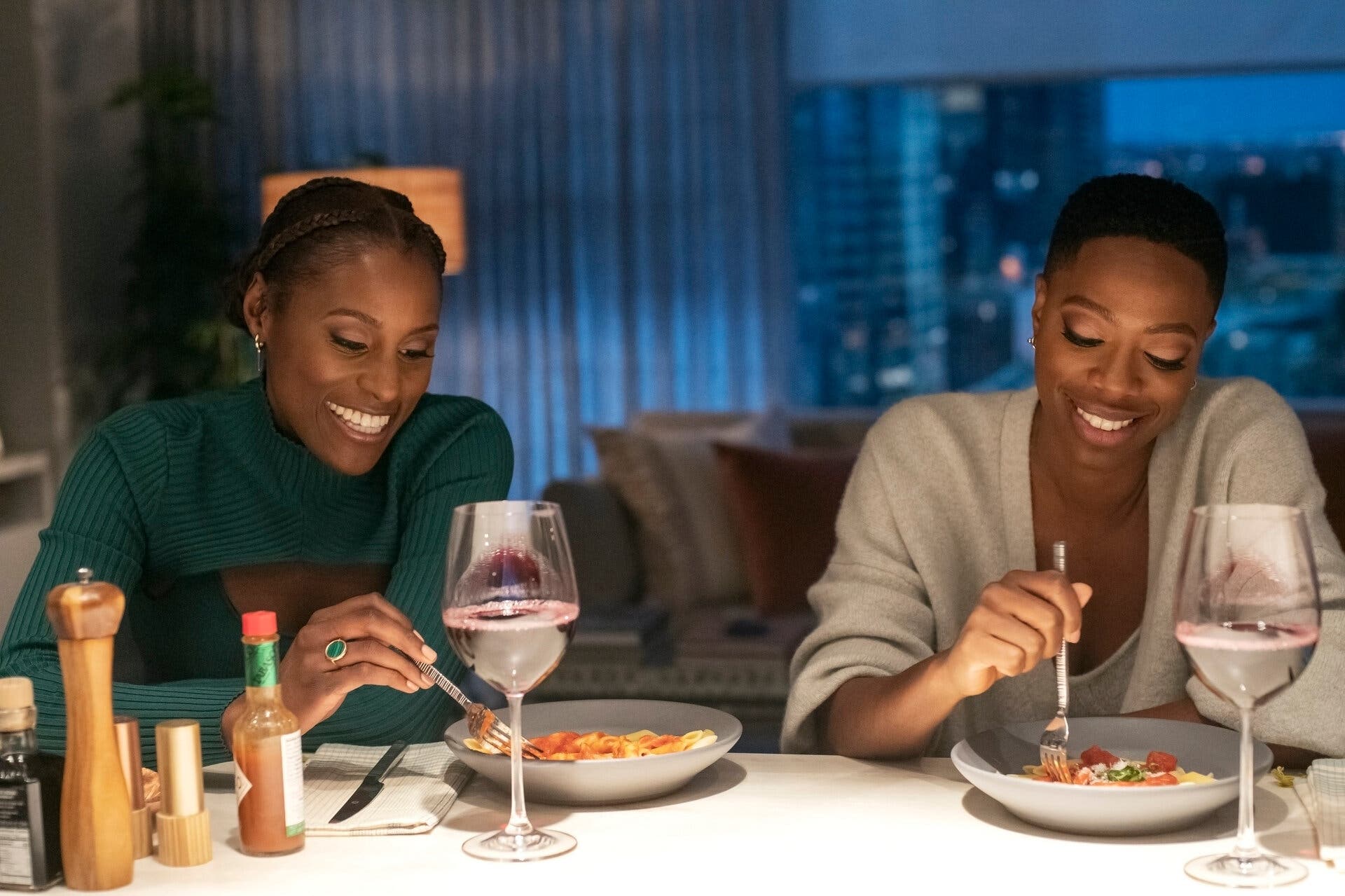 Issa got the BLOCC hot, Molly on her mindfulness, and the best relationship in Insecure history is back on track. Now, that’s how you fast forward. Issa is really out here doing the lawd’s work with the BLOCC. She’s hosting book signings and saving the lives of awkward-ass folks who compliment you then stay in your face 2 feet away for 10 seconds too long. Yeah, no.

Nevermind her. Back to Issa and Molly. They fren-friends again! Sleepover and satin bonnet-type friends. We love to see it. Speaking of friendships, Issa and Nathan are friends and clients now. Also, shout out to the Black woman changing her life, changing her hair trope. This is one I love to see. Molly’s cut is sugar sharp (as my momma would say). The rekindling of relationships and self reflection this season is real. It’s good to see my girls on this side of the game together.

Issa in her power suit giving presentations and folks wanna do what they do when it comes to up-and-coming Black folk- play pause games. Give excuses. Ask for a compromise. Oh, Crenshawn was dope when this was first pitched. He’s from the community and giving back to it, but he’s a risk now? Oh, word? You got too much money on the line and he doesn’t have enough experience? Cool, cool. NBW got new money and a bevy of issues, just like Nathan probably sitting on a bevy of biscuits. Shoot, Herbert got a bevy of dad-pics and he ain’t nobody’s daddy. *wipes brow* Chile, that hairline is giving every bit of born in 1964 and mama texting Molly his pics like he a snack. The dude is an aluminum foil tv dinner at best!

What are you looking for?

It seems like Molly is giving in to mama’s requests a little. She ain’t on the Hebert gospel train, but she’s back on Lead looking for dating prospects. Updating that profile means reflecting on her dating history and well, that ain’t easy. Advocating for your client ain’t easy either, but Issa jumped her NBW’s DMs and set up that breakfast date with the boss. They finally follow her lead, but it comes with a list of “notes” that Crenshawn ain’t feelin. Free men eat snacks on the job and free men create and flex their vision how they want to. It’s a thin line between compromise and selling out. Issa is treading that line tough and Crenshawn ain’t feeling it. After a little persuading, he decides to follow Issa’s lead. Yeah, sometimes you just gotta eat the sandwich, bro.

Not only is Molly reflecting on her dating life, she’s reflecting on her processing and reactions to her parents’ lack of estate planning. Giving your mama a call and saying sorry is not easy, but mama knows that little penciled notepaper wasn’t working. But no matter what she says, Herbert ain’t bringing it to nobody’s beach. Somebody grab some holy water for mama’s burning bush.

It’s the day of Crenshawn’s runway show and Molly’s fit ate like she was on the catwalk! You better walk into bessfren’s event like “we ova here now!” Quoia still leary of Molly and pulled out the metal detector, though. Protect ya neck, sis. She ain’t forgot about the block party in season 4. Molly ain’t the one with the heat, though. It’s Crenshawn. Forget them notes. He a artist and [fill in Badu quote here]. Compromise is not what got Crenshaw this far and he knows it. Issa is trying to help pave the way for him to reach a bigger audience, but is she doing it right? Regardless, Crenshawn brought the heat and Seth is feeling the fire. The fire got him feeling like it’s time to increase funding and move with Issa on new passion projects. Issa is feeling all kinds of… whatever feelings you feel that make you send that “you up?” text.

While Molly is embracing the change and going on her first date in over a year, Issa is hanging with Nathan at the crib. Emotional as all get out, when he gets ready to dip, Issa hits him with the “spinnanight” eyes. We saw this coming didn’t we? Well, at least I thought we did. What I did not bank on was my good sis crying into dude’s mouth during a kiss. YOOOO! That was the most random outburst ever. You cannot try to get it in when you are full of emotions on a full moon. Nathan was so taken aback. He was a good dude though, he held Issa while she cried. Nathan ain’t stay, but he at least let her fall asleep before he hit her with the…

Check out BNP’s other review of the show here. 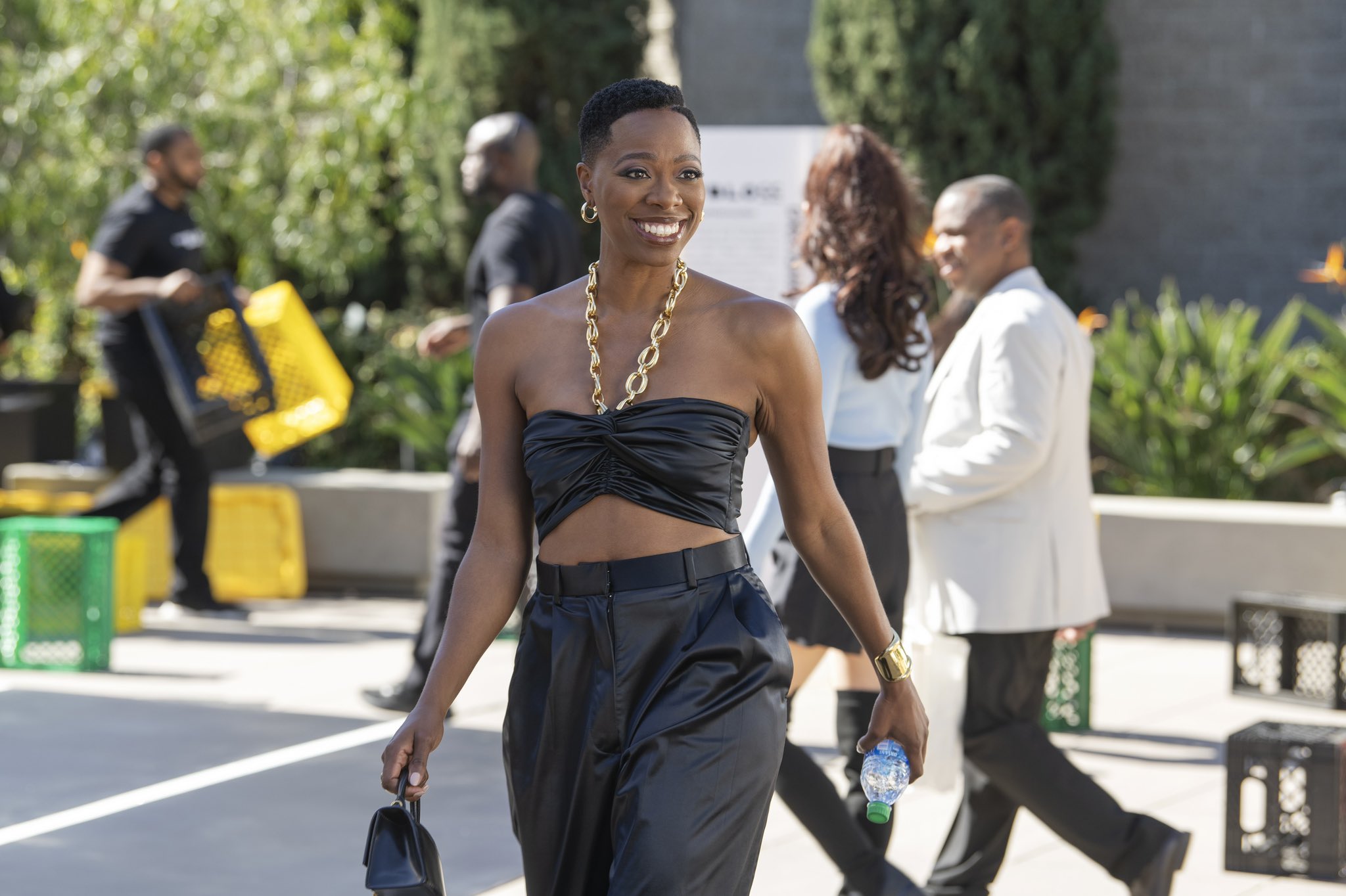