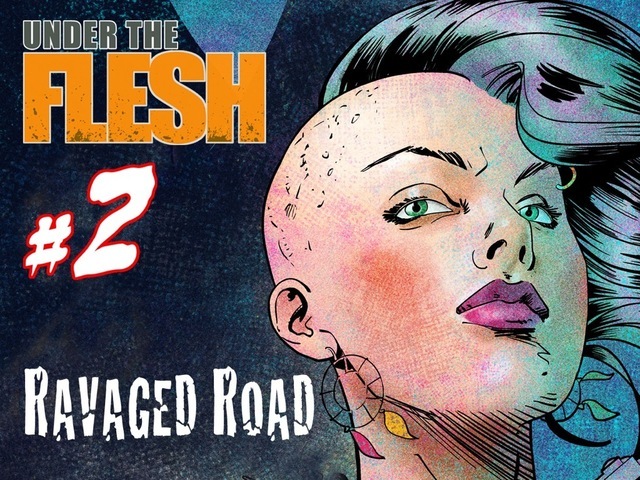 Lt. Ruben Lobos is about to break outta the hide out and venture into the wilds breaking all the safe house sandbox boundary rules. When held at gun point in order to be persuaded to stay we see Ruben display some quick instincts which he chalks up to the nanites. The group is really not given a choice but to let Ruben go out and wreak that havoc in order to find his girl. We meet more people out on the road, two men that weren’t under the influence of the pathogen but appeared to still be straight up dicks. Before Ruben can show them whose comic book this is he runs off into the distance still trying to find a trail for of his love. What he encounters is a horde of spooks trying to do him like he a Slim Jim. 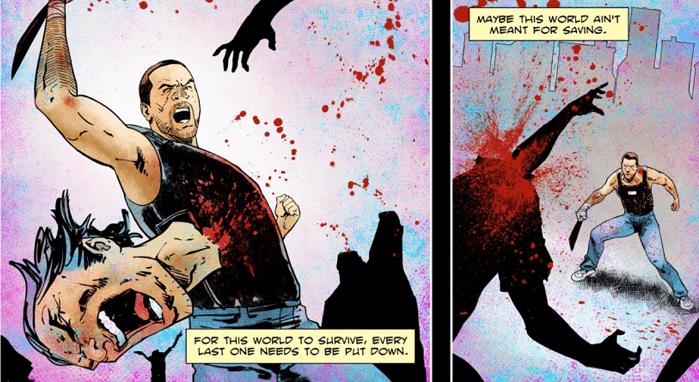 Art wise J.L. Giles rolled up his sleeves to put the readers in the thick of it this issue. We get Ruben in a frenzy whooping ass and inadvertently seeing what the perks of his new abilities are. We are also introduced to new characters via some dude’s scouting from the rooftop and a bad ass Agent Murdoch, the woman that is part of the government’s last stand against all this pathogen recklessness happening. you know Murdoch serious cause she is toting Cable’s gun from Marvel Vs Capcom 2.

Deltres didn’t fail to deliver on the action this issue seeing as how we already got the introductions done back in issue one. This book is pretty adrenaline strung and it’s going to be cool to see what other powers Ruben realizes he has and see if Agent Murdoch becomes the MVP Bae…. seriously, you got to read the issue to see her straight up rocking Cable’s hyper combo gun man.