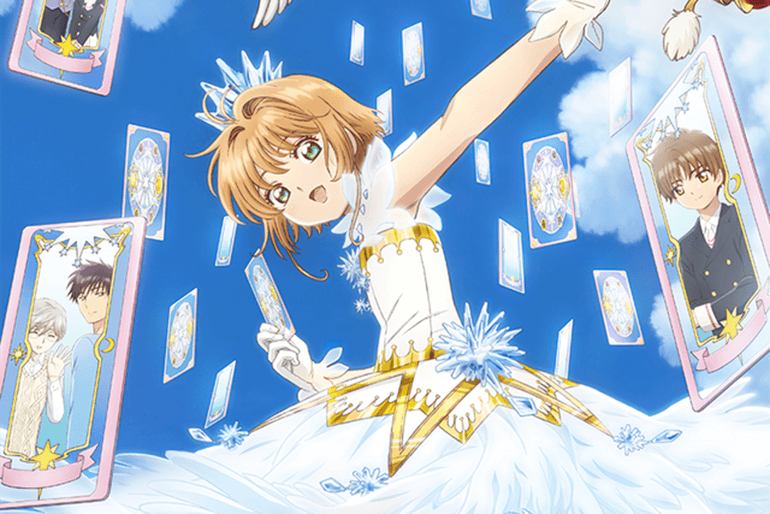 This year’s was a good winter — at least in terms of the new anime that kept me binge-watching through the season — and there’s plenty more to come this spring. For your spring viewing pleasure, I’ve rounded up a handful of favorites I’ve recently crossed off my personal queue — one for every mood. 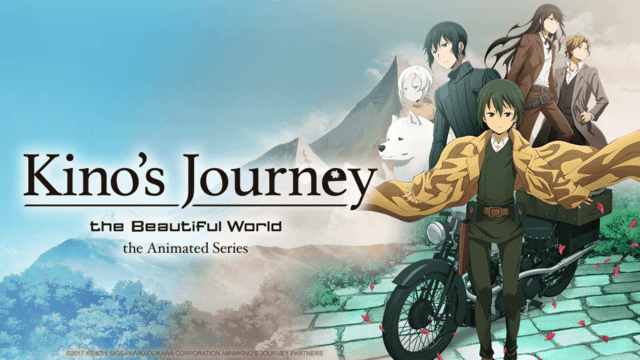 One of the fall premieres of 2017, Kino’s Journey is an odd anime that packs a punch, but not for the usual reasons. The premise isn’t particularly enticing: A young traveler named Kino visits country after country, for no more than three days at a time, with his talking motorcycle. Light on narrative and character backstory, Kino’s Journey is more about the people Kino encounters than our stoic protagonist.

Though Kino’s Journey definitely delivers in terms of its imaginative landscapes, it also illustrates those same landscapes with attention and care. The animation is stunning, full of lush color. More than that, the series gives each country its own unique feel and visual identity so each episode is a surprise, totally different from the last.

In short, thoughtful vignettes, the series presents the nuances of human nature, showing people’s capacity for evil and joy without judgment and in equal measure. Kino’s Journey bucks any easy sentimentality, instead aiming for sincere ways to arrive at the series’ conclusion: Yes, the world can suck, but even in its imperfection, it’s still beautiful.

Where to watch: Season 1 available on Crunchyroll and Hulu 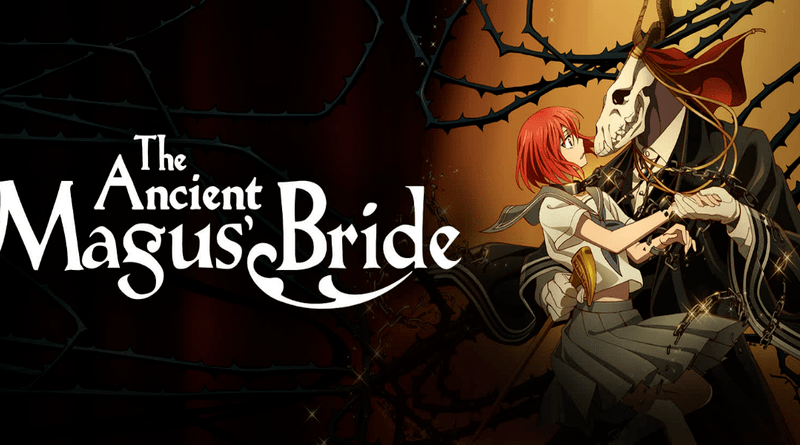 This one also premiered late last year and just wrapped up its first season last month. In this beautiful anime, Chise, a teenage girl with magical abilities is bought to become the bride/apprentice to an ancient, dark, fairy-type beast named Elias. Sound suspicious to you? I don’t blame you. The relationship between the two central characters feels like a case of Stockholm’s Syndrome a la Beauty and the Beast, and the series itself fails to properly define or reckon with it, safely hedging its bets on either account.

Despite the iffy and problematic relationship between the characters, The Ancient Magus’ Bride is refreshingly quirky. This show lives in a realm outside the usual fantasy fare, instead combining Japanese anime with primarily Celtic mythology and folklore, full of dragons and fairies of various breeds. A mostly mundane day-to-day drama with the occasional bursts of magical action, the series makes a slow build to its conclusion but still manages to be engrossing along the way.

Instead of going for a plot bloated with dragon fights and sorcerer battles (though, don’t be fooled; those are definitely there), The Ancient Magus’ Bride takes its time to ease its viewers into its world of witches and fairies. We see it all through Chise’s eyes. We witness her arc as she recovers from a traumatic episode of her childhood and regains her sense of self-worth through the help of those around her and her own magical abilities.

Where to watch: Season 1 available on Crunchyroll 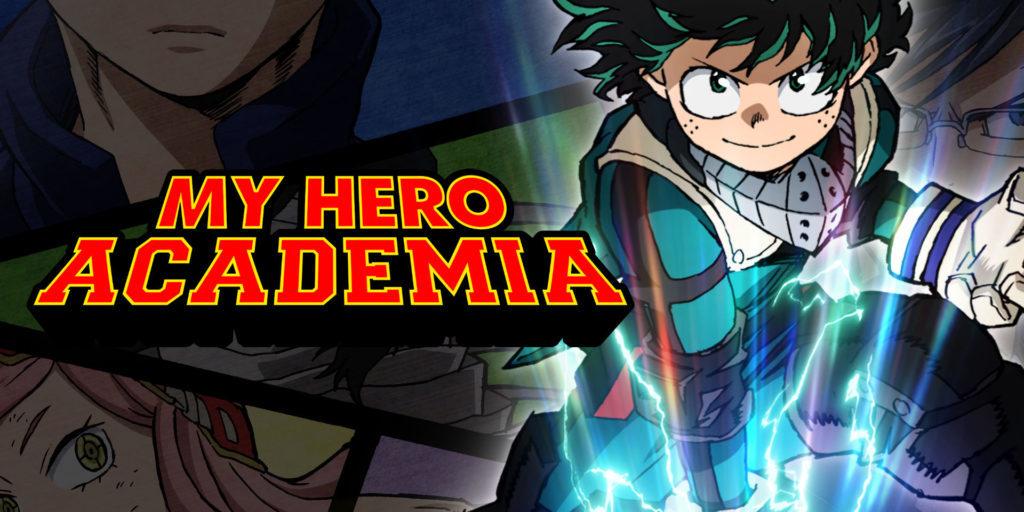 Yes, yes, yes, we all know about the release of Avengers: Infinity War coming up later this month. And you’re probably still a bit buzzed from the release of Black Panther in February (as you should be). But if you need more heroics in your everyday life, you need to be watching My Hero Academia.

The show follows the basic structure of shonen: a young outcast wants to be great, achieves a means to greatness, then works his ass off to save the day. In this case it’s not Naruto but Izuku Midoriya, a sensitive, kindhearted nerd who wants to be like his favorite hero, All Might, and serve as a symbol of justice in the world.

But in this world, where it’s normal for people to have powers (called “quirks”) and where being a superhero is just like any other career, Midoriya has no quirks and so is forced to sit on the sidelines. But when he meets All Might and finds a way to get his own super-powerful quirk, he has to train to get into U.A. High School, the top school for heroes. Then he has to fight to achieve his goal of becoming the next champion of justice. Of course there are stumbles along the way: Midoriya can’t completely control his quirk and meanwhile, he and All Might get targeted by an underground syndicate of villains.

For fans of shonen like Naruto and Fairy Tail, MHA covers similar territory with extra earnestness and heart while drawing from (and poking fun at) the tropes and aesthetic of traditional American superhero comics. Like its shonen predecessors, MHA is able to focus on the growth of the protagonist while simultaneously juggling the character backstories and arcs of his peers, all of whom have their own fun variety of quirks.

MHA swept the Crunchyroll Anime Awards last year with wins in the categories of Best Girl, Best Boy, Best Hero, Best Villain, Best Action, Best Opening, and Best Animation, so if that’s not an indication of how popular this show’s been, then I don’t know what is.

You can read other articles and recaps of MHA elsewhere on the site. 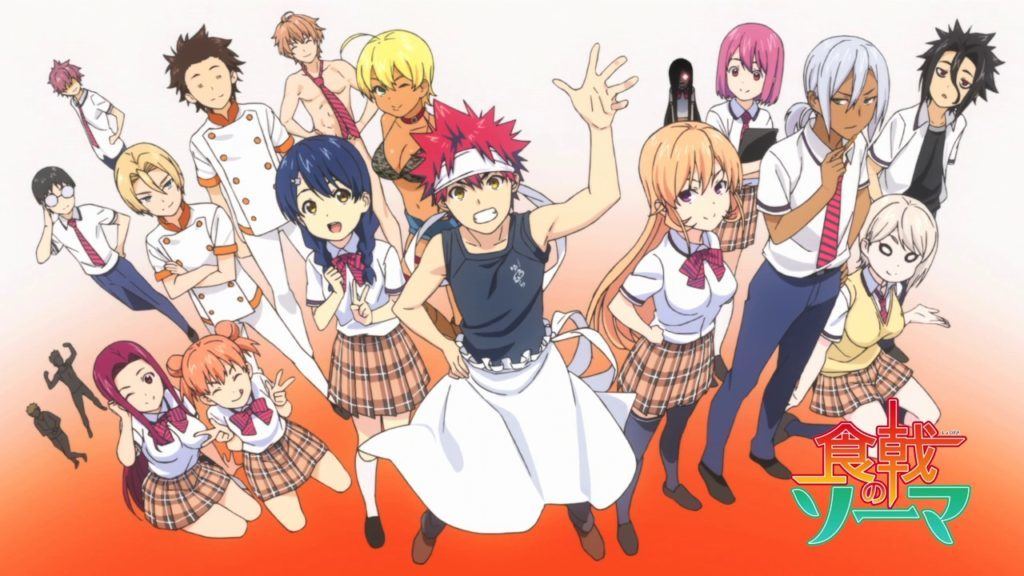 If you’re not watching Shokugeki no Soma, aka Food Wars!, then you need to fix your life right now. I’ve already waxed on about the show’s fascinating take on class politics, but even if you just drill down to the basics, it’s simply a great show about cooking. But I’ve never been one for the reductive arguments, so I’ll say it’s a great show about competition and the art of creation and innovation — through cooking.

Yes, we’ve got another shonen underdog story, and even if you’re put off by the (truly ridiculous) fan service in this one, the narrative is compelling enough to make those naked food orgasms bearable — though, let’s be honest, they’re so over the top, you can’t help but love them.

A lovable protagonist with creative takes on cooking and inflexible ideals about food and what it means to comfort and understanding, Soma is compelling to watch, and his arc — as well as the larger narrative of the show — has only improved over the course of the show’s two seasons.

Between the rising drama of the plot and the mouthwatering recipes (along with the beautifully animated dishes), Food Wars! promises another amazing season.

With magical girl action, fantastically queer characters and painfully cute fashion, Cardcaptor Sakura is hard not to love. If you’re like me, you’ve got a soft spot for this series, about a young girl who finds a book of magic cards that let loose and cause havoc in her city.

It’s been about two decades since the original anime premiered, but fear not because the ’90s never die — meaning the show’s back with the sequel Cardcaptor Sakura: Clear Card, picking up where the last series ended.

As Sakura starts junior high, Clow cards safe and in hand, suddenly the cards all go blank and she must figure out the cause.

For fans of the original — or just fans of shojo overall — this series is a must-see.

Where to watch: Season 1 now premiering on Crunchyroll and Hulu