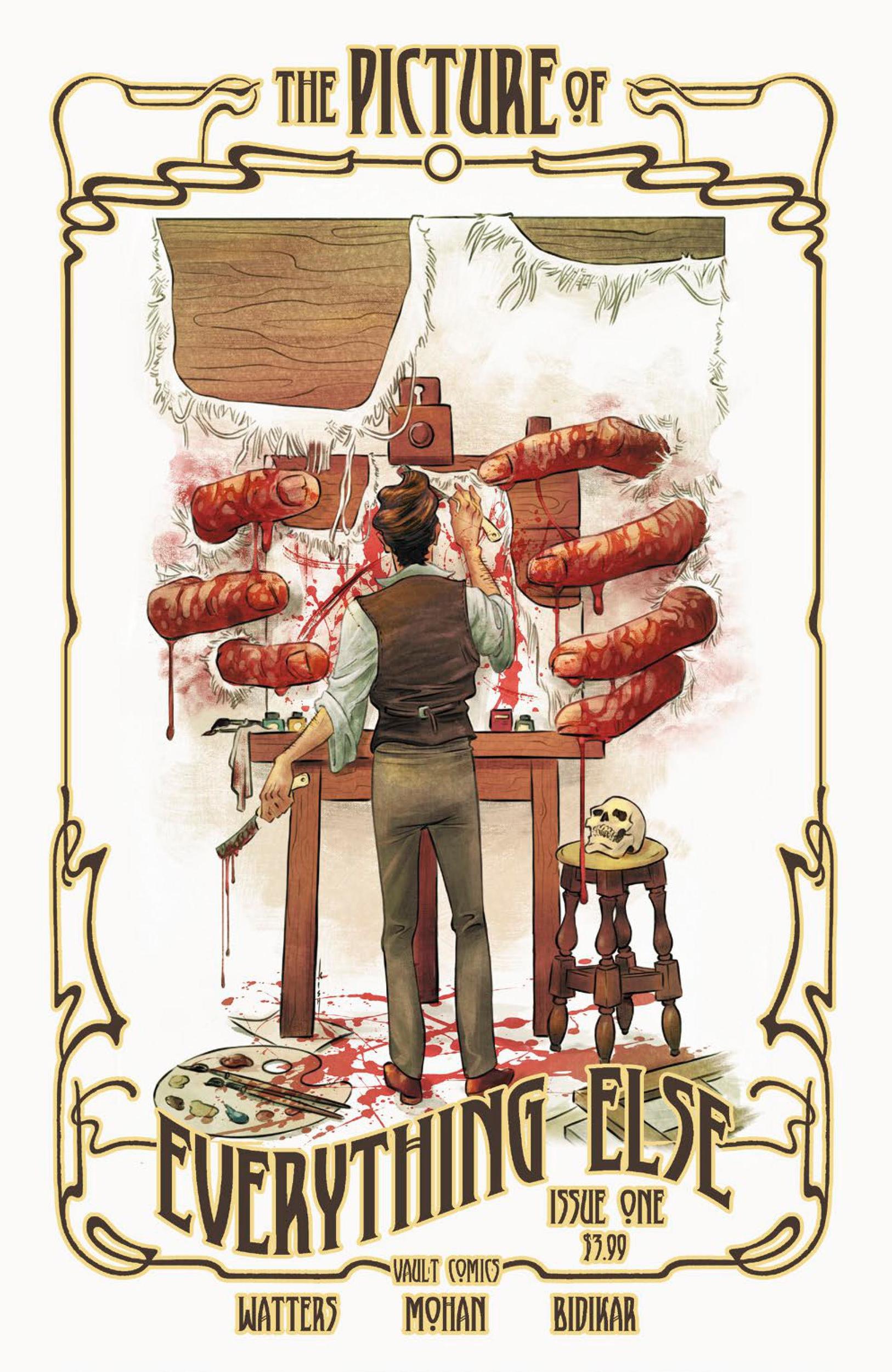 Dorian Gray is one of those iconic characters of Gothic literature, where even if you have never read the story, you are probably undoubtedly familiar with the mystique of the man and his famous portrait. And his name is invoked, you know that the story will inevitably deal with morality and mortality and some dark magic and that is what The Picture of Everything Else promised and in fact delivered.

From the moment you open the first issue, you’re treated to Mohan’s wonderful rendition of Victorian era elegance: A beautiful portrait hanging in a manor and finely dressed aristocratic folks. The visuals of the books are stunning and as the story delves further and further into its more fantastical premise, Mohan’s artwork evolves to meet the darker and more macabre story beats. There is excellent use of muted color palettes, lots of cool tricks with the lighting of different set pieces, and emotive characters that are given further personality with Bidikar’s lettering.

The story itself feels a little bit on the slower side. Watters spends the first half of the issue in a much more grounded tone, using the time to establish the relationship between the principle characters, Alphonse and Marcel, before even hinting at the core myth at the heart of the story. And it’s an interesting relationship between the two characters. There’s lots of good banter back and forth, a lot of tension that does set the stage for future conflicts, but the most interesting part of the story comes with the murderous painter on the cover and the invocation of Dorian Gray. And once we start getting glimpses into that world, I think that’s where the story really begins to pick up and really begins to draw me in.

And that is the double edge sword (or rather paint brush) of serialized story telling. The pacing within a single issue may feel off kilter but may make more sense within the larger context of the story. And The Picture of Everything Else succeeds in making me wanting to read more of the world now that the focus seems to be anchored on the magical aspects of it.

If you’re a fan of old Gothic literature or even Death Note, I think The Picture of Everything Else is going to be right up your alley. There’s a lot of things to enjoy within the pages of the comic, even if it took a second to really grab me personally.