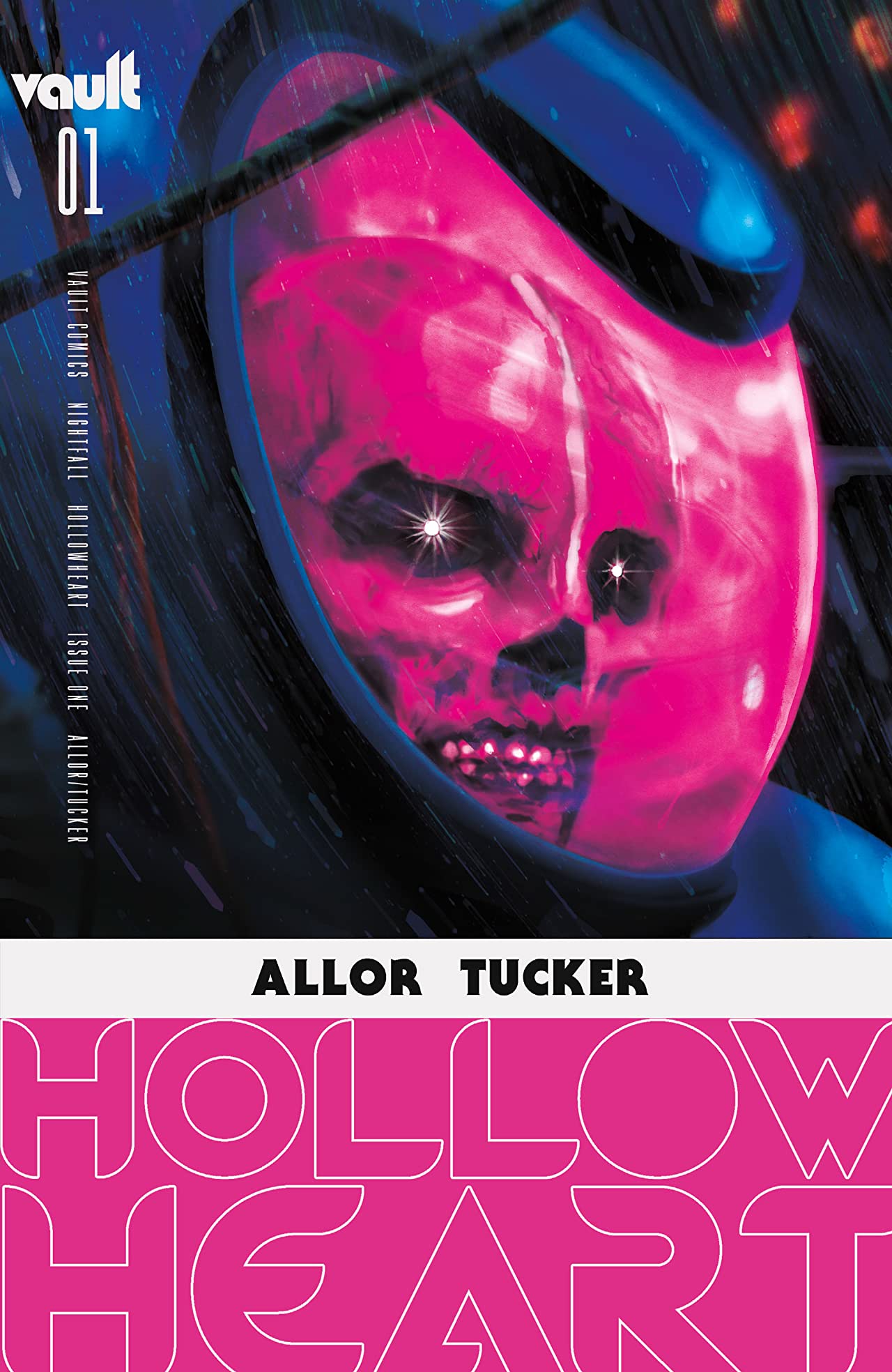 There is always going to be a small part of me that gets unreasonably excited when I see a large mech suit. There is an inherent fascination with robotic exoskeletons that just speak to me, and there are oh so many different manifestations and stories that can be told that feature a mech suit. Hollow Heart is not a robot story, although one of the characters is indeed confined to a robot.

Rather it has more in common with Guillermo del Toro’s The Shape of Water, where instead of a fishman there is an entity in a robotic suit and his caretaker and the complicated circumstances that surround the whole debacle. And appropriately enough, there is also an extended fish metaphor, but Hollow Heart is out here telling a very different story in a very different medium and is doing so incredibly well.

It’s not often that I am completely floored by the words and artwork to the point where I don’t know which to address first. Allor’s writing is captivating from the jump, with an air of intrigue from the first line and an expertly crafted cadence, bolstered immensely by how he lettered the opening anecdote with fragmented text boxes with small, but significant markings. Tucker’s artwork has a brilliant contrast of colors and you immediately feel at a home in the heavy sci-fi setting, reminiscent of Alien and its kin. And the principle figure, El, has a simply iconic look that is both familiar and unsettling in the best ways.

There is just wonderful example after wonderful example of incredibly cool things that are done with the spreads. The way that panels intersect and overlap. The juxtaposition and framing of elements. The use of negative space and pitch black to accentuate moods. One of my favorite moments is a short action sequence that is depicted within a dynamic ZAP on the page and it’s vivid and evocative and is just masterful execution of a story beat.

And all of that just technically happens in the prelude. I haven’t even talked about Mateo, the other principle character, who helps get the story started off proper, and I’m not really going to because I want y’all to find out more about him on your own. This is a story that immediately grapples your attention and there are lots of fascinating threads and themes, and I really cannot recommend this enough. This is one of the coolest starts to a sci-fi story I’ve read in a minute, and this should be a must add to your pull for a wide gamut of fans.