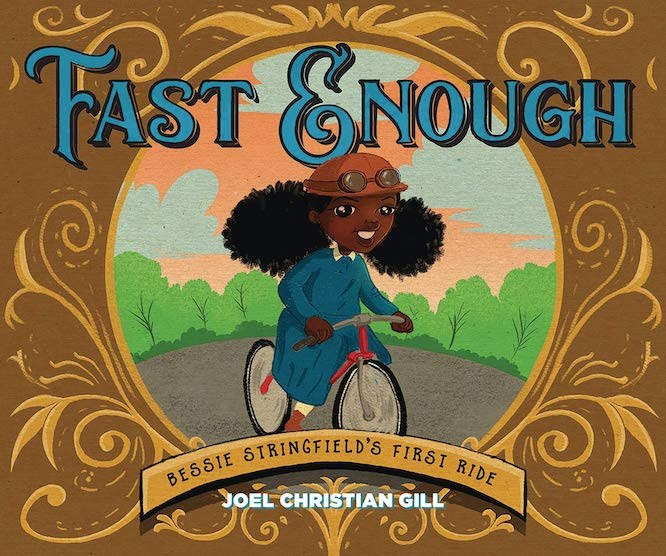 It is 2019, and I’m ready for more books about Black women that history hasn’t forgotten but also hasn’t had the chance to share them for bigger audiences through more mediums.

This time this offering comes in the form of a children’s book. I had no clue who Bessie Stringfield was. Her name did not ring a bell. I did know of another Bessie. Bessie Coleman was the first woman of African-American and Native American descent to hold a pilot license. But this Bessie Stringfield, who was she? Some research on my end revealed that she was the first African-American woman to travel solo across the United States on a motorcycle among many other great accomplishments.

She also had “accounts of being chased off the road as she traveled through the Jim Crow South; performing stunts on the Wall of Death at carnivals”. She was a pioneer and known as the “Motorcycle Queen of Miami” in a time when women weren’t encouraged by societal norms to ride motorcycles or do more outside the home. Her story is a fascinating one and one could almost consider her feats as superhuman or super-powered as she navigated the United States as a Black woman. No doubt, she experienced the home raised discrimination that’s a mix of equal parts of misogynoir way before it was coined by Moya Bailey much later.

“Fast Enough is for anyone who has ever been told that they are not enough. You are enough just as you are and Bessie’s story proves that”- Joel Christian Gill.

It’s a bright and colorful affair, and the dream sequences of our heroine riding across bodies of water and across outer space are fun and eye candy. They instantly spur up the imagination that girls, girls that look like Bessie Stringfield with brown skin and afro puffs, can do anything–not just the impossible. This makes for a great vehicle for representing not just the future queen of motorcycles from Florida for younger readers but representing more children of color and specifically little Black girls in books for a younger age group.

As short as the book is, I would have loved to have seen more female characters present within the book other than the off-screen words of Bessie’s mother and the ruffled little old ladies walking their dogs that the children speed past on their bicycles. The author, Joel Christian Gill (Strange Fruit), also gave Bessie the graphic novel treatment a few years ago by way of Bessie Stringfield: Tales of the Talented Tenth, no. 2 which is a great addition for parents, guardians, and educators to have to elaborate on this incredible and fearless woman’s life.

I do appreciate that the author takes time to add on the final page about new information about Bessie’s life that paints a different picture and that “this type of contradicting info often follows people who are larger than life…” and encouraging readers to look her up themselves, yet he still cements Bessie Stringfield as an amazing woman who was accomplished as she was a first. I loved the addition of adding in that she used the Negro Motorist Green Book to stay safe when riding across America as it can open up dialogue about how Black folks navigated the United States in an era not too long ago for the little ones at home. 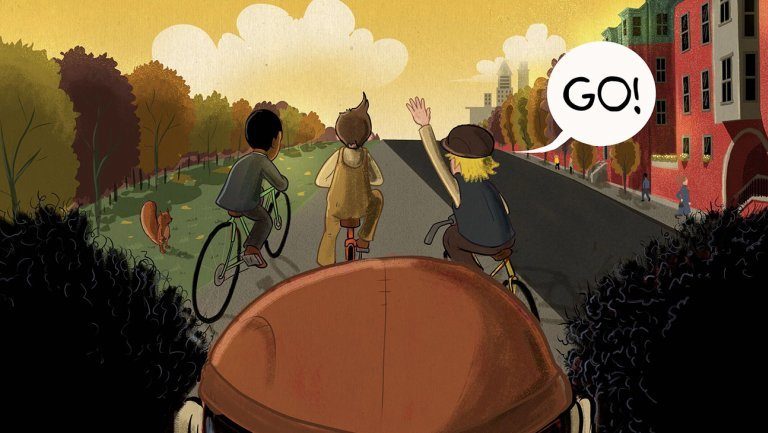 “Fast Enough, which introduces a black female motorcyclist—and the concept of forming your own ideas of what you can or can’t do…” -Lion Forge Editor-in-Chief Andrea Colvin

Overall, this is book for the five-nine age group and that may very well be a welcomed addition for those who want more stories of amazing Black women in their libraries at home or school. It’s an exciting little book about a little Black girl who pushes herself to believe in herself and to go fast! Fast Enough: Bessie Stringfield’s First Ride hits stores February 5th, in time for Black History Month, and author, cartoonist, historian, and educator Joel Christian Gill has more to share this year for #28daysarenotenough.

See more of creator Joel Christian Gill here on Twitter and on his personal website here. See more from CubHouse, Lion Forge Comics’ imprint for children ages 8 and under here.