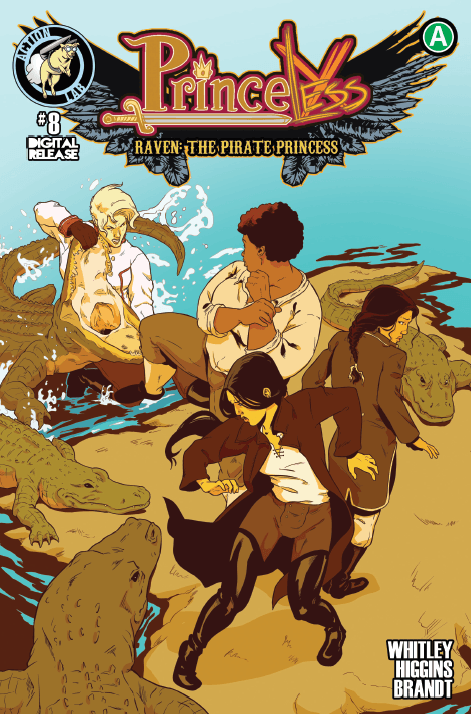 The title of this issue is “Have Fun Storming the Castle.” There is nothing like a good Princess Bride reference (Buttercup is one of the foremost rescued princesses of my media life) to get things started. This is one of the many things I love about Jeremy Whitley’s writing. While the story of Raven the Pirate Princess is definitely all-ages appropriate, there are allusions for we older readers sprinkled throughout. My kid loves Raven and the gang, without having to know who the Dread Pirate Roberts is.

So how does Raven and the crew fare in Free Woman’s Castle? Wellllll…

Things start out with Ximena and her half of the pirates scoping the joint. Cid and Amirah come up with a plan. 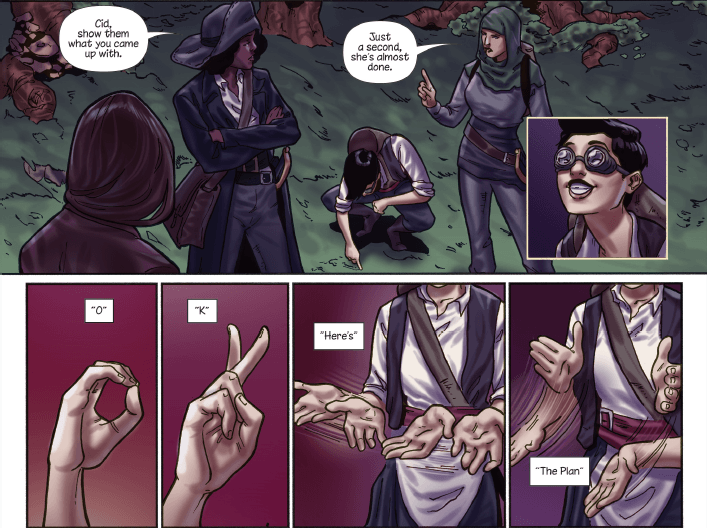 Yes, that’s American Sign Language depicted in the panels. Yes, that’s a deaf woman fully participating in the rescue of her teammates. This isn’t just inclusion for the sake of a quota. This is diversity of ability and experience integrated at every level. Have I mentioned today how much I love this comic?

Meanwhile, inside the castle we meet Crow and Magpie, Raven’s two brothers. Crow is the more aggressive, physical brother while Magpie is manipulative and aristocratic. 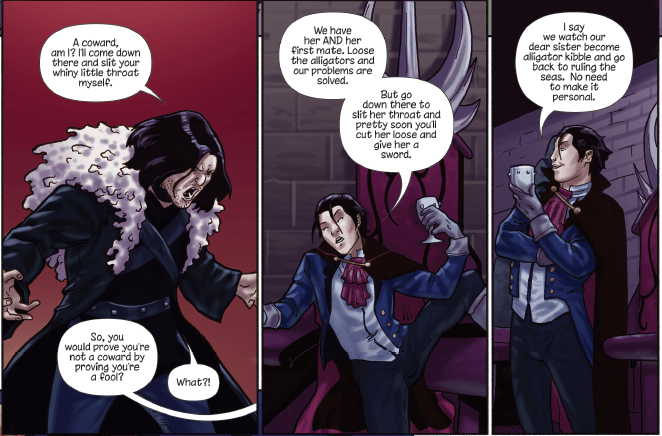 Both are equally evil. Nothing like meeting the bad guys to move a plot along. And move along it does. With Cid’s plan, Sunshine’s acrobatics, and Jayla’s explosives, they are all quickly inside the walls and making the pretender pirate princes scatter. The ensuing brawl involves alligators, absurdly dressed female ninjas, and fan-fave Katie showing off the kind of muscle that will get her on the cover of Sports Illustrated: Comic Book Edition. 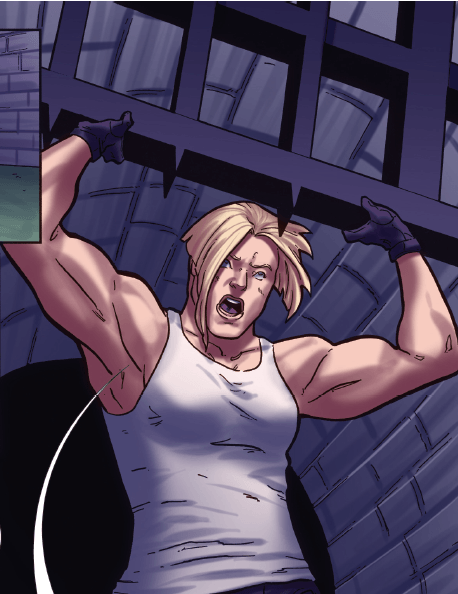 The art in this issue is generally good but without the real standout scenes of the last issue. The color is a little muddy for my tastes. Characterization remains the highpoint, with each pirate having a unique face, range of expressions, and style of dress.

In the end, Issue #8 is a defining moment for our pirates. Win or lose, they’ve learned to come together as a crew, flexing their strengths and covering their weaknesses. Things will only get harder for them from here on out and Raven has to ask herself some serious questions:

Is the price of vengeance too high?

How long does it take to learn Sign Language?

What’s Katie’s back workout look like and how can one get started?

Are you reading Raven: The Pirate Princess? Need to catch up on past reviews? Find reviews of other issues here.