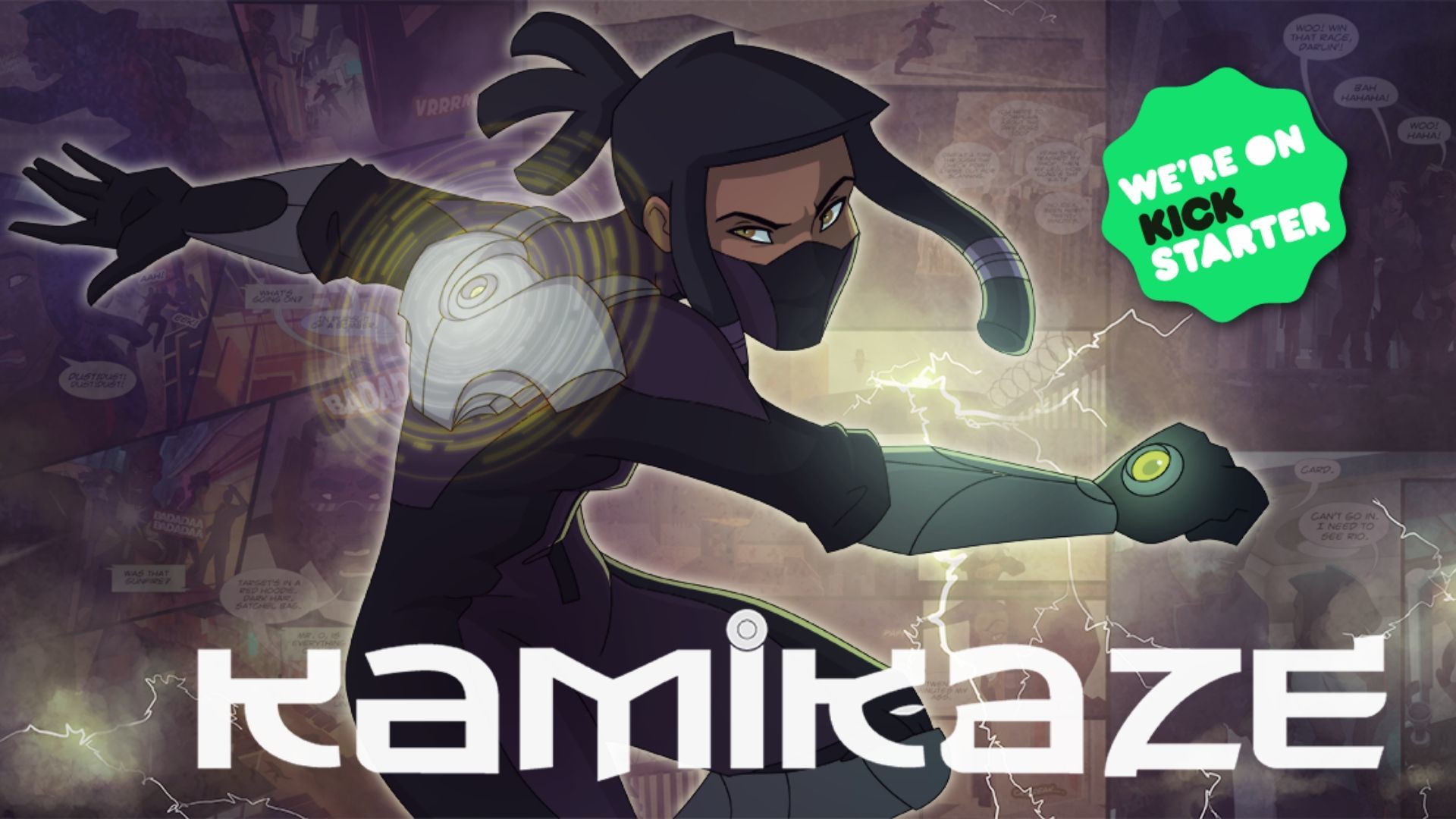 Moving Ink Media, the creative company behind the award-winning webcomic Kamikaze launched a Kickstarter two weeks ago to fund their animated pilot entitled Kamikaze: Embrace the Fire based on their main character Markesha Nin. Moving Ink is also in the game, set to publish the Kamikaze: Short Circuits anthology, with 4 new stories found in the same universe and featuring a diverse roster of incredibly talented guest artists and writers. The month-long campaign has a goal of $27K to fund the completion of both projects and as of today is 45% funded!

Created by husband and wife team Carrie and Alan Tupper, and the talented illustrator/designer Havana Nguyen, Kamikaze is set in a future dystopia where natural resources are scarce and what food there is controlled by corrupt factions. Markesha is a teenager who lost her mother and is caring for her blind father, making ends meet as a talented courier. When a routine delivery turns deadly, Markesha finds herself caught between warring factions. Now she’s an agent for the resistance organization that saved her and her secret identity “Kamikaze,” becomes a symbol of hope for her people. 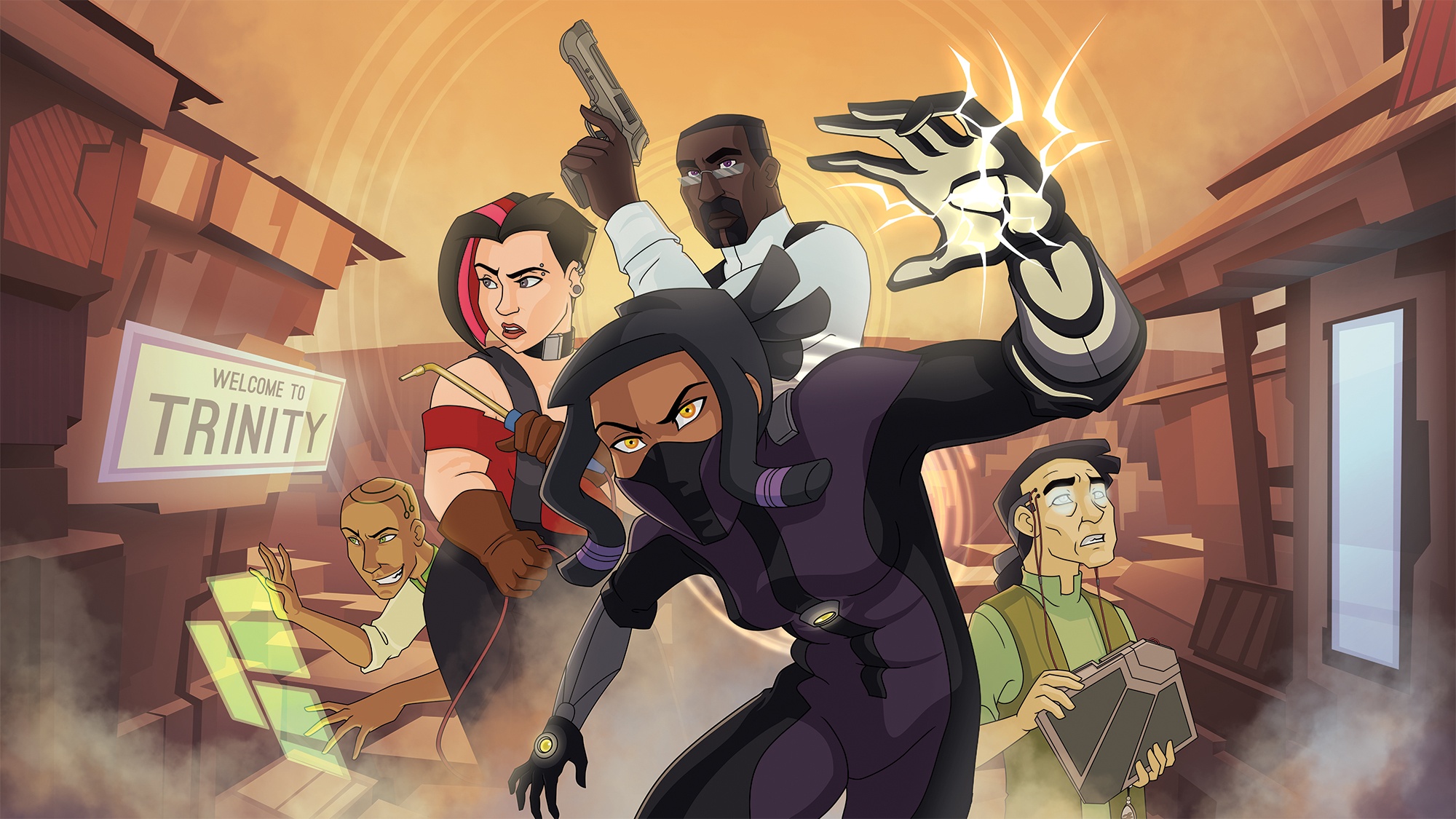 We've already gotten a jump on our animation with @EchoBridge check it out, tell us what you think and PLEASE donate to our #Kickstarter today so that we can complete this amazing project! https://t.co/9shpNnguQX #Kickstarter #KamikazeKICK pic.twitter.com/4iLjRwaSto

“It feels like we’re starting to see a great up-swelling of diverse speculative fiction on the screen, and with Kamikaze we’re hoping to contribute to that in the form of animation. While we’ve been focusing on sharing the story via our comics for the last five years, animation is really in the soul of the series. This project has given us the opportunity to match Kamikaze to incredible talent like Dani Chambers and Monica Rial, along with the animation experts at Echo Bridge Pictures.” – Carrie Tupper, Writer/Co-Creator

“On top of the animation, we’re really excited to be able to expand the world of Kamikaze with this first-ever anthology. Bringing together creators like Robert K. Jeffrey, John Robinson IV, Takiea Marie, and Erin O’Neil Jones to create new stories is a really exhilarating prospect for us. These new stories will only add to the Kamikaze mythos along with the contributions of previous spin-off story creators, and we can’t wait to be able to have them all together in a single volume.” – Alan Tupper, Background Artist/Co-creator

What will it remind people of?

For us, Kamikaze is the eternal-desert anarchy of Mad Max and the cyberpunk heroics of Batman Beyond with the deep story and world richness of The Expanse. For those who have been hungering for a “grown-up” version of the fantastic animated adventure shows of the Nineties, that’s what we strive to be with Kamikaze. – Havana Nguyen, Lead Character Artist

What makes it unique?

“It’s a hero’s origin story done differently, with a lot more detail given to the how and why of how someone in a dangerous world transforms into a heroine. We’re not interested in telling the same old story with the same old characters. It’s our constant mission to breathe life into a utterly immersive future world which is rich in diversity both on and off the page/screen. With the comic series, we’ve been able to make solid strides in that direction. Also, for what it’s worth, we’re not sure how many other animation-inspired scifi webcomic series with a wife/husband co-creator teams are out there!” – Carrie Tupper, Writer/Co-Creator