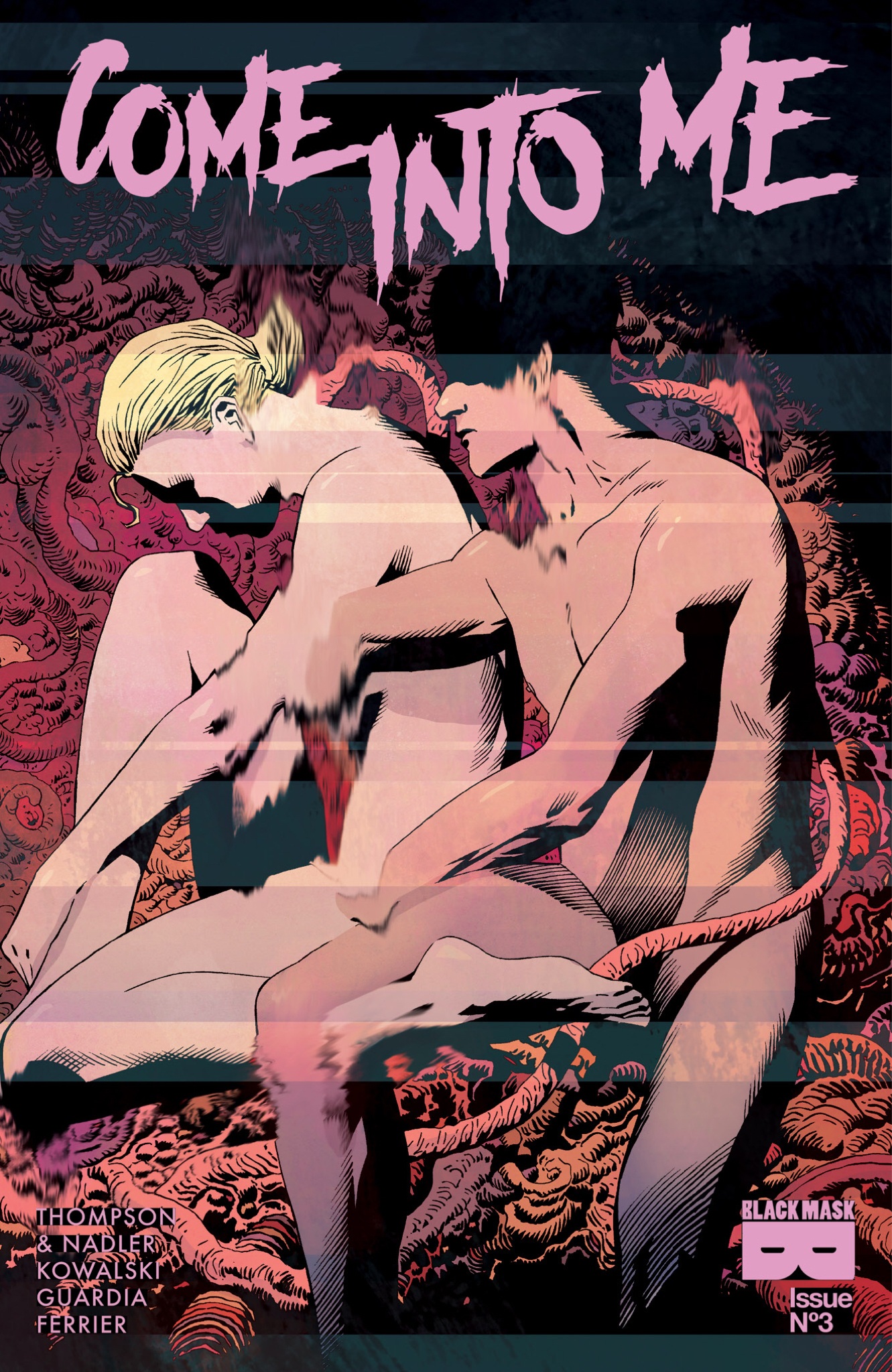 It’s been a long wait for the return of Come Into Me as the series fully embraces its horror roots. And what a goddamn horror show it is.

It’s the title fight of the century, and boy is it as grotesque and surreal as you could imagine. While it looked like Becky grasped full control of Quinn’s body by the end of the second issue, she soon finds out that it’s not as easy as it seems. Quinn’s still in there, doing his best Get Out impression as he falls deeper and deeper into his and Becky’s subconscious. Soon he starts crawling his way back in order to regain control of his own body. 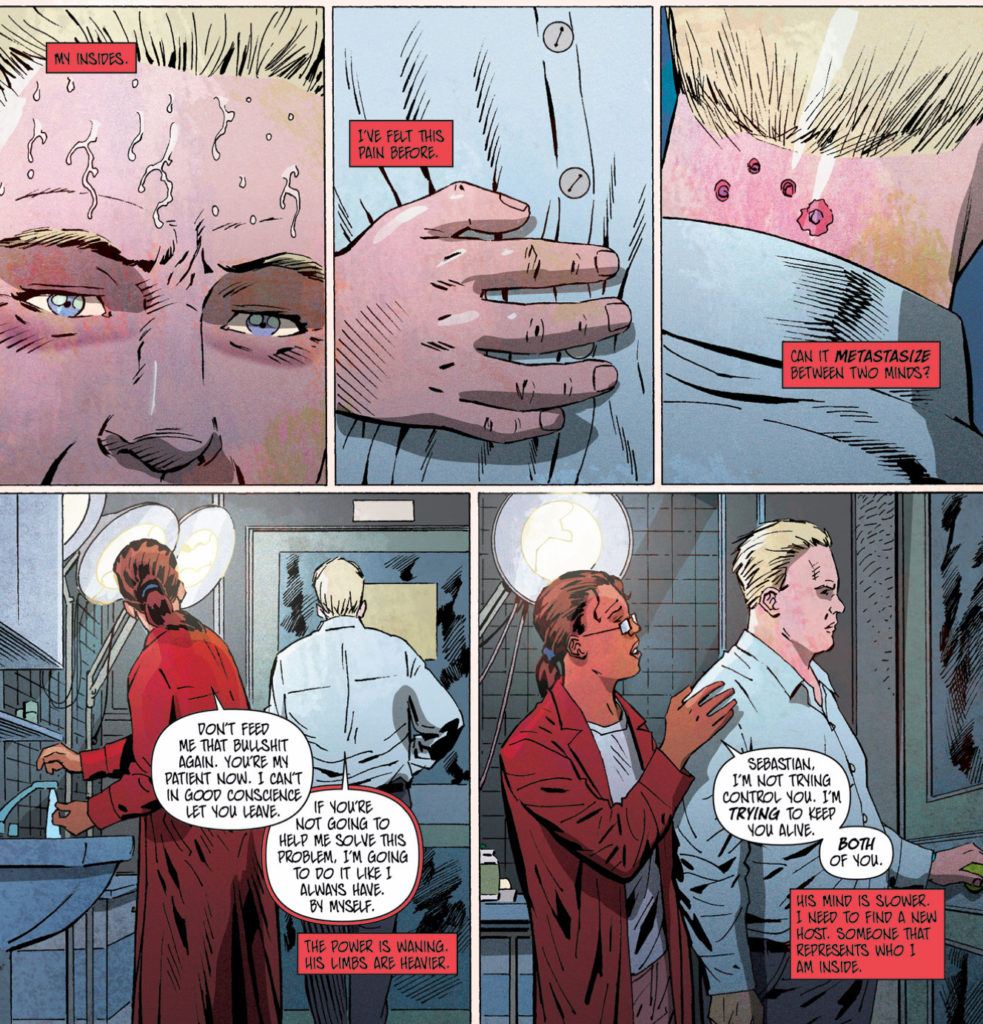 Realizing this, Becky becomes desperate to survive. Her unwillingness to die or be stored away in some machine kicks into overdrive. It’s quite admirable, even when her plans are half-baked. This issue really shows how far her character is willing to go to stay alive and in control of her own fate.

What really shines in this issue (honestly, what always shines in every issue) is the art of Piotr Kowalski. Between the clever panel setups and dreamscapes to the slow deterioration of Quinn’s body, Kowalski provides the right amount of chaos that makes the reader lose focus enough to feel what it’s like in Quinn and Becky’s shared mind. The constant merging of memories makes for some impressive visuals. Meanwhile, the morphing of Quinn’s body definitely gives body horror fans everything they could ever want and more. 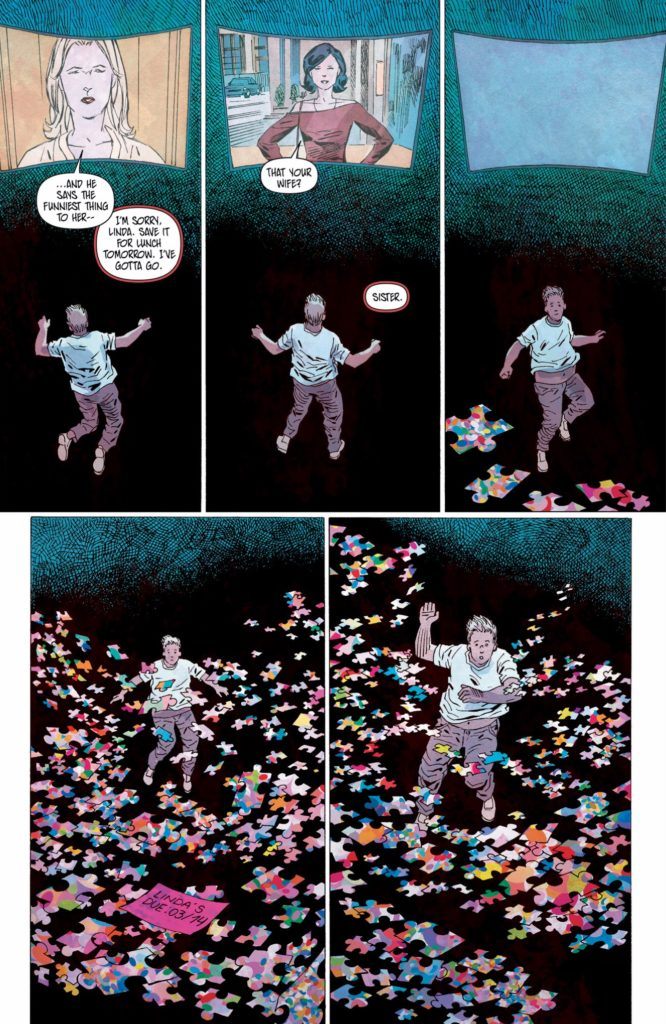 I’d be remiss not to mention poor Ainsley, who just wanted to help. The poor woman tries to do everything in her power to help Quinn out of this obvious shit show and it ends up becoming worse than ever. The end is horrifying, and this is coming from someone who already has fears about what it would be like to have someone in your head. Whatever Thompson and Nadler have in store for the next chapter of Come Into Me, we are not ready.

10 Terrible Pickup Lines out of 10

Reading Come Into Me? Find BNP’s other reviews of the series here.