After a year and a half wait, Netflix’s Locke & Key has returned to the streaming screen with its sophomore season. The live-action adaptation of the beloved comic series from Joe Hill and Gabriel Rodriguez was a highlight of programing back in February 2020. The story itself was not a panel-by-panel recreation, but instead, its own entity. It took the broad narrative beats from the series and changed up some elements. Whereas the original comic leaned a little more toward the horror side, the television series veered a little more fantastical (although there were plenty of moments of genuine fear that punctuated the first season). Crucially, the first season felt like it was still working off the scaffolding of the comics. While there were deviations, the essence of the comic remained intact and the episode titles punctuated which of the volumes was making its way to screen.

This second season of Locke & Key deviates more from the canon of the comic. While the tone and magic of the series remain, it becomes very clear very quickly that Netflix’s Locke & Key has plans to become its own story with its own unique identity.

Keys to the Kingdom

Season 2 opens with the Locke kids in a place of confidence. Tyler (Connor Jessup) is enjoying life and spending time with his girlfriend Jackie (Genevieve Kang). Bode (Jackson Robert Scott) getting ready for a new school year and enjoying the magic of the keys. Kinsey is (Emilia Jones) happily getting ready for the premiere of The Splattering, while also enjoying spending with her boyfriend Gabe (Griffin Gluck). Although Kinsey and the rest of her family are blissfully unaware that Gabe is actually their moral antagonist Dodge. Also, that the Dodge of last season was actually Ellie Whedon (Sherrir Saum) and that Gabe/Dodge managed to open the Black Door and enlist a recruit in the form of the demonized Eden (Hallea Jones). So, things are not as copacetic as they seem.

The Locke kids are using the keys without inhibition. They have fully embraced magic, they are making the most of their time with said magic and they are genuinely happy. Former key user Duncan (Aaron Ashmore) has moved back in with the family while his husband is away for business and he seems to be in a solid place. Even Nina Locke (Darby Stanchfield) seems to be recovering from the most difficult year with a new job refurbishing the school’s theater.

Fascinatingly enough (given that Nina Locke in the series is a very different character from Nina Locke in the comics), Nina acts as the bridge to one of the newer elements of the series. In season two she begins to interact with canon foreigner, Josh Bennett (Brendan Hines), the new history teacher on campus. However, Josh’s presence in the story does afford Locke & Key the ability to look deeper into the lore of the keys as his relationship with Matheson and Key House is revealed over time. These new additions add depth to the narrative and offer some interesting insight into the current predicament that the Locke family finds themselves in.

The entirety of season two is a case study in power dynamics. With all of this magic at their disposal, the Locke kids feel like they have embraced their title as ‘Keeper of the Keys’. But, they are still young and the power they wield is immense. Gabe makes for a fascinating antagonist, indirectly socially engineering a lot of the conflict in the background. Griffin Gluck (who plays Gabe) is clearly in a state of glee playing such a delightfully evil character in tandem with the similarly hedonistic and possessed Eden with Hallea Jones taking her time to chew the scenery.

It is a true spectacle to watch this season play out. The cinematography and special effects are elevated from the already high caliber of the first season and the show itself is really a joy to watch. The set pieces are gorgeous and the magic of the keys feels palpable in every scene. Actors on the show sell the awe (read: old school biblical fear) and the awe (read: modern-day amazement) of the world and it’s hard not to be similarly enthralled by the experience.

Out of the primary trio of this ensemble cast, I think I loved watching Tyler grapple with growing up with the looming deadline of “adulthood” as the ‘exit ramp’ from magic. Honestly, everyone had meaningful moments that lingered and sold the gravitas of the story.

The conundrum I find myself in is that I enjoyed the experience of watching Locke & Key season 2. There were lots of interesting elements that made for good storytelling. Even the magical aspect, the thing that made me fall in love with the comics, was cultivated properly. However, as I was watching (and reminded of the fact that there was a season 3 in the works), the story diverged more and more from the source material and where we end was so drastically different then where I was expecting that I couldn’t help but experience a slight cognitive dissonance.

Now with all of that said, if you liked the first season, I think you’re going to like the second. The creative talent behind and in front of the camera do an incredible job at forging a new chapter of the Locke & Key universe that is entertaining. And while my uncertainty about what comes next remains, I am still certain I’ll be tuning into the next chapters whenever they premiere. 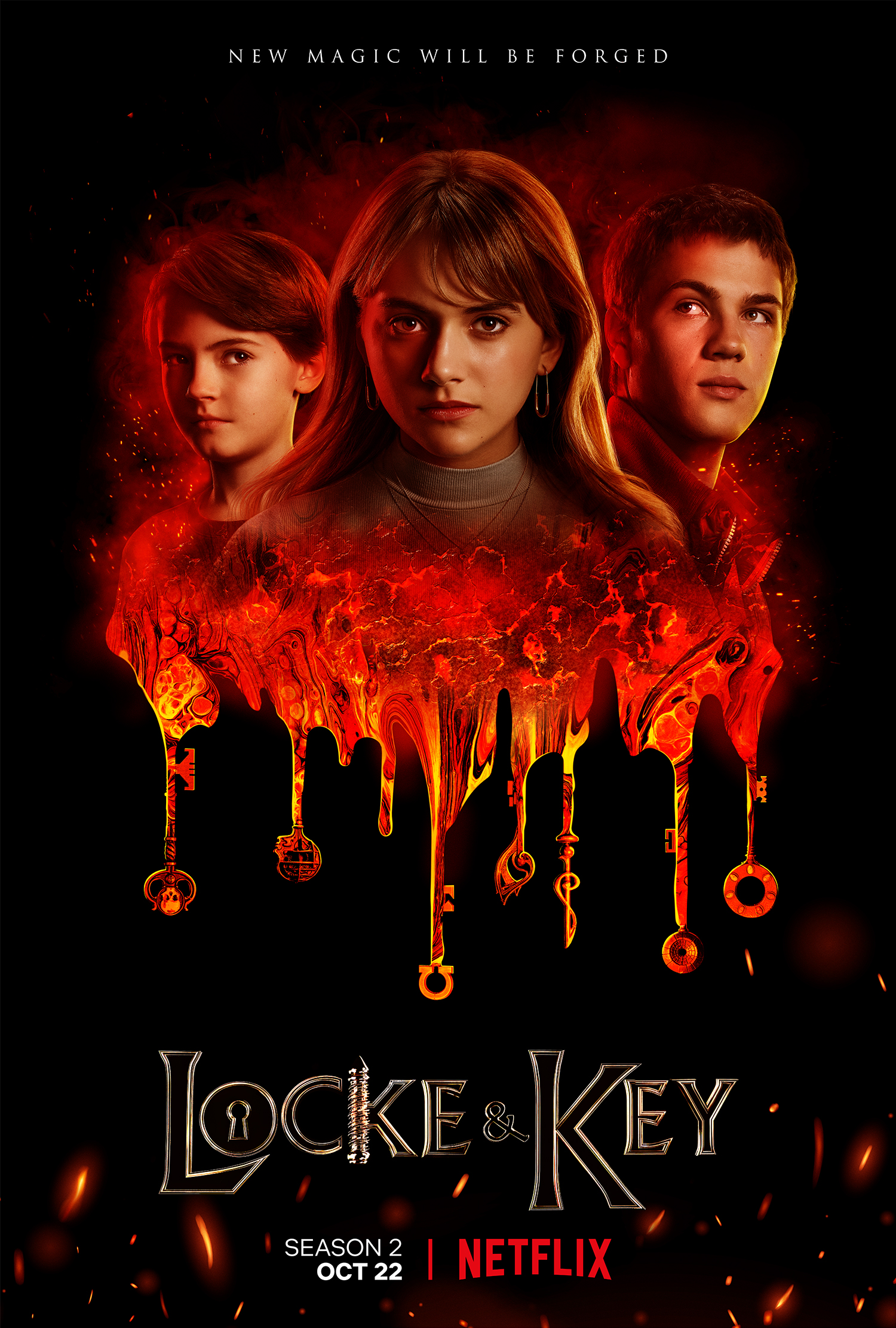