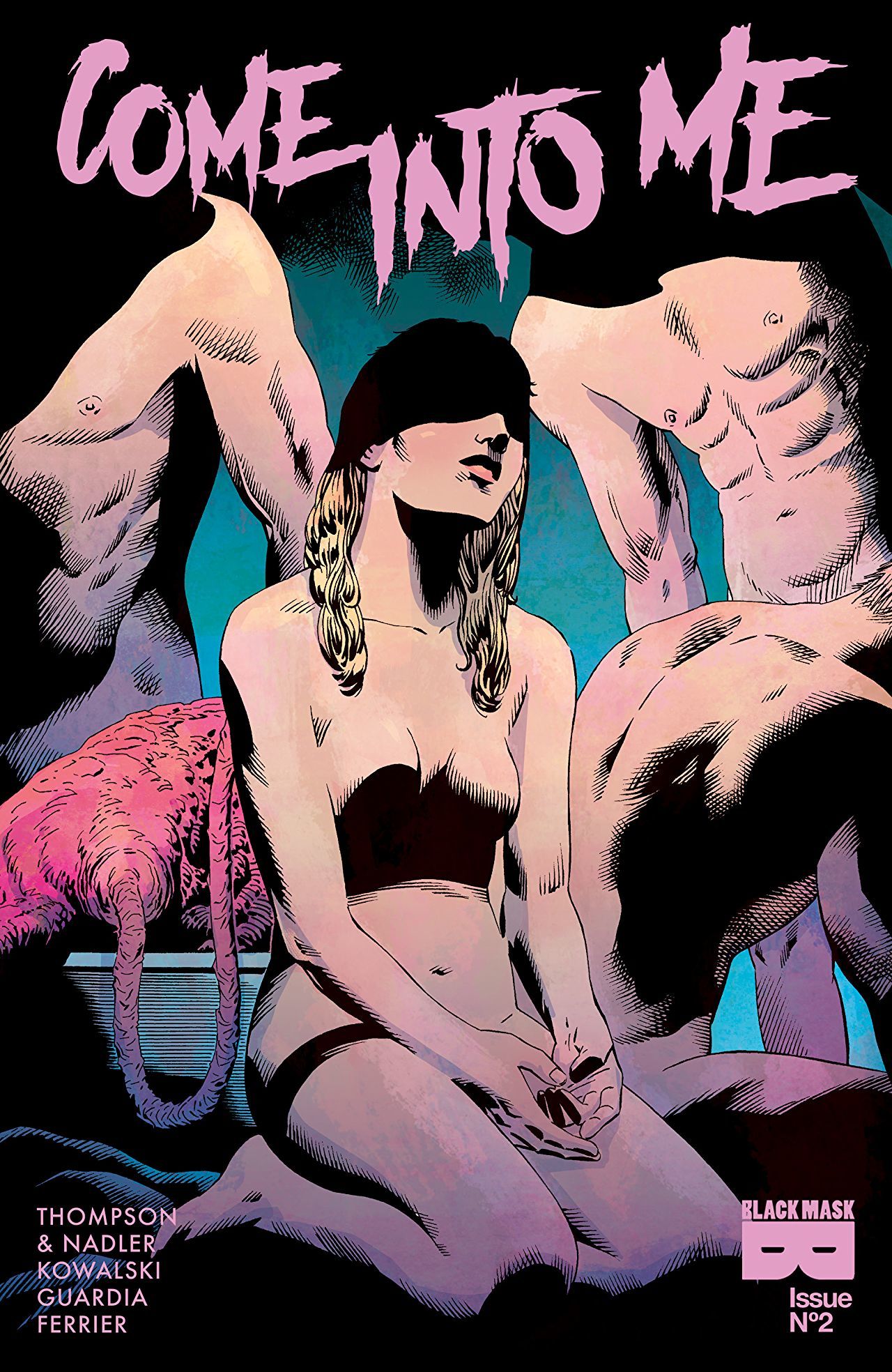 Finally, we’ve arrived at the second issue of Come Into Me and we get to see the aftermath of Becky’s death. Now, instead of Becky visiting Quinn’s mind, she’s taken an extended vacation. Let’s me just say that it’s every fear I’ve ever had about someone being able to reach into another person’s mind. It’s trippy, it’s haunting and invasive as all hell. 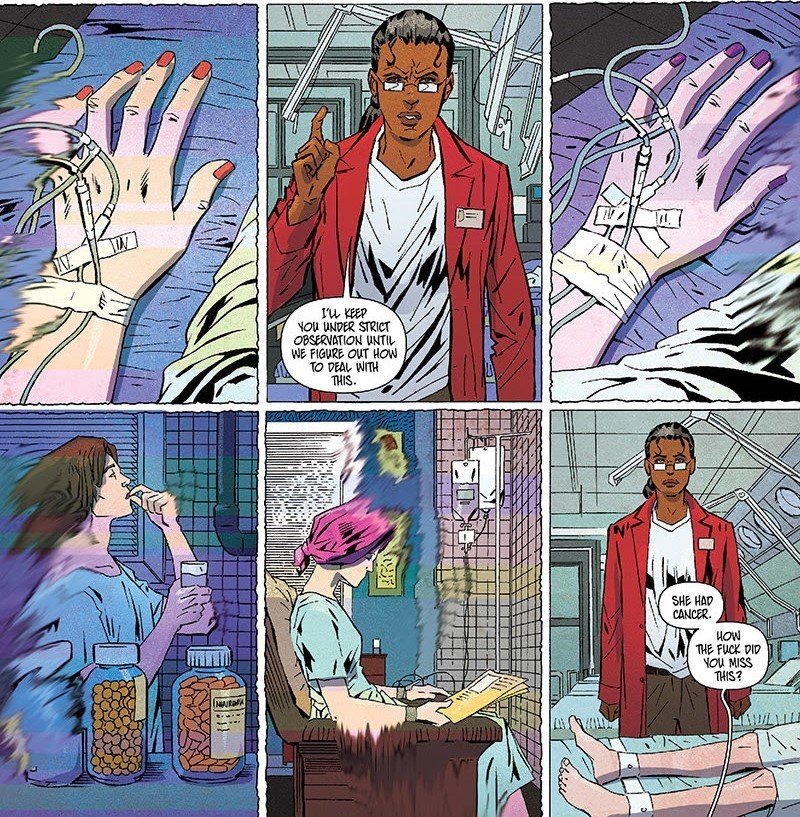 Obviously, Quinn is not happy with the fact that none of them knew Becky was dying but honestly, the writing was on the wall. This results in him going to drastic measures and presenting Becky’s idea to use Inbeing as a social experience in order to gain more money from investors. From there, we get to see what it’s like for a person to have someone else stuck in their head for more than a day and it’s not pretty. To call Becky an infection in Quinn’s mind is an understatement. As he tries to go on with his normal life, we see the struggle between him and Becky within his own head. It’s almost hard to talk about the kind of things that happen without spoiling the issue.

A lot of time is spent trying to find a way to save Becky’s mind and get it out of Quinn. I found the whole situation to be fascinating because I kept asking, what would you do if you had someone died while there were visiting your mind? Would you put them back in their now dead body and just let them die completely? Or would you exhaust every avenue to preserve their mind and keep it alive? It’s an interesting dilemma. One I can’t fathom making myself. One thing is sure, Becky wants to stay alive and nothing will stop her. 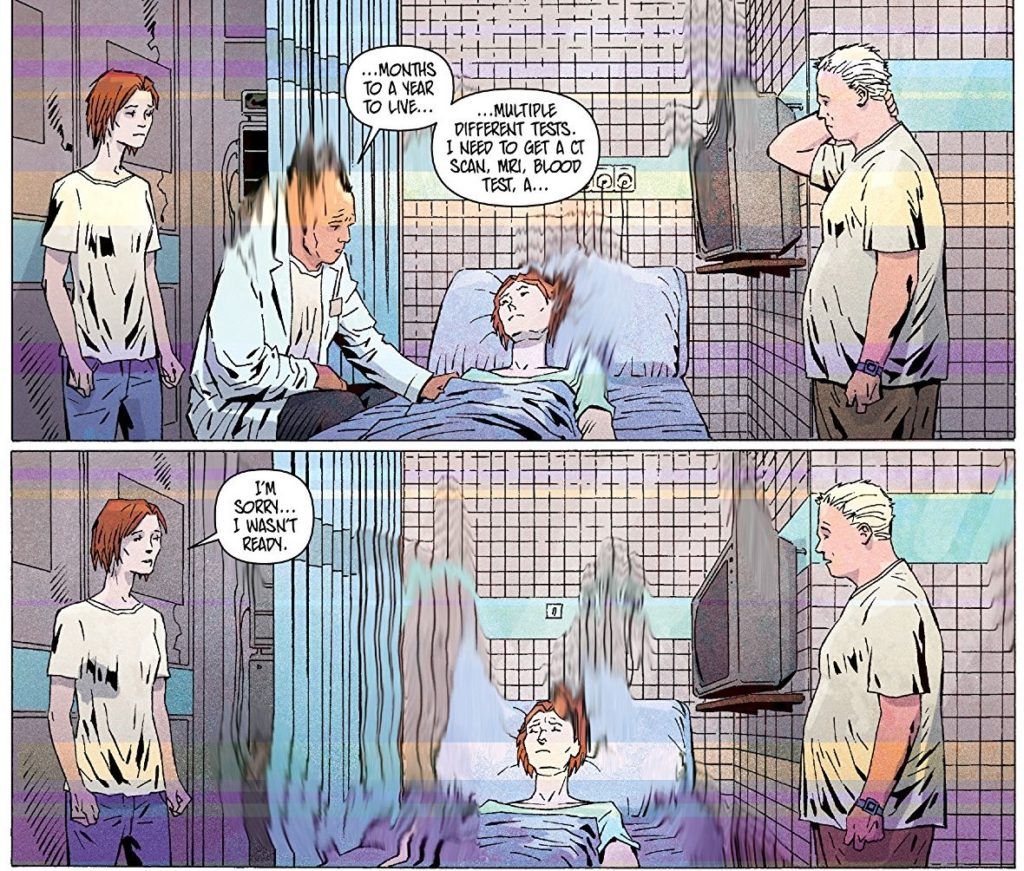 Also, I love the way Piotr Kowalski draws the moments that we’re inside Quinn’s head. We don’t actually get to see much of the Inbeing technology this time around, so a lot of the focus is on the inside of Quinn’s head. The hazy, almost out of focus television look works when memories are being replayed for the reader. And the moments where we see Becky in his head and affects their shared relationship is having on him are just as equally grotesque as the technology that put them into this situation.

By the end of the book, we are left off on another tantalizing ending. I’m still waiting for the point where this totally unethical and out of control technology makes it to the public. All I know is that it will be sci-fi horror at it’s best.

Reading Come Into Me? Find BNP’s other reviews of the series here.