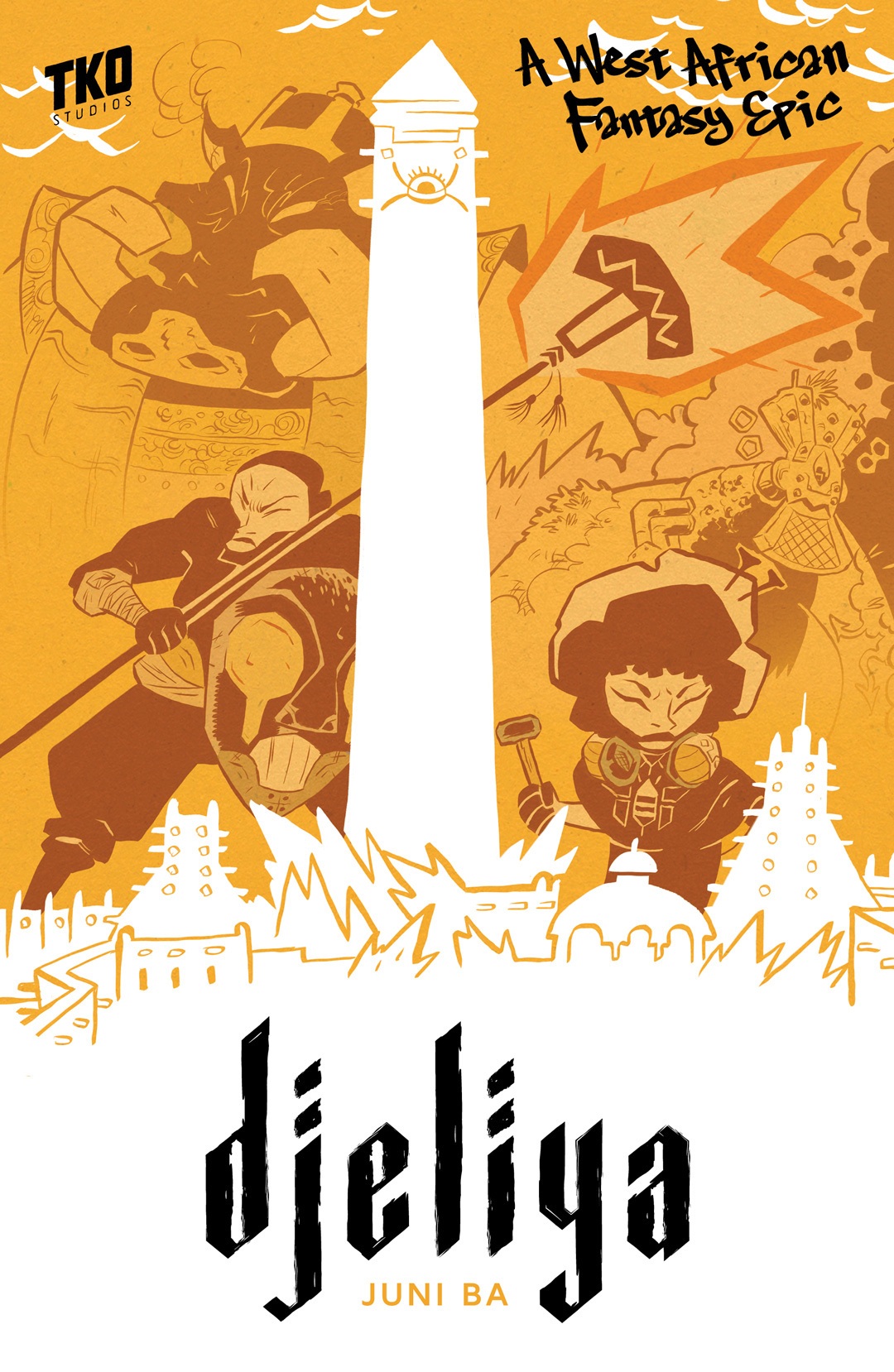 I’m going out on a limb here and assuming that since you’re a BNP reader, your geek culture palette just might include such treats as Samurai Jack, Akira, and probably a healthy dose of Alejandro Jodorowsky’s The Incal. Add a little steampunk-leaning West-African fantasy into the mix and suddenly you realize the graphic novel you were missing all along is Juni Ba’s Djeliya from TKO Studios.

“Inspired by West African folklore, Djeliya tells the remarkable tale of Prince Mansour and his royal storyteller Awa, as they journey to reach the mysterious Wizard Soumaoro who guards a fearsome power that he once used to destroy the world.”

Thanks to video conferencing, coffee, and a friendly feline, I was fortunate enough to speak with Juni Ba about his artistic inspirations, Gargoyles, and the experience of creating comics between Africa and Europe.

Grab your copy of Djeliya!!