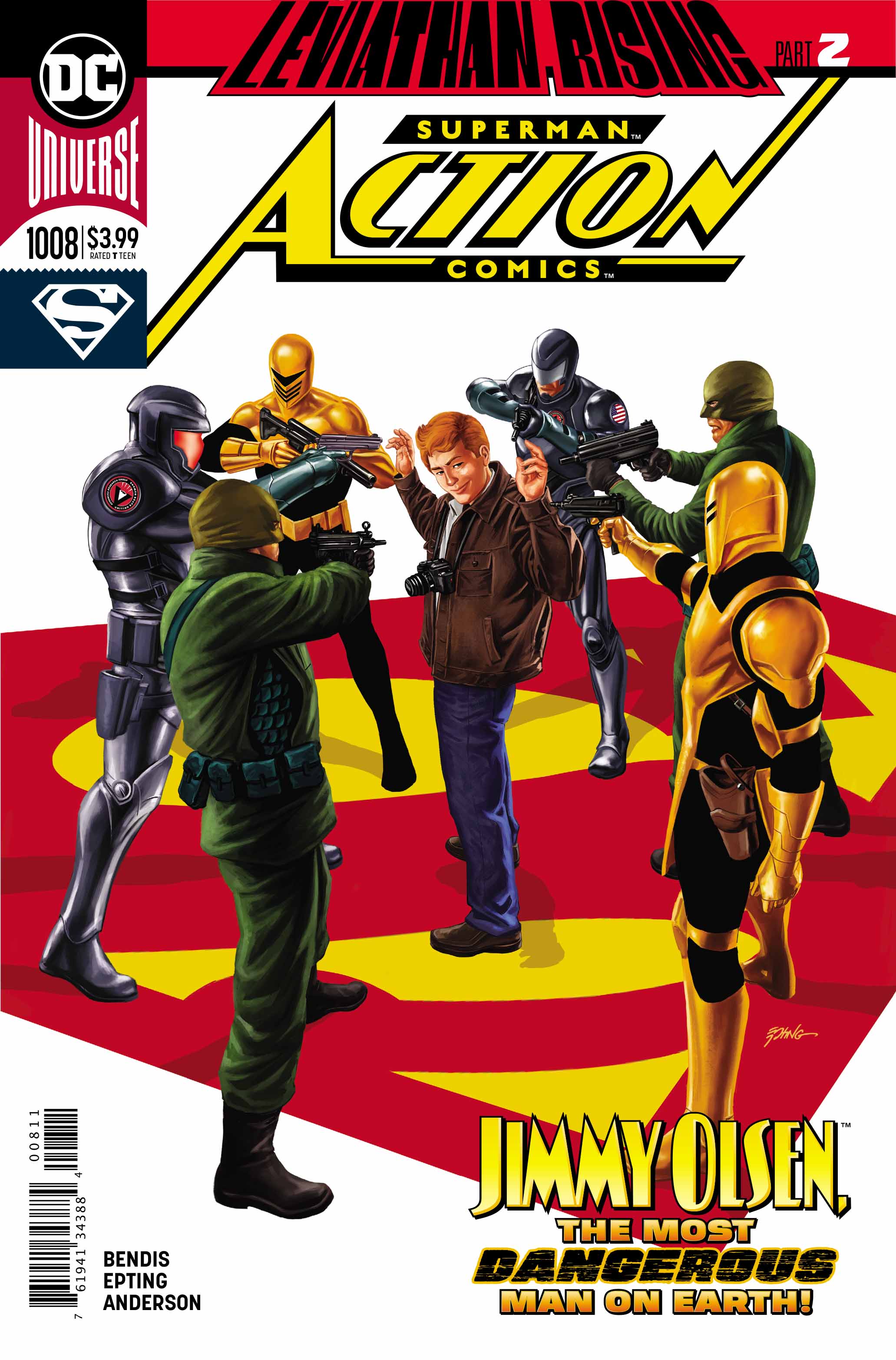 So shit is getting real in Action Comics. This week brings us part 2 of the “Leviathan Rises” storyline. This Super-Bendis run has been split into the high power adventure-packed Superman title and the close to the ground conspiracy story in Action Comics. Bendis and Epting decided to screw that noise in this latest issue. Whoever is behind these blue explosions is out for blood. The targets are some of the most well-connected organizations in the DC Universe. The newest target is the Department of Extranormal Operations. I don’t have a lot of experience with the group, but I could watch Director Bones and Adam Strange banter for an entire graphic novel.

A surprising amount of story develops in this one comic. In addition to the attack on the DEO, another target is rocked with a deadly explosion. Amanda Waller and General Lane meet up, interestingly enough they are both rattled by their lives being brushed up against by Superman. Speaking of the Big Blue Boy Scout, he and Lois are on their way to work. Don’t forget that everyone thinks that Lois cheated on Clark with Superman. Funny stuff. Lois and Clark have a sit down with a disheveled Jimmy Olsen. He had his own run-in with a blue explosion after he accidentally dated a reptile-themed cultist. Uncertain of who he can trust, it takes Lois to draw him out. I’m excited to see where this conspiracy leads. If the end of this comic is any hint, we’re going to get an appearance by the most appropriate character in a mystery book. 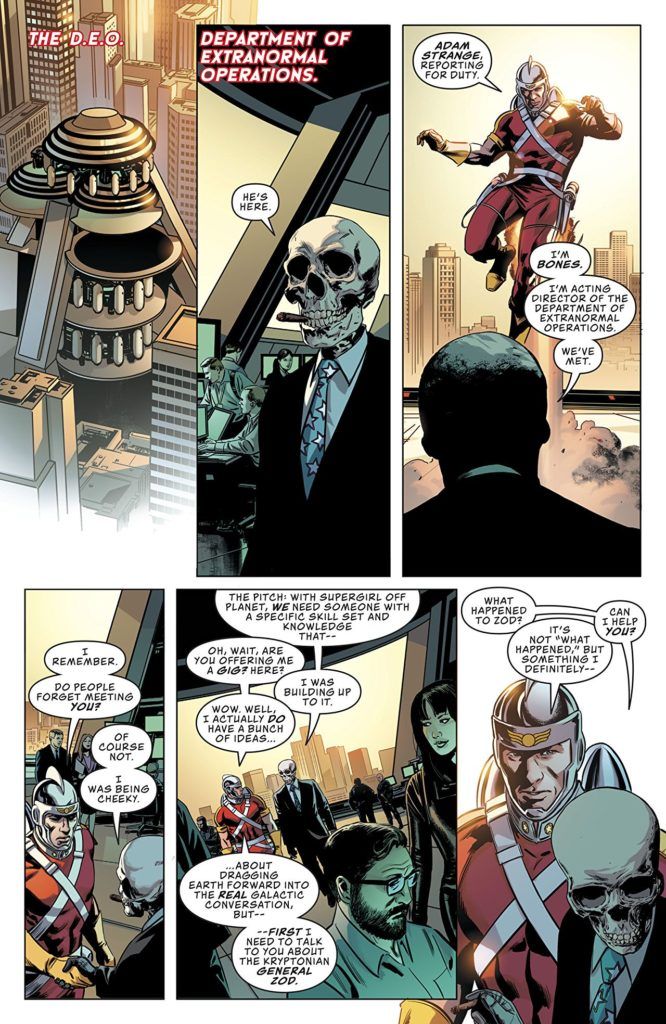 Bendis strikes again with the smooth voices he’s found in these characters. This book was particularly fun to read because of all the different back and forths. Bones and Strange. Lois and Clark. Waller and Lane. They all had these different dynamics but that pithy Bendis wit was all there. Not to be outdone, Epting drew himself a badass comic. The lines are clean and kudos to Anderson for some dazzling colors. There’s something to be said about a book where the shot with the most emotional weight centered on a skeleton in a suit.