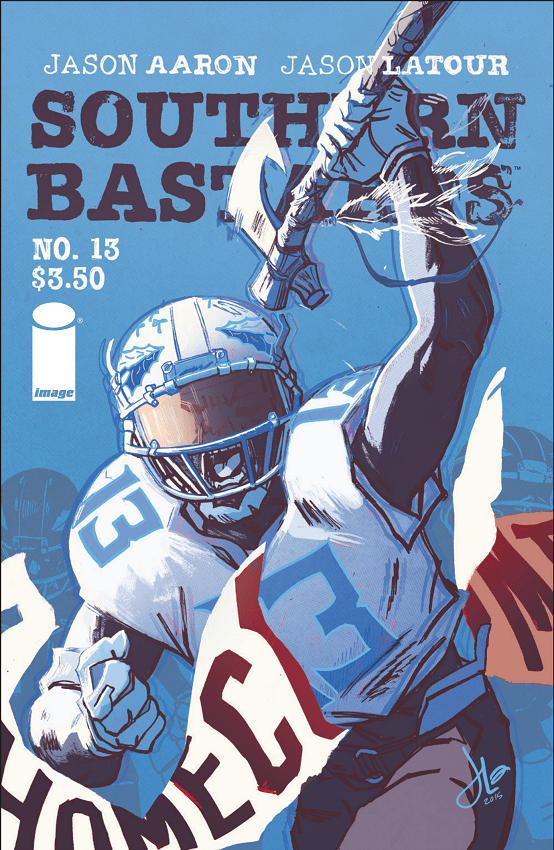 First of all, my apologies on missing the last review of Southern Bastards. Time be a cruel affair sometimes. You should know that we got more exploration of a little known character, Jason Latour did a good job on the writing duties and the art by Chris Brunner was straight up wild and nice as a change of pace. Back in the present, issue #13 drops and we are finally at the big game that everyone has circled on their calendar: Homecoming. While we’ve been dealing with numerous characters and their motivations or desires leading up to homecoming, but as we pick up the narration from Coach Boss, it feels like nothing has skipped a beat in the timeline.

As always, this book is unabashed and brutal in its language and its depictions. I wouldn’t be surprised, but I’m wondering if any good ol boys that identify as Southerners have had some strong language for how they might be depicted in this book. Which isn’t to say the Jason’s are wrong. It just says they aren’t shying away from the ugliness that comes along with the culture. 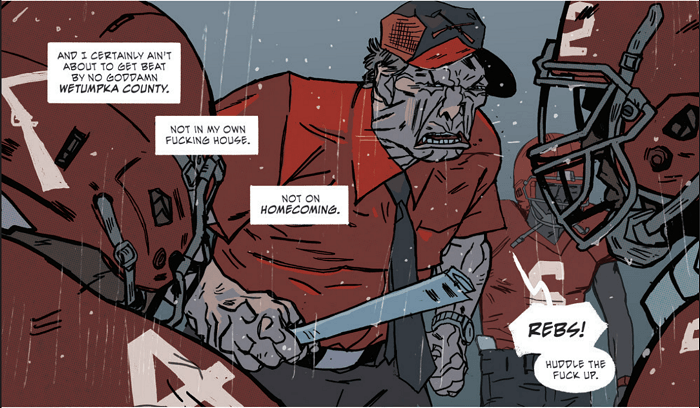 [divider type=”space_thin”]
The aftermath and the consequence play out well in this issue, as we see Coach Big laid to rest while the community wonders what impact his missing will have on the big game. We are introduced to the Mayor of Craw County, sort of. Having seen everyone else’s story, we see what the stakes are for Coach Boss going into the game as everyone seems to have some skin in the game. The storytelling is done expertly, shifting between flashback and present day, all guided by Boss’ voice, all with a coloring of distrust and lack of empathy.

Brunner brought some good work last issue, but this book will always be at its peak with Latour on the pencils. This is a hard world that’s only getting harder and Latour captures this with his style expertly. The tone is consistent and unwavering as we see everyone’s reaction to the big game. 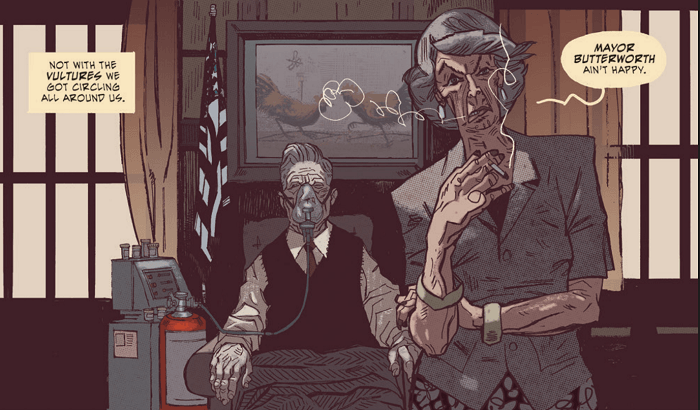 Southern Bastards is still one of the best comic books out and now, that we’ve gotten the result to the game, there’s a huge anticipation for all the other pieces we’re aware of to show themselves. This is storytelling at it’s apex and I hope a lot of people are enjoying the ride like I am.