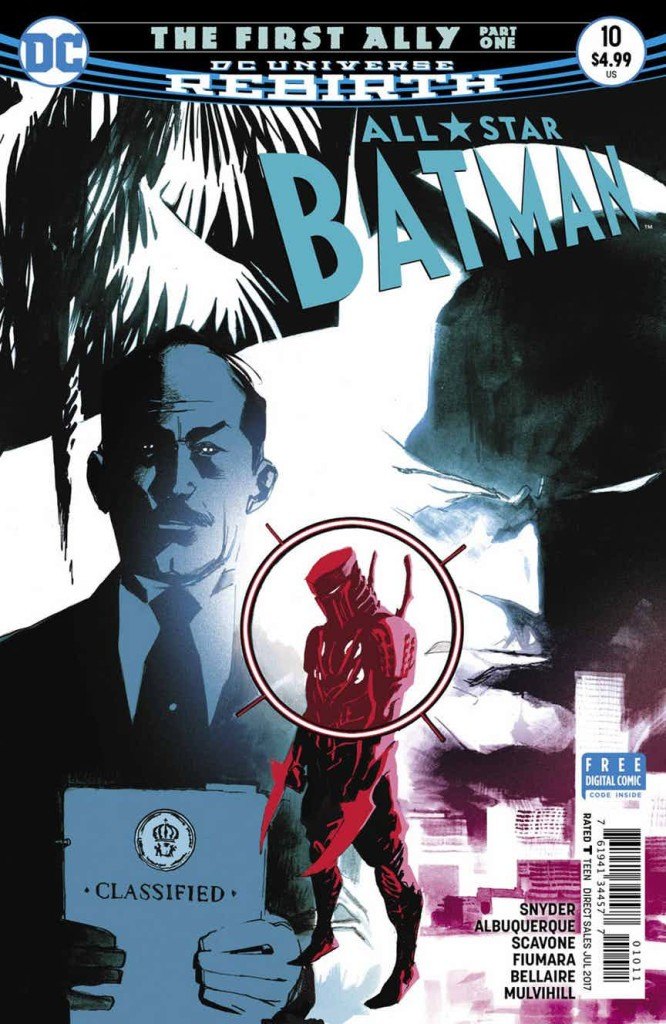 There is simply nothing better than reading a comic from a talented writer that’s clearly having fun experimenting with a time honored character. Scott Snyder’s narrative vacation away from Gotham, All Star Batman is one of the most consistent books DC could ask for. I can honestly say that, though I’ve been a fan of the character over the years, I’ve probably never been so thoroughly entertained by a Batman book as I am with this one.

Issue #10 kicks off a new story arc, “The First Ally,” told from the perspective of Alfred Pennyworth with an ambitious scale that goes across generations to introduce a new brand new villain. There’s also a largely fun dust up with Hush, who never fails to deliver some crazy action. It was a breath of fresh air watching Alfred and Batman work as a team in person instead of Pennyworth running ops via com-link as usual. 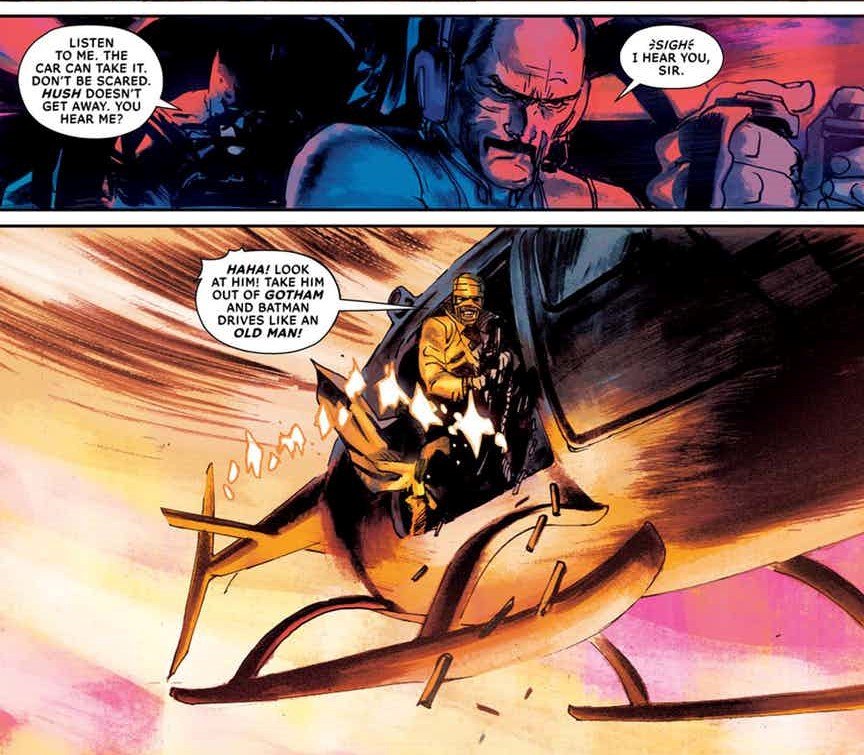 Although Snyder went the safe route, narrative wise (compared to past issues where he breaks with conventional elements of storytelling fare), he does so masterfully and the plot elements are entertaining, it’s hard to penalize him for it. Also, we’re left with twist so delicious, it more than makes up for going back to a more straightforward approach to telling the story. Visually, Rafael Albuquerque delivers with as much flare as Snyder’s script does if not more. This is more impressive than usual considering that he’s holding the fort, art-wise, on pencils, inks, and cover art. Although we don’t get to look at as much of Batman putting foot to ass in full gear as we’d like, we’re given adequate action between the Hush throwdown and the London chase scene. Without giving anything away, the “clinic” scene is one of the highlights, particularly effective in its suspense and creepiness, only held back by Snyder being so direct with the punchline (again, in comparison to the narrative style of past issues).

Bottom Line: At this point, Snyder’s worst enemy is his audience, so spoiled with the A+ quality of his Batman titles, they’re going to expect a swing for the fences in every aspect of the script. That said, even with his move back to more conventional narrative style, Issue #10 still succeeds in delivering top shelf Batman. A fun setup to what looks to be an ambitious new story arc.

9 Evil Mummy Doctors out of 10