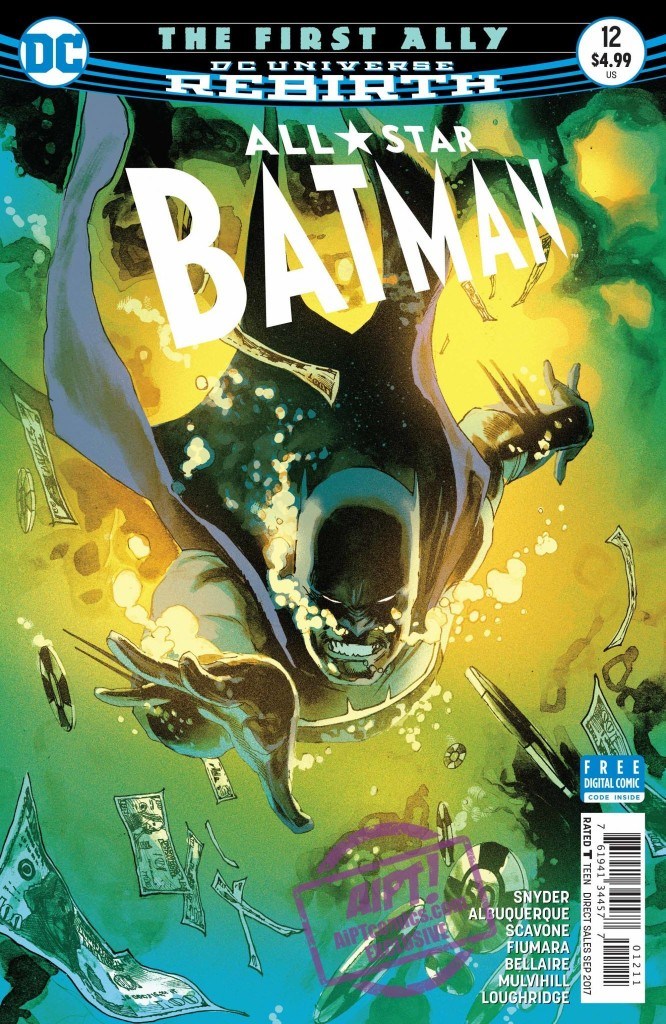 Scott Snyder is pitching a no-hitter in the World Series with his masterpiece, All Star Batman. A swashbuckling, jet-setting seat-of-his-pants Dark Knight Detective laying down the law outside of Gotham is exactly the kind of thing that is needed for the mythos to appeal to newer audiences. The only thing I really regret is that we have to wait a whole month for new issues of this while lesser books roll out bi-weekly schedules.

You know those “get ripped in 6 weeks” workout videos where the overall idea is to do maximum amounts of exercise with minimal rest in between? That’s exactly what this “First Ally” story is like. It hits the ground running and only stops to take a breath occasionally for some character development. Even the Alfred flashbacks are intense and satisfying. If someone had tried to convince me that Alfred Pennyworth was a highly trained, 80s-protagonist level badass back in the day, I would have laughed heartily. It brings some insight into his reservations about Bruce’s crusade. And of course, Snyder spared no narrative expense to show off Batman’s ingenuity under pressure. 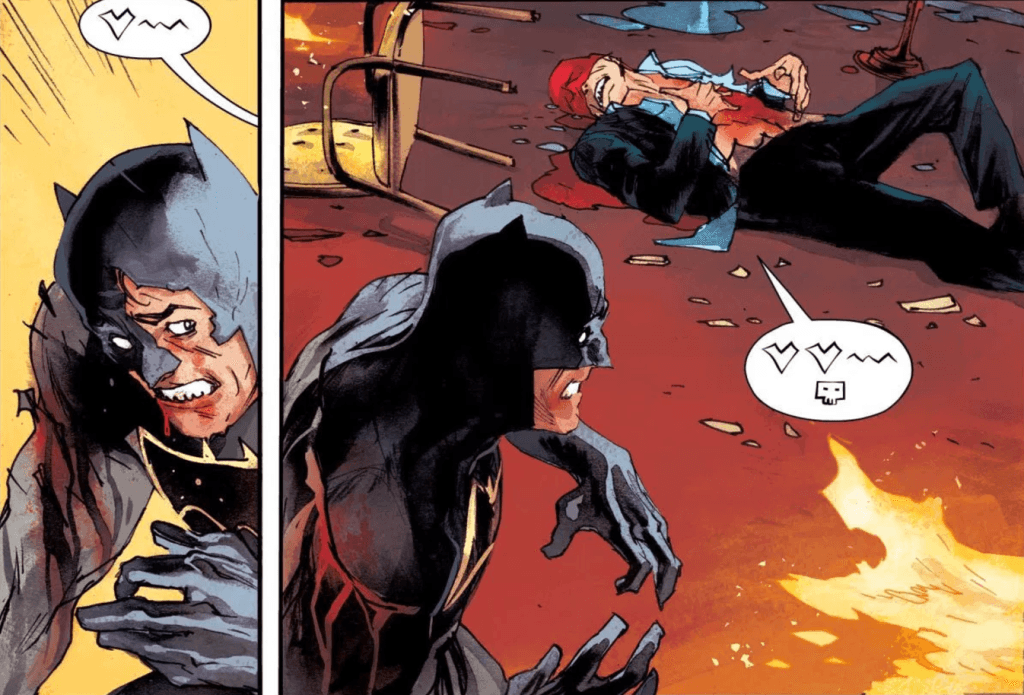 This issue shows off exactly the kind of fun, large scale action that justifies a series that he affectionately refers to as an “off roading trip in the Batmobile.” Rafael Albuquerque is not only killing it as a co-writer on the book but first and foremost as an artist. We all know Snyder is a genius on the book but Albuquerque is the real MVP. The script quite obviously allows for him to have carte blanche to show off his full range of artistic know-how. His panel almost doesn’t read like panels because they flow as well as words and paragraphs out of a classic novel.

Bottom Line: Snyder is still churning out one of the best books in the game by leaps and bounds. That’s really what makes it so sad that this is one of his final issues. However, if he has to go, it’s awesome that he’s going while reminding us what makes him one of the best Batman writers of the past decade and change.