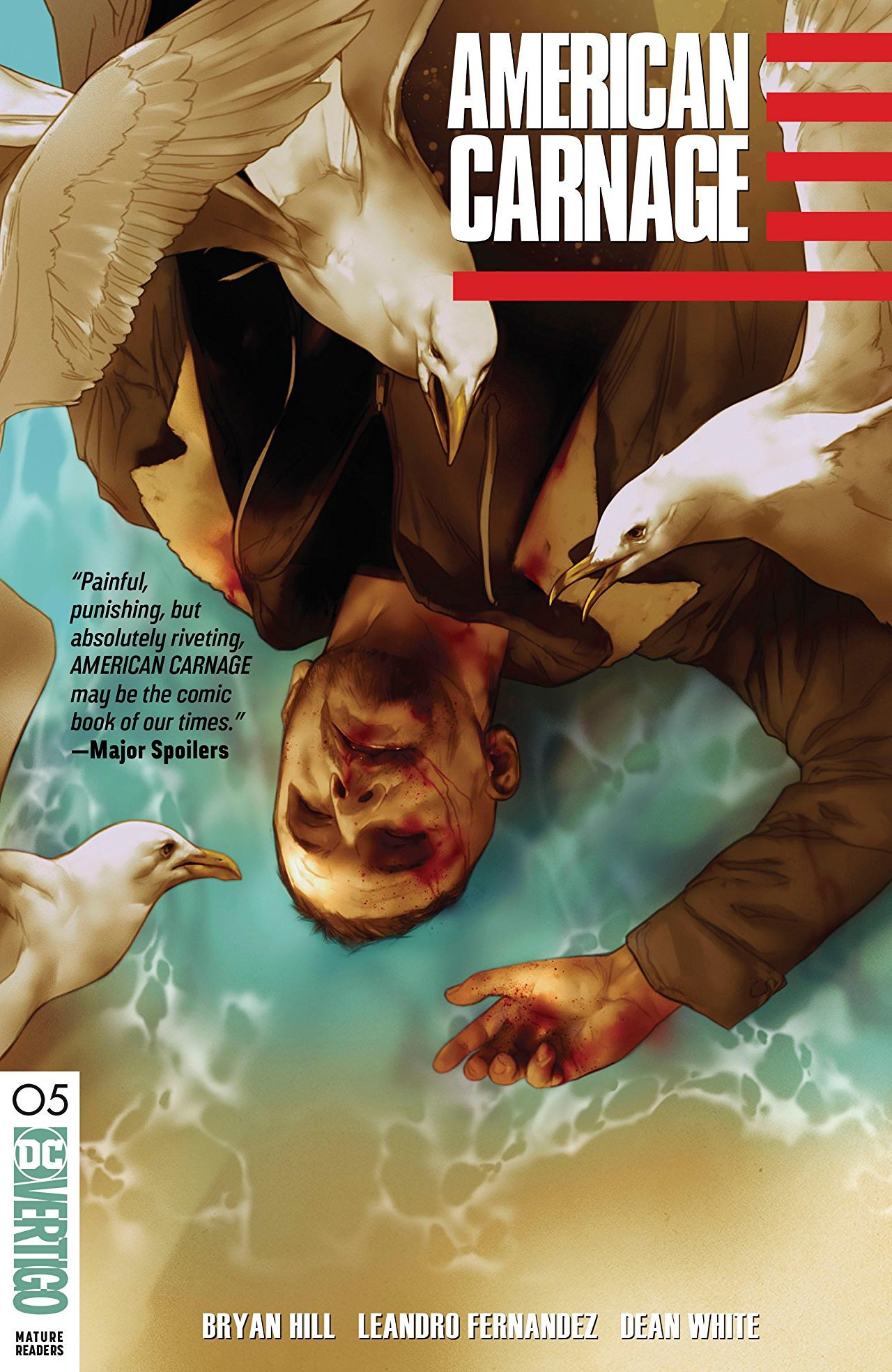 There is significantly less fire, brimstone, and gunfire in American Carnage #5 than the previous issues, although it is every part still as brutal. And when a trigger does get pulled, you still feel it in your bones. Various types of violence exist in the world, and Hill and Fernandez do an incredible job at exploring the different facets in this criminal thriller.

American Carnage #5 features your typical dual plots. After the events of the previous issue, Richard finds himself bloodied and bruised on a beach and wakes up to the ominous voice of Wynn Morgan. Elsewhere, Special Agent Sheila Curry meets a mysterious Mr. Pace, a business man of some sort who has a vested interest in seeing Morgan removed from the board. It’s this strange point and counterpart that makes Hill’s such an effective story teller. As Richard’s convictions are put to the test and a white supremacist tells an enforcer in an Obama Mask to continue to rattle him, Sheila verbally spars with Pace to illuminate the strange political consequences of her off the books crusade.

Hill constantly strives to complicate the narrative. There are very clearly good and bad people, but their methodologies have become so incredibly grey. There is a serious vibe of “they who fight monsters should see they should not become monsters themselves.” The sheer, insidious villainy of the Morgan clan clashing against the guilt and conviction of Richard and Curry make for a thrilling conflict. Five issues in and there is no catharsis yet, but there is meditation on all these compounded issues. 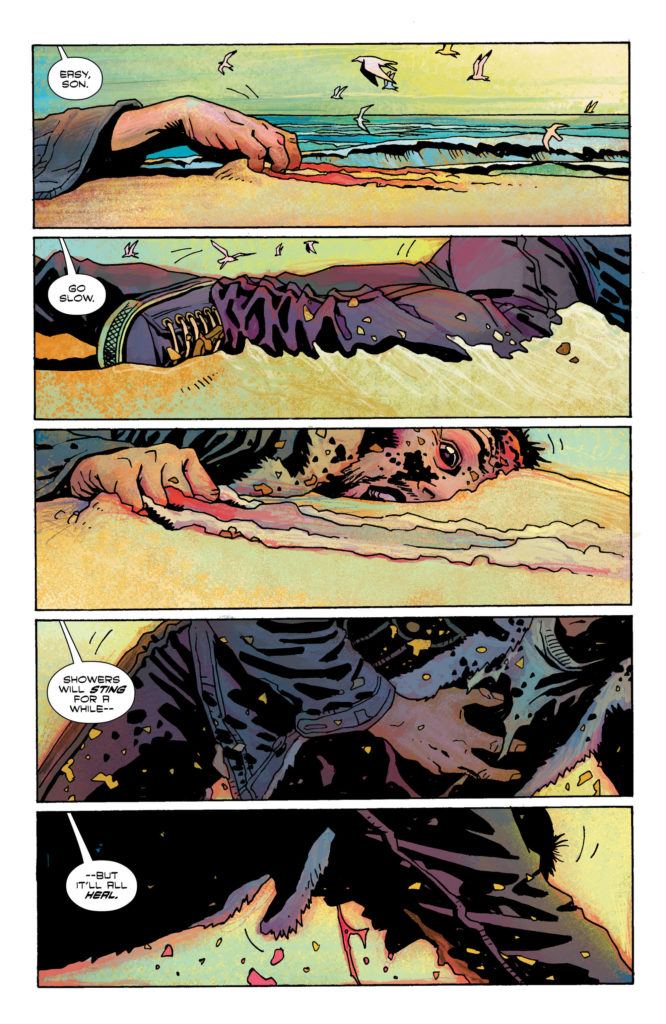 Finally, I’d be remiss though not to mention how Fernandez’s artwork elevates this story to a whole other level. Part of the reason Hill’s deep seated political/philosophical musings work is because of Fernandez’s artwork coupled with White’s coloring. Each panel feels ripped straight out of an animated film noir. The perspective highlights the different power dynamics between characters. A significant majority of the pages are depicted in a haunting silhouette, as though each character is constantly being consumed by darkness. It’s unnerving in the best way possible.

As we reach the inevitable point in the story where characters finally cross the proverbial line, it becomes very clear that American Carnage is managing to handle exceedingly volatile content with deft hands that captures the zeitgeist of the last few years.