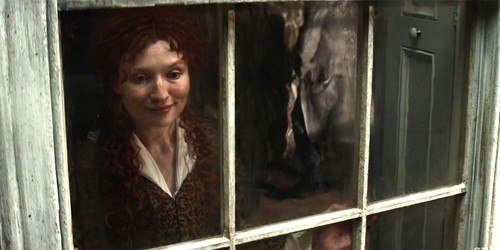 I’ve seen the complaints about certain characters on American Gods.

You know what? Let me not speak in generalities. I’ve seen all the Laura Moon shade y’all been throwing. And it’s super valid. She’s a walking embodiment of entitlement, manipulation, and selfish actions. She’s so determined to have her way that she even defeated death like she’s Wally West or some sh*t.

But, despite all of this, I still like her. A lot. I don’t like her as a person, but I like her as a character and where she takes the story. Because this version of Laura Moon is 10 times more interesting than the one from the book and I’m glad she’s reaching a level of potential I never even expected. So, allow me to put my appreciation of Laura right next to Carl Grimes and Jon Snow in the box of my much-maligned favs.

You could only imagine my surprise when I found out this episode was about two of my favorite characters of the entire series – Mad Sweeney and Laura Moon, kinda.

Emily Browning had the honor of portraying two different, but very similar, characters in this episode. She started off playing the familiar Laura Moon, but would later play an Irish woman in the year 1721. 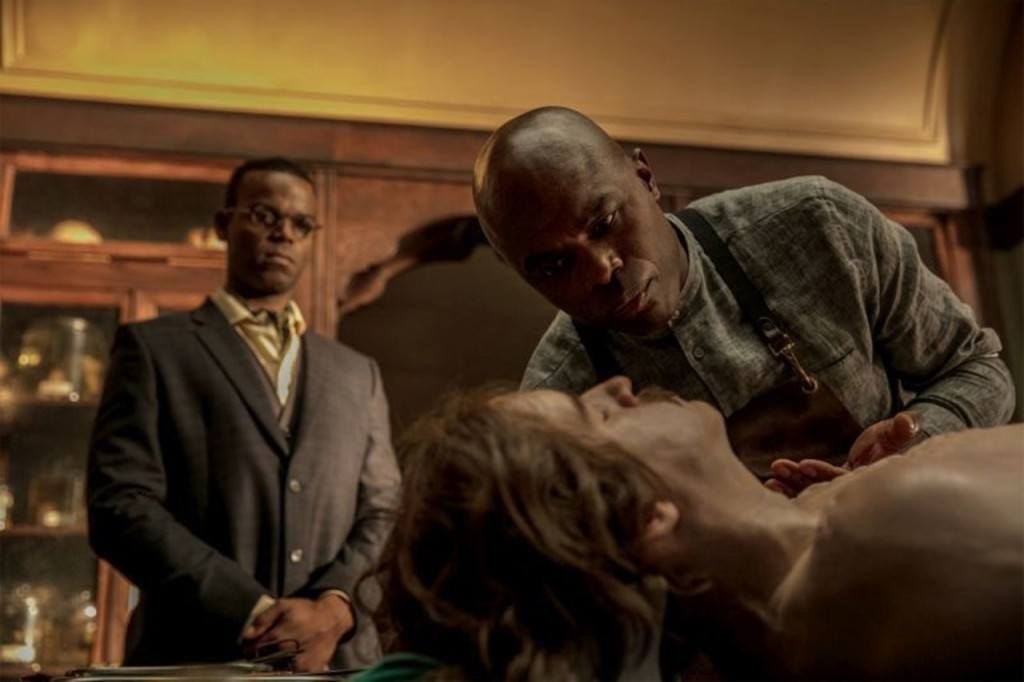 The episode starts in Ibis and Jacquel’s funeral parlor, where we find out that Jacquel has been the narrator of the series of Coming to America preludes thus far as he records them in a book. This time, he tells the story of Essie McGowan, a woman who spent much of her life finding ways to get what she wanted. She’s also a fan of her native tales of mythical creatures, especially leprechauns. As a practice, she would leave out bread and milk at night as a thank you to them and a way to bring herself good luck.

In the beginning of her story, Essie is an indentured servant to a wealthy family before falling in love with their son. This son mistakenly gives her a piece of family jewelry as a token of his love for her. I only call this a mistake because he doesn’t have the balls to tell his mother he loves a woman of “lower class.” So, when the mother accuses Essie of stealing the room, he doesn’t defend her. Found guilty of thievery, Essie is sentenced to “transportation,” a.k.a. taking a boat trip to the U.S. to work as an indentured servant until her debt is paid off. 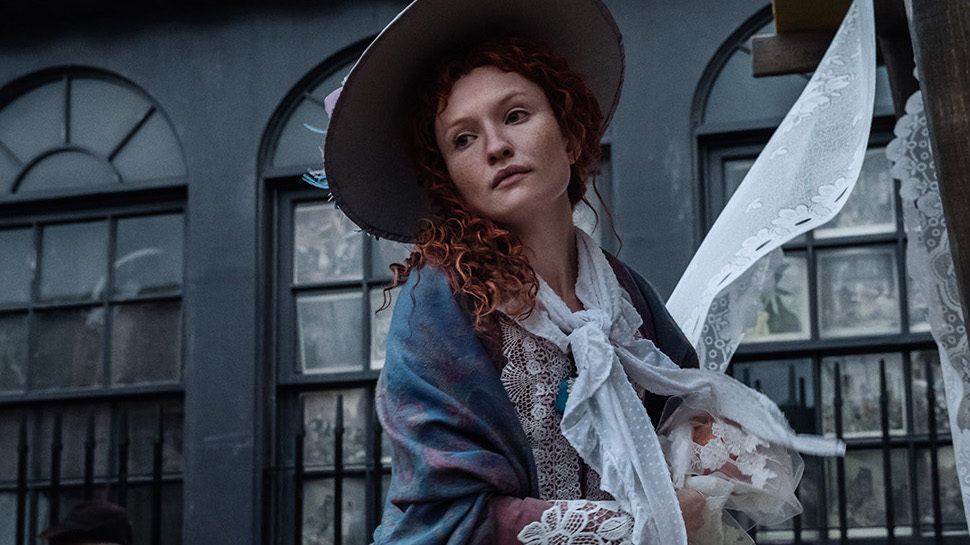 But Essie is far more cunning than to let her life be wasted over a f*ckboy’s inability to stand up for himself. During the long voyage to the U.S., she catches the attention of the ship’s captain. He takes a serious liking to her and agrees to take her back to England, thus avoiding her sentence. The pair make a round trip back to England but the captain is soon called off to take another trip, and these trips could take months. One way. Not including layovers. So, Essie got bored. And forgetful, because she started to neglect her habit of leaving tributes for the local mythical folk. As a result, her luck took a turn. She was soon re-arrested and sentenced to hang.

This is when shit got really good.

When Laura, I mean, Essie, was sitting in her jail cell, waiting to be hanged, a conversation got started with someone in the cell next to her. As the audience, we immediately recognize this voice to belong to Mad Sweeney. He’s in prison for taking someone’s eye in a bar fight. The overgrown leprechaun is clearly a lot older than he looks.

Sweeney and Essie trade stories of their bad luck in England. They start to speak of the early version of what would later be called the American Dream. Although, this is oddly explained through a story of a Native American woman who left her culture behind to sell pound cakes to white people and be called “Susan.” But, I digress.

The conversation also references the future king of America. The same one Mad Sweeney said his lucky coin was reserved for. Do I smell a callback?

Essie’s hard times and the tales of a lonely leprechaun clearly reminded her of her roots, as she put some of her bread on the prison window ledge. Her luck immediately starts to turn… sort of. The next morning, she meets the same warden Sweeney told her was easy to bribe. Instead of hanging at the gallows, she comes to an agreement with him. [insert sounds of me gagging] After becoming pregnant, she’s sent back to the America’s to work as a milkmaid and indentured servant. 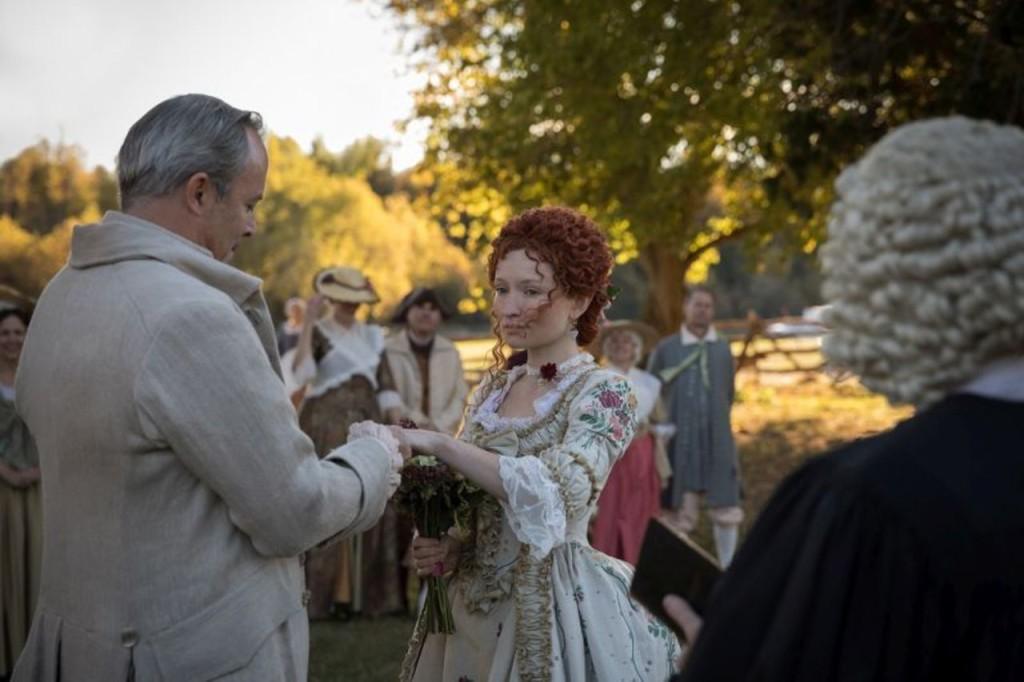 Fortunately, she works for a kind man, a widower. She uses her charm to make him fall in love with her too. Once again, she’s found a way out of servitude. But the trick this time is that she fell in love with him too and starts a family. As time went on, she never forgot to leave milk and bread out for the leprechauns she shared stories of with anyone who would listen. At least, until no one was willing to listen anymore.

One night, while sitting on her porch as an old woman, Essie is approached by a man who claims to know her. It’s Mad Sweeney. Even though she’s never seen his face, she recognizes him. The still-young leprechaun thanks her for bringing him to America, even though there are even fewer people here to worship him than there were back in the old country. Sweeney does one of his patented coin tricks and walks Essie McGowen off to the afterlife.

In modern day, Laura, Sweeney, and Salim are on their way to Kentucky. That’s when Sweeney lets it slip that the gods are having a meeting in Wisconsin. Feeling that Salim’s done more than enough, she tells him where to find his djinn and sets him free.

[Headcanon alert: Salim’s a djinn now and his cab is the modern day version of whatever a lamp is supposed to be for genies. When Sweeney and Laura tried to steal it, it was the same as rubbing it and he became their servant, whether he knew what was happening or not. When Laura set him free, he sprinted off to finish his journey and because it was his first taste of freedom.]

In need of a ride, Laura and Sweeney stole an ice cream truck. Well, they actually asked for it. The driver just asked for them to punch him so it looked like he put up a fight. Thankfully, Sweeney hit him instead of Laura, because she would’ve smashed his head like a melon.

On the road in an air conditioned truck – which I imagine is great when you’re decaying every second – Laura suddenly swerves off of the road to avoid a rabbit, sending her body out of the windshield. You almost forget that she’s dead as she crashed and her body splits open, sending the magic coin keeping her alive flying a few feet away.

Moments later, Mad Sweeney wakes up and heads towards Laura’s body. His plan worked. He just hung around her long enough for him to get a chance to take the coin back. But something stops him. Is it Laura’s resemblance to Essie McGowen? Maybe. That could definitely be part of it. For all we know, she’s a descendent. But there’s definitely more to it as the biggest bombshell of the season gets dropped.

Mad Sweeney’s been here before. Not this particular road. But in this position. He’s stood over Laura’s dead body after a car accident in the past. It turns out he was the driver who drove Robbie off the road the night Laura died. And he did it on Wednesday’s orders.

Why did Wednesday want Laura dead? We’ll have to wait and find out.

The guilt got to Sweeney, as he took the coin and put it back in Laura’s dead carcass. She springs back to life, punches him square in the face, and flips the overturned ice cream truck back on its wheels with ease. The two are back on their way to find someone who can bring Laura back to life in Kentucky.

No doubt, “A Prayer for Mad Sweeney” is my favorite episode of this show. Which is odd – and concerning–, because it didn’t include a single fame of Shadow or Wednesday. Pablo Schreiber and Emily Browning delivered some of the best performances of the show. The only one that I imagine beats it out so far is Orlando Jones speech on the slave ship. And that’s not really fair because that monologue is f*cking Emmy worthy.

All we’ve got left is the finale, people! I’ve really enjoyed the show so far. Some episodes more than others. But it’s earned the honor of being something I’d recommend to certain friends. What do you think? Let us know in the comments!