I have no idea what I did with my first ten hours with Destiny. They are gone, poof, no longer retrievable. Which isn’t to say that they were forgettable. On the contrary, I didn’t feel like I had spent a full ten hours yet, I just assumed that I had considering how much my character had leveled up. There are few examples where the critical review and the perceived user experience have differed this much on a game, but I suspect, as most things, the difference lies in the expectation. Let’s get something out of the way early that has not been contested: the gameplay of Destiny is phenomenal. The weapon handling, enemy A.I., skill tree, and all the elements of actually playing the core of the game are first class, all consistent with Bungie’s polished vision and physics that made the Halo franchise so unique. There is a very short list of First person shooters that can claim the outright joy of reloading and aiming down the sights that Bungie’s games can and Destiny is no exception. But that label in itself is the first tumbler that falls on unlocking what exactly Destiny is. I mean it most definitely and acutely is a FPS in its most literal definition, but it’s not in the way we’ve been accustomed to. Titanfall took a gamble by making such a game that was devoid of any single player campaign and while it sold well enough early on, I’d shutter to see what those server traffic numbers look like now six months later. But Destiny has a solo campaign. Sort of. It’s a co-op shooter. Yeah, definitely. It’s a Massive Multiplayer Online (MMO) Game? I suppose so, but that might depend on who you ask (especially those in the Bungie’s own marketing department). The bottom line is, defining Destiny, especially for those that are paid on the internet to do just that, isn’t a really accommodating task. So which is it: Destiny is a completely innovative approach to multiple types of gaming conventions or a massive broken promise that was pledged over three years ago? 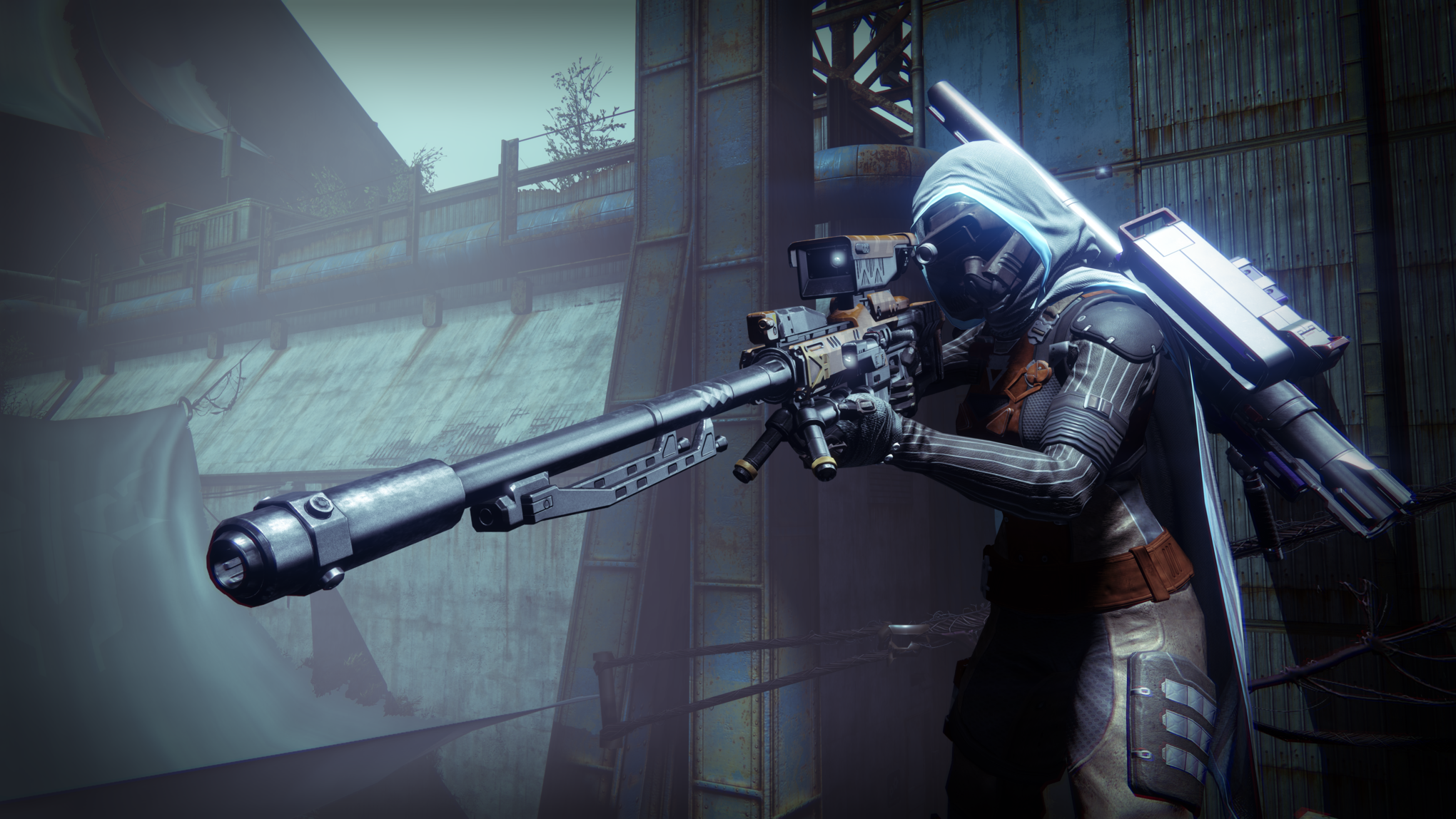 …because frankly, it has to be one or the other. It is impossible and counter-productive to forget one’s past when judging their current work. This happens all the time in other media platforms, especially with music. Artist A puts out 4 albums, all similar in style, all chart toppers, collecting little golden statues and nominations along the way. Then album number five comes out and everybody says, “Well, this is different. I don’t know if I like it, but it’s different.” Well, that’s charitable. In the spreading global threat that is instantaneous reaction, the loudest voices are probably, “this is terrible, why did they change the formula, what a failure in experimentation.” Then, maybe three years later, the consensus comes around that album number five was a brilliant detour from the previous work and gets benchmarked as the point that said artist went from great to historic. At least, that’s what Bungie can only hope for from the critical analysis at this point. Just about anybody that reviews games on sites that many, many people read or listen to, has a finished review of Destiny less than two weeks after it’s launch. On the surface that seems like plenty of time for a game review, even for games like Destiny that can’t be truly reviewed until its launch date because of server dependability. But Destiny is large. Like, really large. As Walt Whitman would say, it “contains multitudes.” Let us not forget that Bungie now develops games that are published by Activision, the same house that Blizzard pushes out World of Warcraft and Diablo from. Games that are meant to be played for YEARS. This is Bungie’s goal as well, for Destiny to join the ranks of Team Fortress 2 and WOW where the servers stay on forever. So, why does that seem vacant from most critical reviews? In a word: Halo. What started as a unique game and story in 2001 from a small developer has ballooned into a sprawling fictional universe that is covered across novels, board games, TV, animated movies, comic books, Legos and Fan Fiction. You can make a great structural game, but you don’t get that kind of world building properties without a pretty good story to start with. I don’t have any 300 page Call of Duty novels on my bookshelves. While the fervor of Halo has been enduring because of the leaps that it made in multiplayer, what drew people in was this story of Master Chief, the Spartan who saved humanity time and time again from alien threats, new and ancient.

With Destiny, the same interesting world building is happening in the game, but the structure of a customizable hero and the assumption that you are one of many protagonists in the world, disable the mythos of the man against immeasurable odds that worked so well in the Halo games. One the failures in this structure that even a Bungie fan like myself will concede is that this might have been supplanted some by the voice acting of your Ghost or companion by Peter Dinklage. To be kind, its terrible. It’s hard to imagine that Dinklage was so bad in the beginning that they had to re-record some of his dialogue, just to arrive at this result, and yet here we are. It’s almost more a testament to how incredible he is when he cares as Tyrion on Game of Thrones to see how disinterested he can be when still collecting a check, but I digress. Many people we’re looking for all these things promised by Bungie when we first heard about Destiny, plus the full experience they gave us with Halo. With the presets listed above, it just wasn’t possible to do both and it’s hard to blame Bungie for leaning towards a vision they’ve long had as opposed to falling back on the same thing they did for Microsoft for over a decade and five games. I do admit, I am curious to see what a linear Destiny story as a fully formed campaign over ten hours would look like…but the 100+ hours I plan to spend with THIS Destiny trumps that.

Among the complaints I’ve read about Destiny is the repetitiveness of the environments. I guess I struggle to find where that is different from any MMO. Even the grinding that is necessary in MMO’s (the act of playing some lower levels multiple times to level your character up enough to be ready for a higher difficulty level) doesn’t feel like grinding in say Star Wars: The Old Republic. Even with a level 20 character, I don’t know that I’ve played a level twice solely because I needed to for the sake of leveling up. The experience has felt different whether I had played it solo before and was now teaming up with another player(s) in co-op. Or I had a bounty I needed to fulfill on that level. Or I was looking for Golden Chests and Dead Ghosts to revive. My point is, this is still grinding in a sense, but it is cleverly packaged as just more gameplay. And that’s what Bungie gives you in Destiny, TONS of gameplay.

Maybe it’s in the wording: Bungie not wanting to call its game an MMO. Or stating after reaching level 20 and finishing all the (shipped) story missions, that you’re in the “endgame” gameplay. The reality is, reaching level 20 seems like a jumping on point much more than stuff you do after you beat the game. It seems that half the game in the form of Strikes or gear or game types don’t even open up till level 20. I won’t pretend to know all the answers or claim experience for writing reviews and impressions for games over some of the very veteran voices that have been harsh on Destiny. What I will say is I’m not sure how you critique a game for not doing what it never promised to do. Or for judging it as a 10 hour game without acknowledging that it’s built as a 300 hour game. Destiny is definitely open to valid critique and there are criticisms of the game that go beyond “not getting it,” but the game is a testament to ambition and scale. Bungie decided to play the long game this time around and I’m not confident that we’re having the right conversation about it.