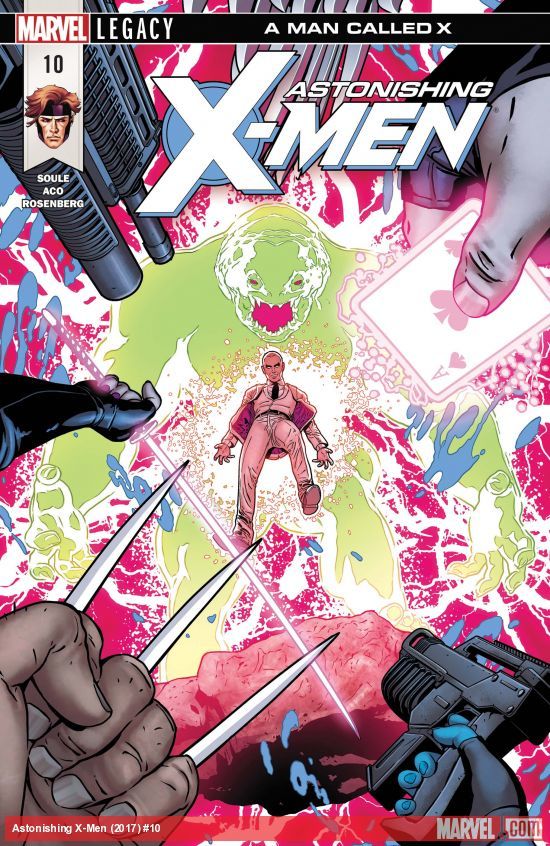 Act Two and Chapter Four of the “Man Called X” storyline finds the X-Men engaging the resurrected reality-altering mutant Proteus.  In previous issues, when Xavier escaped the Astral Plane by defeating the Shadow King, he inadvertently brought Proteus to London.   Bad break for the Brits, but he picks on the Scots next.

The very first page of the issue of this goes straight for the esoteric as the cast is introduced in circular panels forming the Kabbalist Tree of Life with the Blackbird flying in the center.  On a subtextual level, this image sets the tone for the entire issue. Read it once, and review the art at least twice in one sitting. 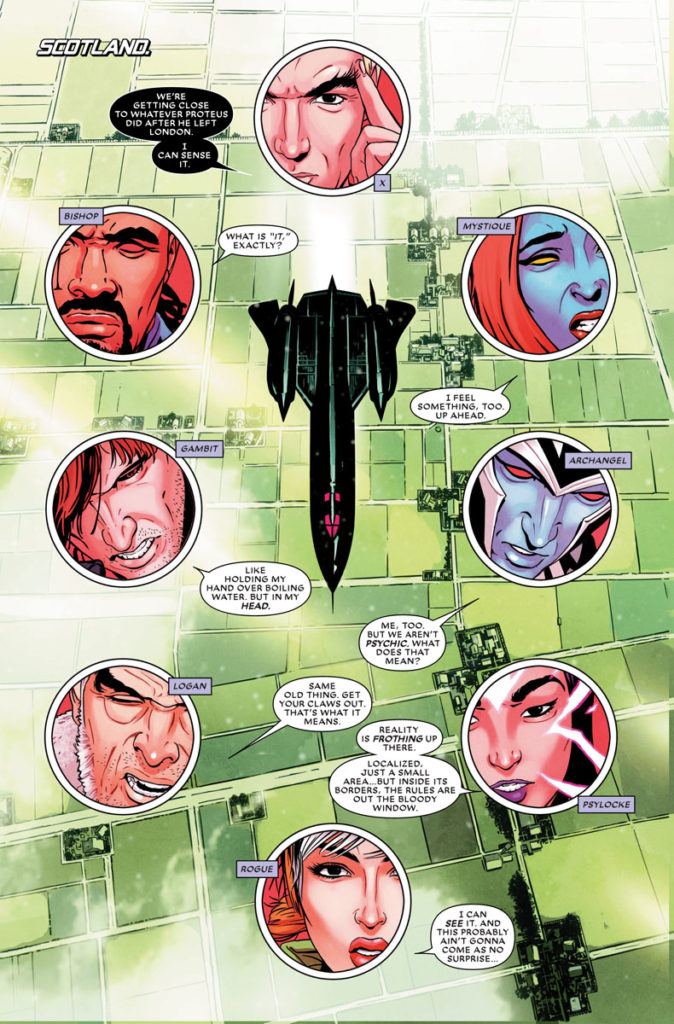 Proteus unleashes a twisted, yet appropriately benevolent, plan to test his plan of bringing Peace to Earth by first creating a small Eden in Scottish village.  He recognises that sharing his power (the ability to change reality at will) is better served shared amongst many than used by one. Thus, he expands his powers to envelop a town, enclosing its inhabitants into a psychedelic, dragon-filled hedonist poptopia.

Pause. Psychedelia poptopia? Enter ACO.  2017’s Nick Fury mini-series by James Robinson and ACO was a slept on work that was the most distinct visual comic published by Marvel at the time. For this reality-bent issue of X-Men, his style renders perfectly the fluctuating reality as controlled by Proteus.  Every page POPS – even more so with the explosions of psychokinetic energy. 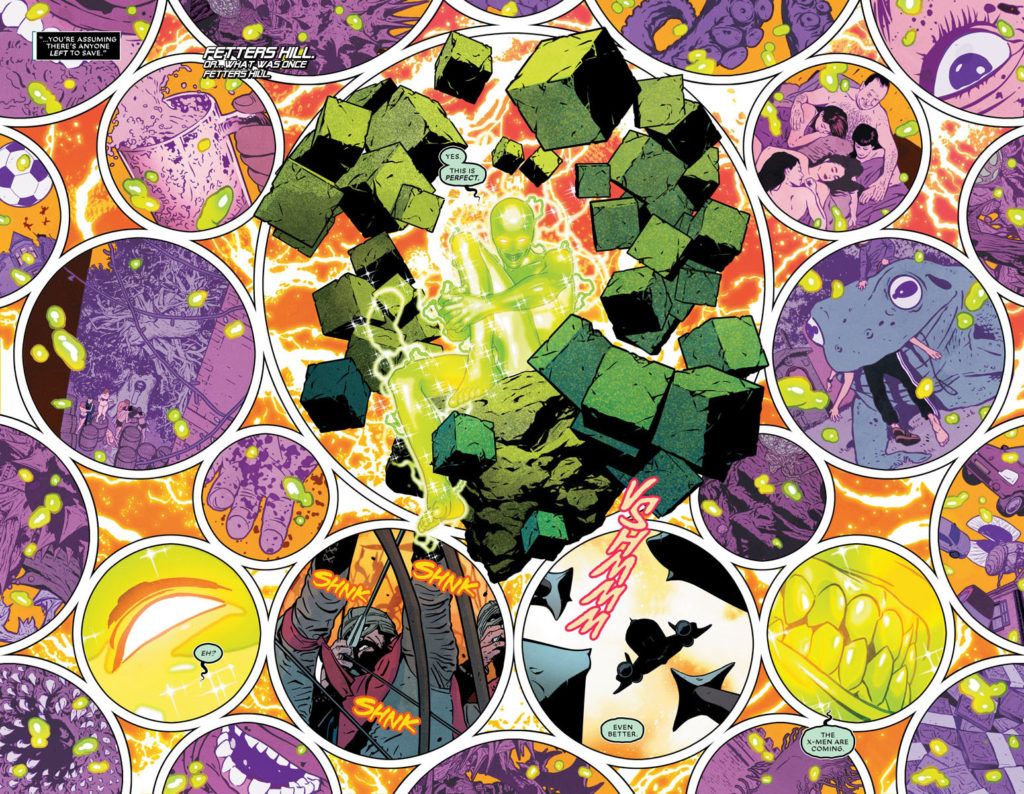 Proteus (son of Moira MacTaggert) is a classic X-men villain, first appearing in Uncanny X-Men #125 (1979). Due to the extremity of his powers, he spent most of his life in some form of captivity – first on Muir Island as a child, and later on the Astral Plane.  The philosophical and moral musings of Proteus drive the narration of this issue and finally make the character sympathetic in this arc, even more so than the resurrected Xavier. He tells X, ” I refused to submit to the tyranny of reality. I don’t think the world should either.”  Ideologically, he is not that different from the any demagogue – Magneto or even Xavier himself.

Astonishing should be winding down soon as it was originally slated to be a 12-issue maxi series.  At this point,  the intertwined fates of X and Proteus may hold the answer to story’s pending finale. The early issues were strong, and the series wavered some in the middle, but with only two issues remaining, this volume just may live up to its predecessors in the Astonishing line. [not counting the Age of Apocalypse volume].