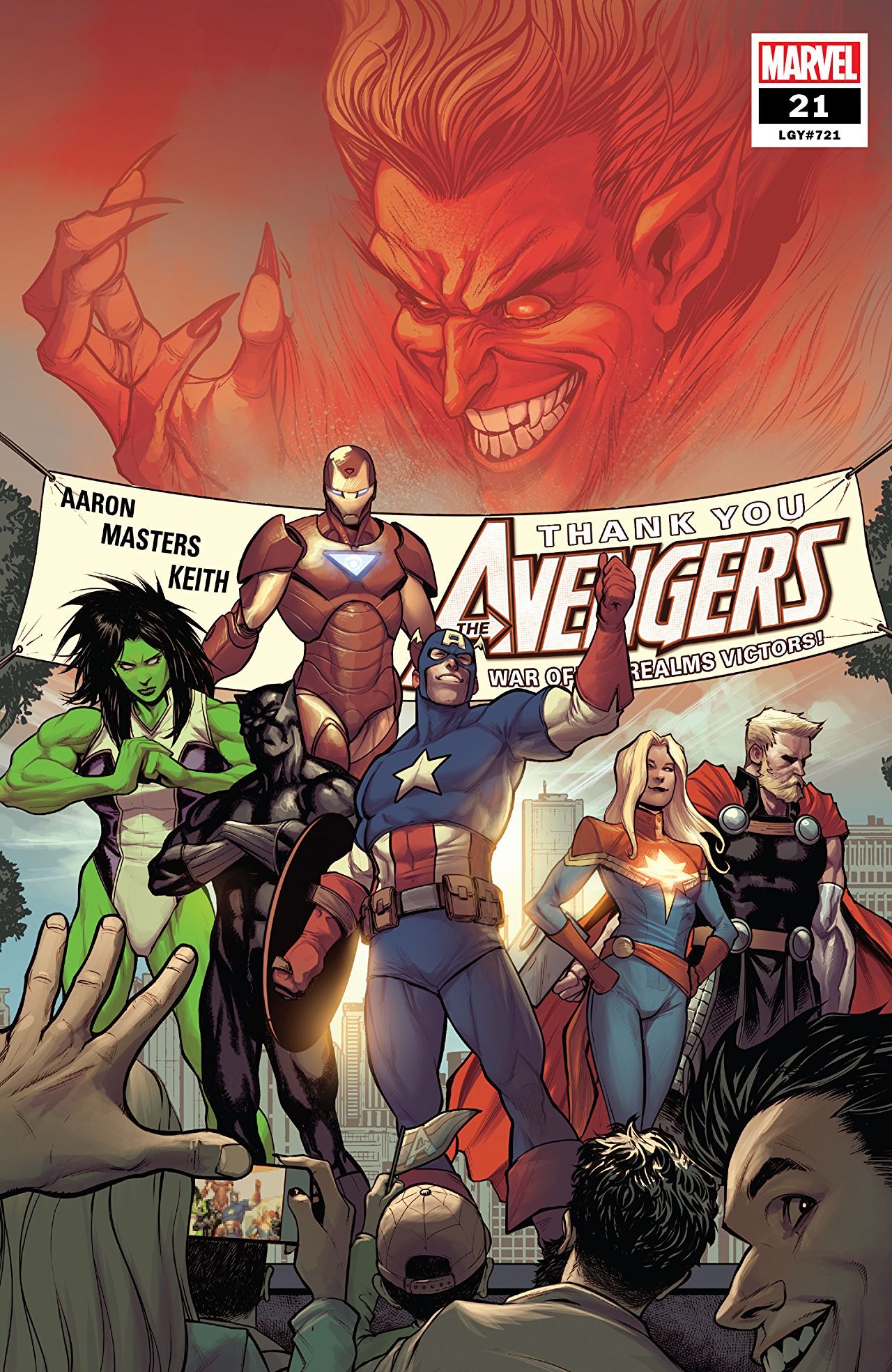 She Hulk wants Blade’s D, and I’m totally with it. A double Jason team brings us Avengers #21. The War of the Realms is won and done, so the Avengers are relaxing. Kind of. Except Black Panther; he’s putting in that work always. Funny enough, the comic starts with the big three just like the first issue of Jason Aaron’s run. Iron Man, Captain America, and Thor are in a hot spring…naked. Thor’s playing with his hammer (the innuendo is definitely addressed), Stark is remotely cleaning up with only his helmet on, and Rogers hides America’s ass from innocent eyes with his shield. Blade flirts with She Hulk on his way to handle the newly relocated Dracula, and we get a special insight of Walters’ mid-Hulk thought process. While interpreting Blade’s running game, her thought bubbles reveal a very lucid Jennifer grappling with the situation before a “Hulk-speak response”. Meanwhile, the new Ghost Rider and Captain Marvel are fishing for monster sharks while she gives him a good ‘ol pep talk about being an Avenger. Ghost Rider, Captain Marvel, and Hulk eventually find their way to the hot spring to join Rogers, Thor, and Stark. The carefree moment is momentarily interrupted, not by any enemy but by a look into each character’s insecurities in the form of their thoughts. Black Panther, though, decides to celebrate a well fought war by infiltrating a top-secret U.S. bunker to confront Phil Coulson about the Squadron Supreme. 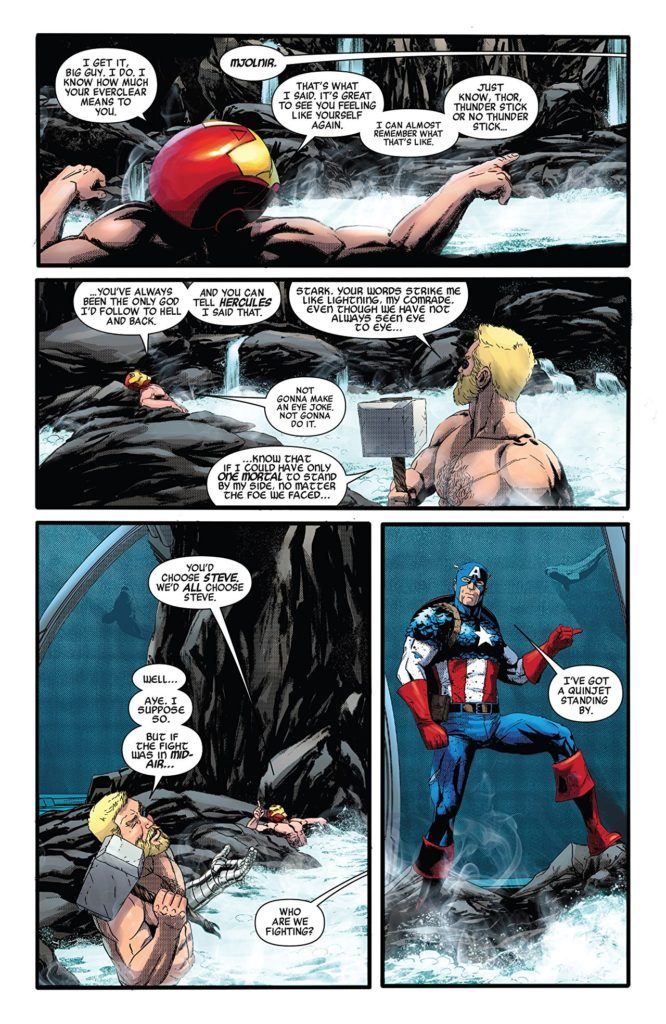 This issue is a nice reminder of how much Jason Aaron has built up this current state of the Avengers. Between Namor, Johnny Blaze, Dracula, and the Squadron, he has enough potential plot points to keep us on our toes. The art is definitely not at the same quality as we’re used to. McGuinness is a tough artist to follow, and it shows. This comic shines in its laying out the insecurities of the characters along with the external threats that are looming. At the same time, the dialogue is often light and hilarious. The tension between the two reminds me of Infinity War and Endgame. The dread is definitely there, but it’s funny as hell. According to the teaser at the end, it looks like we’re leaning into the direction of the new and old Ghost Riders. It’ll be interesting to see Aaron’s take.