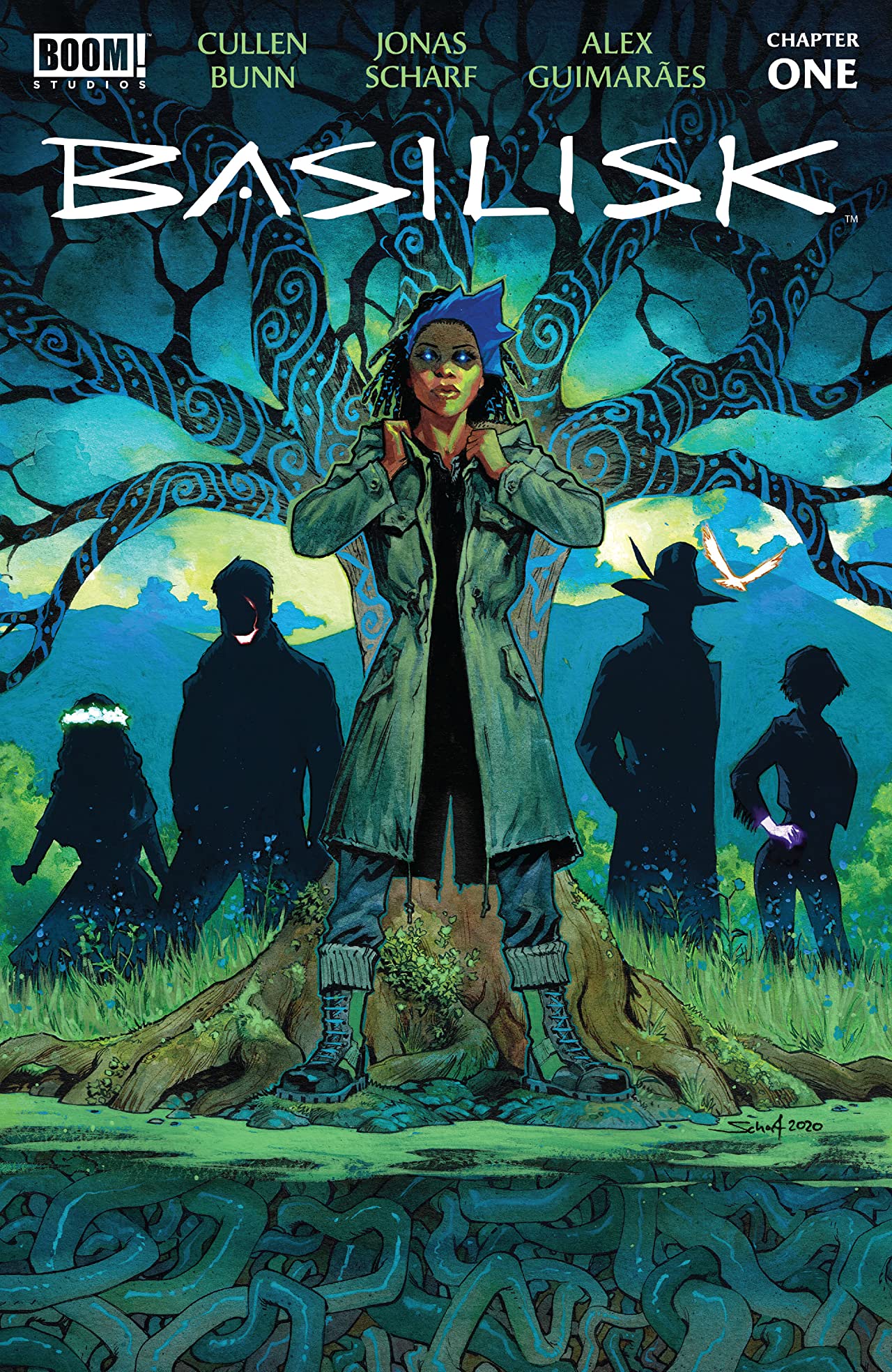 The cold open to Basilisk #1, from Cullen Bunn and Jonas Scharf, is one of the most visually engrossing opening pages of a comic I’ve seen. The hard contrast between sepia tones tessellated between a subdued blue create this haunting juxtaposition of landscapes creates such a chilling atmosphere from the get. Scharf really put his best foot forward in cultivating the world.

Past the open page, we get a vague sense of what’s going on. A group of five mysterious strangers have descended down to a small town and committed an act of violence, and then we pivot immediately to a different point of view character who the story is actually anchored around.

Basilisk, according to the solicit, is about “The Chimera,” a group of five individuals with vaguely supernatural powers and specifically about Regan, a defector from the group, who teams up with a victim from her past to confront the other four. And that’s mostly what the first issue revolves around is this staging of vague conflicts.

Bunn does a very good job at creating an ominous atmosphere and a sense of foreboding. Hannah, the aforementioned point of view pivot and the character who captures Regan to kickstart the plot, has a couple of nice soundbites but doesn’t feel quite fleshed out as a character. Of course, relying on archetypal frameworks is not a bad thing, it’s just that in this particular case it feels like it errs a little too much on the vague end of the spectrum. There aren’t a lot of grounding narrative details to latch onto and while the world is visually interesting, I’m not quite hooked.

First issues are hard. Bunn has the requisite elements for an interesting narrative, but Basilisk #1 is a little nebulous at the moment for me, and I think I need to withhold judgement for the second entry before committing either away. That said, Scharf’s artwork is a showstopper and the majesty of the visuals alone make it a decent addition to the pull.