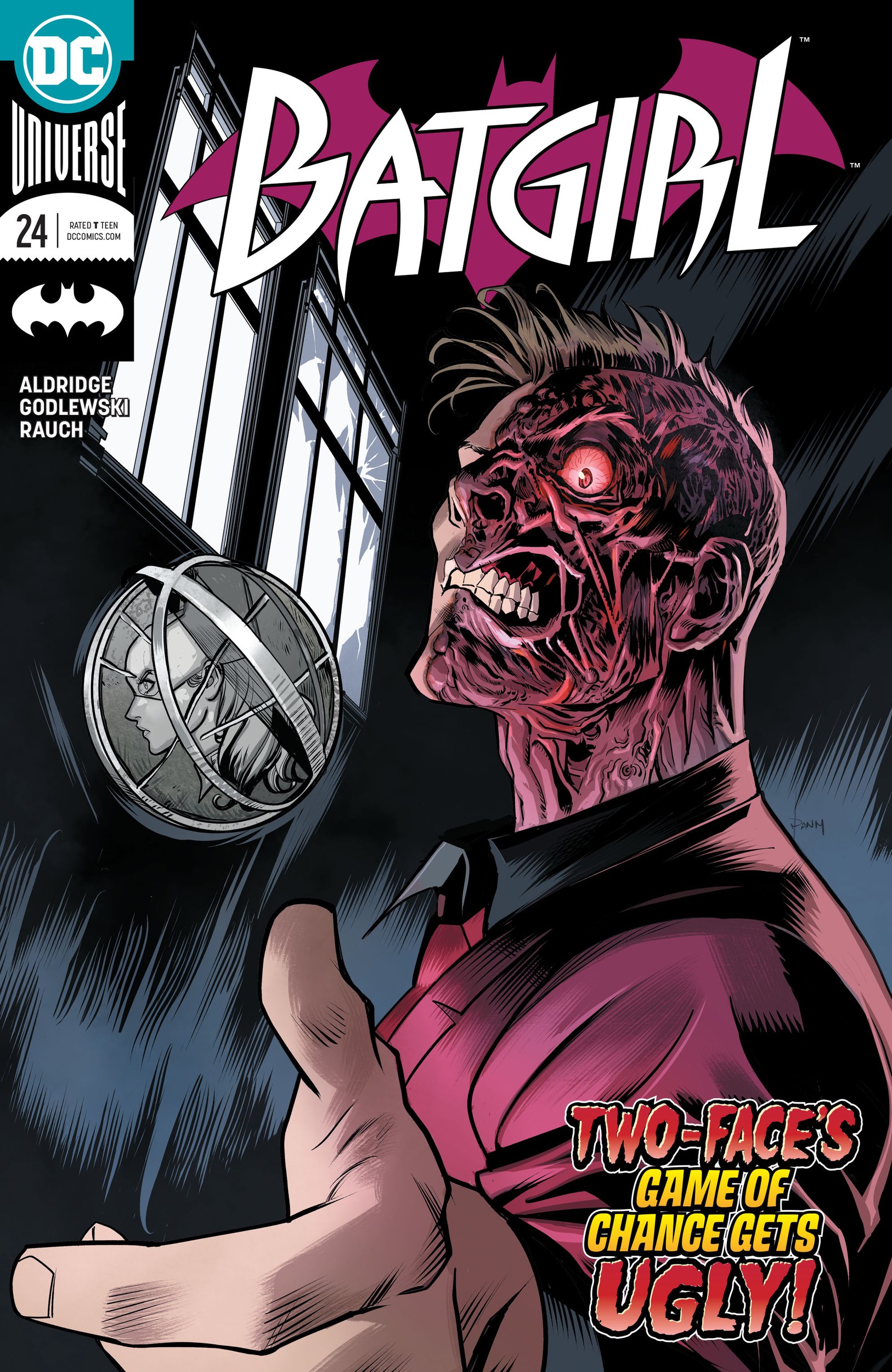 Quippy new inner dialogue comes courtesy of Batgirl stand-in writer Shawn Aldridge, filling in for Hope Larson during this whole Bat-wedding saga. The shift is noticeable from the opening pages, as Batgirl takes on a more traditional action comic feel, complete with an early fight scene with a panel of someone being punched, by our hero, in the face. Add in a high-speed chase, and a bunch of hero shots, and hey, it’s all cliche for good reason.

The standalone plot puts Batgirl on the heels of an old friend who’s gone down the wrong road towards a life of drugs and crime. The twist comes when Two-Face is revealed to be involved, and we learn there’s a lot more than meets the eye in what turns out to be a great, concise, and fun story. Plenty of clever writing tricks and small turn after turn keeps it interesting, along with some fun panel progression and actions scenes with a confident, capable Batgirl. Taking place mostly at night, the stealth factor is turned up to 10 as she Tenchu: Stealth Assassins her way through her plot levels with some fun artwork. Owning a mob of four goons and a few side panels of Batgirl’s hands as she slips through knots are particularly cool.

Overall, as a standalone, this is about as good as it gets. Look forward to more, because if they’re like this, it’s going to be a refreshing break full of mini adventures for Batgirl.

8.6 out of 10
Reading Batgirl? Find BNP’s other reviews of the series here.