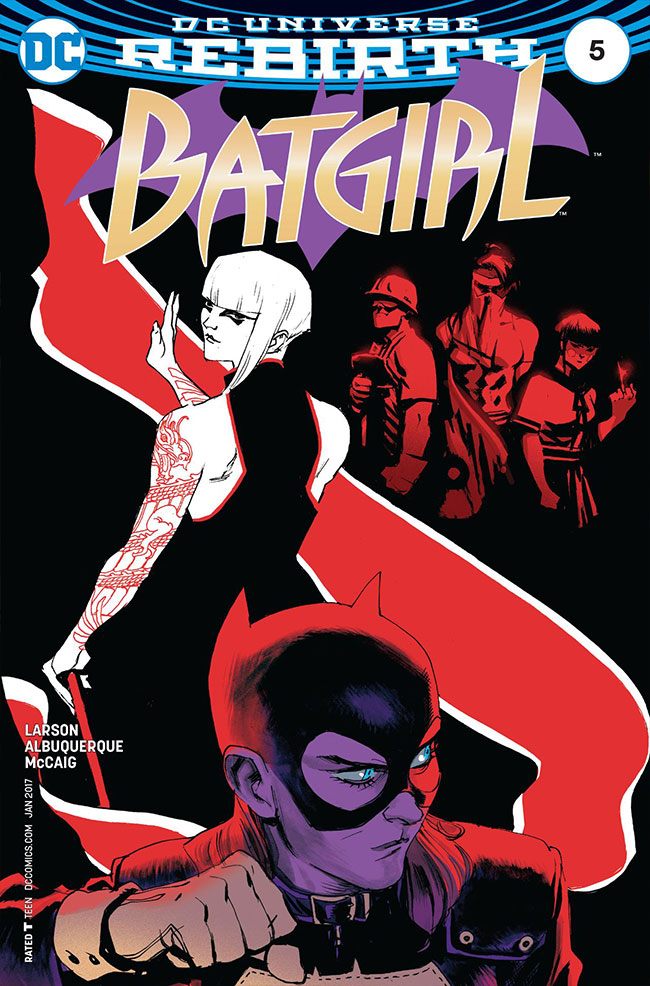 We’ve reached the finale of “Beyond Burnside,” finding Batgirl face-to-face with a woman known only as The Teacher. It took 4 well-paced issues for Batgirl to put together the clues that led her to understand what’s going on in Asia – specifically, having discovered a bio-encrypted bacteria and intelligence-raising drug that was being used on college students desperate to graduate. Of course, the drug caused horrible side effects, and students were being taken advantage of as test subjects for a produce that would have a pretty lucrative market value of 3 million Chinese yuan (or about $435,400). Not bad for a black market scheme with voluntary participants; The Teacher is Shanghai’s Ursula just trying to help some poor, unfortunate souls and bank a few hundred grand in the meantime. She started from the bottom herself.

This was an action-filled climax and fitting end to the story arc, drawing on many of the plot aspects we’d seen prior like Fruit Bat, Babs’ ability to learn during a fight, side effects of the intelligence-enhancing drug, and her relationship with Kai. You may roll your eyes at a flashback as I did, including a raised eyebrow at the speed and method with which Batgirl learns how best to face The Teacher, but it’s forgivable given the pace of the series that made it so enjoyable to begin with. Practically each issue took place in a new country; and alongside the mystery itself, those gave the arc its charm more so than how Batgirl would be able to stop the drug trade once she found the leader. Not-a-spoiler-alert: she’s gonna throw hands. 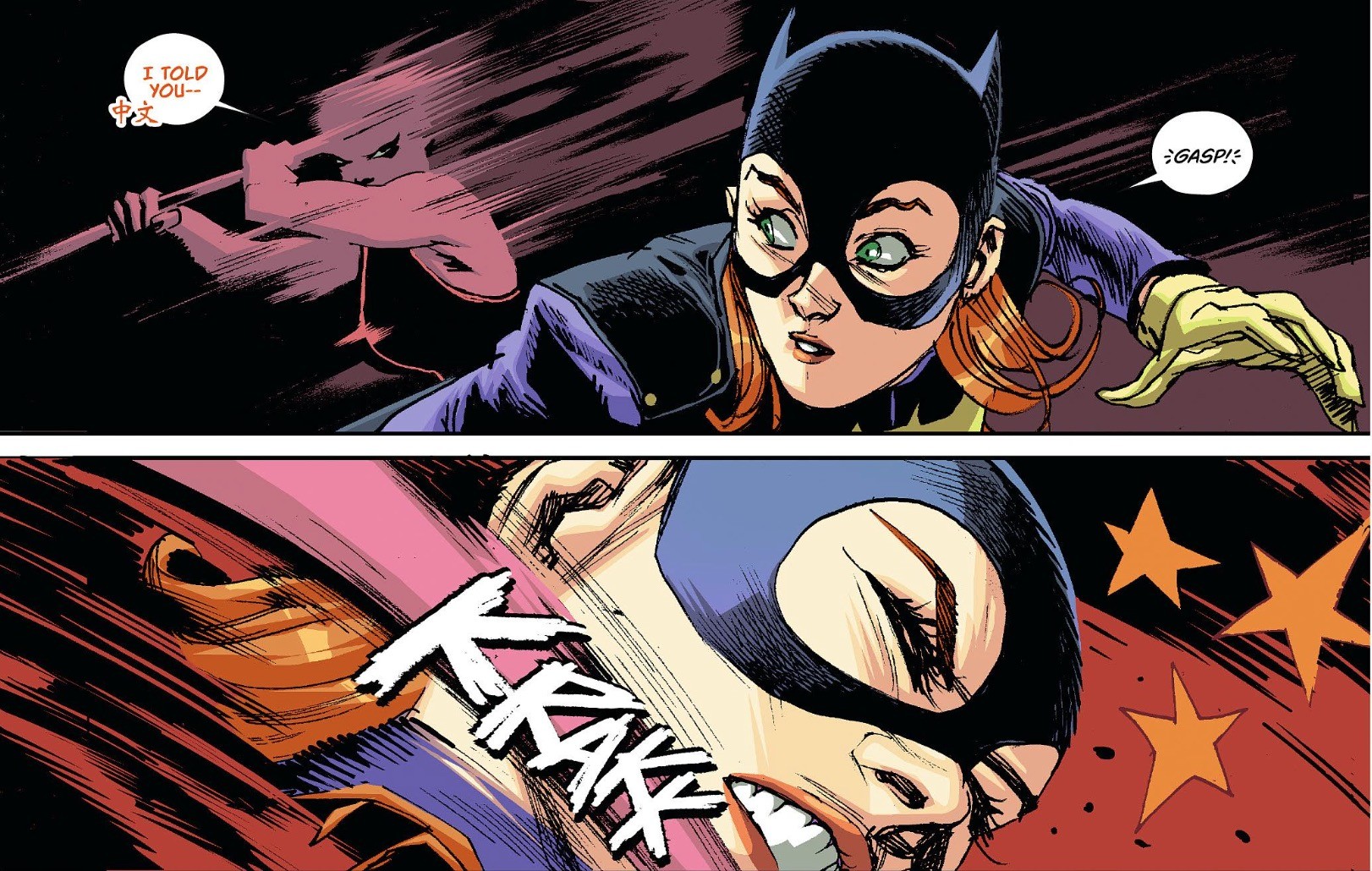 Overall, this was a fitting climax to a fun adventure. The fight scenes and panel layouts have been a consistent joy in the series, and the finally rightfully packed in the most of that in a single issue. And, as a travel adventure, it’s only right to end on an introspective view of a horizon, a scene to capture the inevitable reflection that happens when your travels wind down to an end. Forget your favorite travel book, “Beyond Burnside” is the globe-trotting adventure you should read.

Reading Batgirl? You can catch up on previous reviews here.