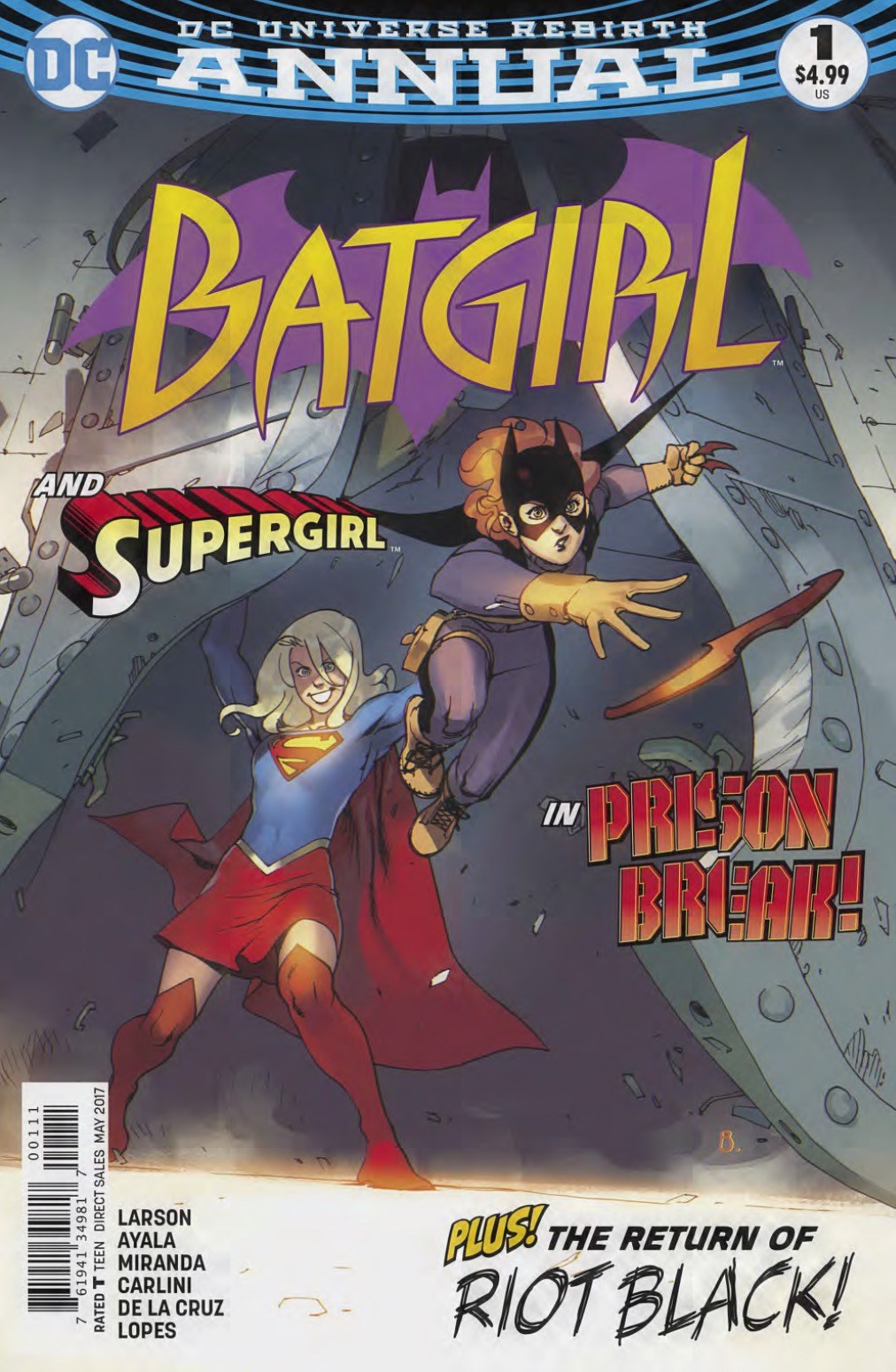 Batgirl Annual #1 gives us two stories in “Rain Check,” a prequel to Batgirl #1, and “World’s Finest,” a Babs and Kara team-up that will continue in Supergirl #9 and Batgirl #10 as Babs squares off with the Penguin. If you have been reading Batgirl you may be wondering how Batgirl Annual #1 will fit into the current “Son of the Penguin” arc, but both short stories allude to plot and themes that can tie in – such as data mining, in “Rain Check” – and the inclusion of Kara could play a fun role if she were to assist Batgirl in a small way, or a related side mission, without suddenly becoming integral to an arc that has developed so far without her. Regardless of what’s to come, Batgirl Annual #1 is fun by itself, both short stories highlighting friendship and women saving women.

The first, “World’s Finest,” is awesome in its beautiful artwork by Inaki Miranda. Each scene of Batgirl and Supergirl feel as miniature epics, understated moments that shine in their casualness and subtlety while being altogether badass by nature of these two heroes just being in the same panel. No dramatic hero poses or oversized moon in the night sky, just rain and the banter of friendship, confidence, and mutual respect.

A duo of brains and brawn, Batgirl takes lead on the former while Supergirl carries the latter as the two break into a prison to rescue on of its captives; that is, until things turn sideways and dark, and the two must improvise their plans.

In “Rain Check,” Batgirl’s partner comes in the non-powered form of her best friend Alysia who unwittingly tags along for a mission and proves that being non-powered makes her no less brave. This story plays more into the dynamic of friendships of the long-lasting variety, as opposed to the newer friendship of Babs and Kara, and ties into themes from Hope Larson’s Batgirl series as Babs continues to search for a balance between hero life and personal life. As this takes place before Batgirl #1 it really helps elongate the theme and its importance in Babs’ life – she wants to be both hero and thoughtful towards those important to her, and despite how difficult that prioritization has been, she continues to try and promise to herself that she can, and will, do better.

Overall, two short stories of friendship showing value of both the super-powered and non-powered varieties make for a warm read. They also make me look forward to both individual series as they continue in Supergirl #9 and Batgirl #10, on shelves in April.