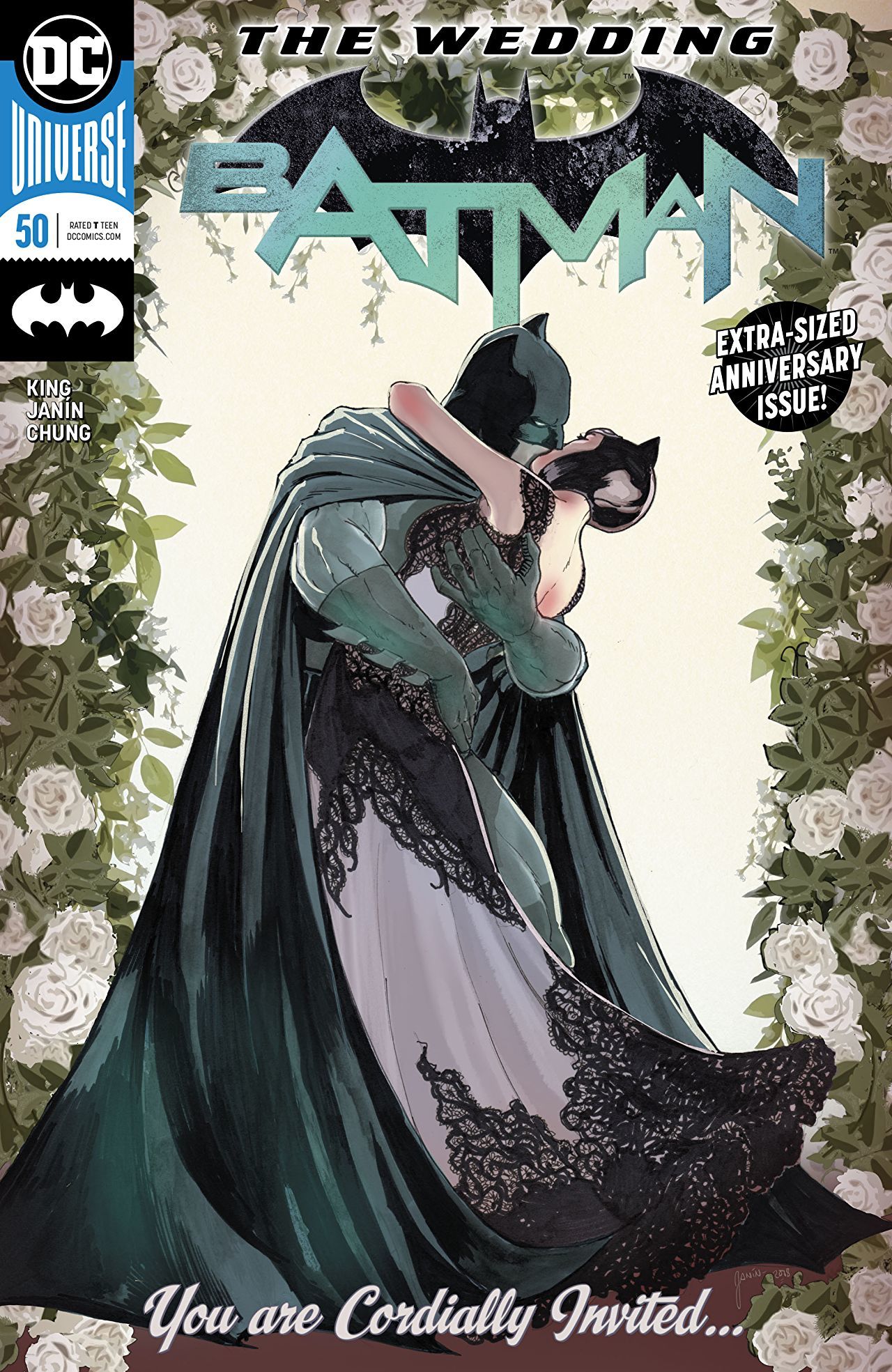 With issue #50 of Batman, Tom King reaches the halfway point in his 100-issue run with the title. Readers finally get the payoff for a storyline that began last year: the wedding of Bruce Wayne (Batman) and Selina Kyle (Catwoman).

Coming into this issue, we’ve gotten intimate looks into both of these characters as well as their non-traditional relationship. On the surface, the world’s greatest detective and its most elusive cat burglar have nothing in common. But after 49 issues, it’s become more clear that they’re both products of misery fighting for a chance at true happiness they aren’t sure they deserve. Those themes are explored further in this issue as the big moment approaches.

The story is told from both Selina and Bruce’s perspectives, intersecting for the occasional important moment. Instead of planning a massive service where the Justice League would be sitting across the aisle from Batman’s greatest foes, the couple decides to go with a more stealth approach that fits them well. They’ll get married on a rooftop by a reverend who won’t remember a thing come the morning and two of their closest friends as witnesses. 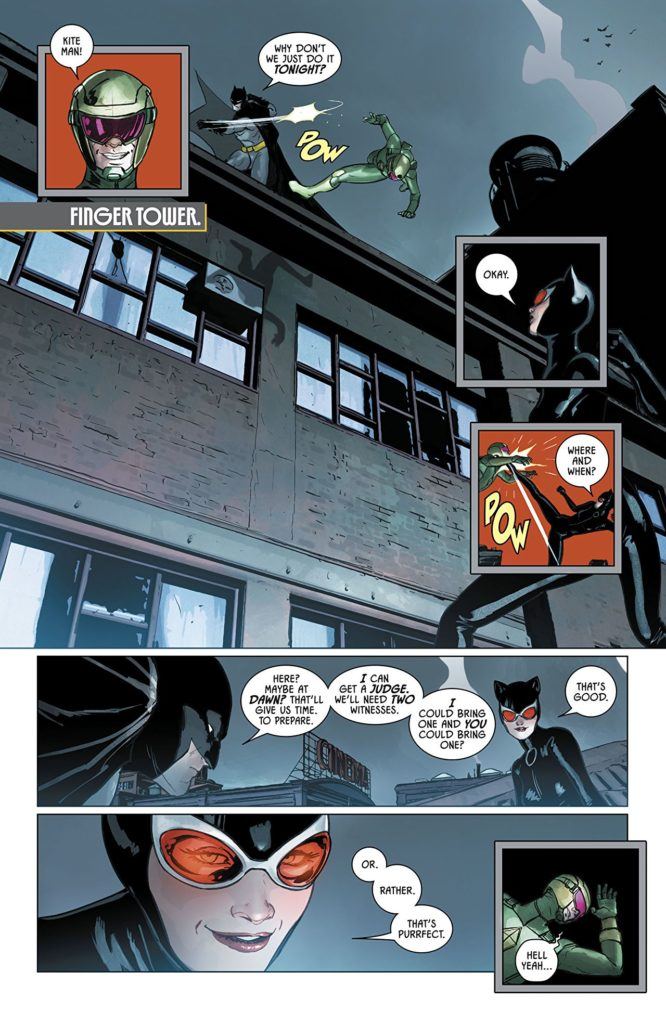 Leading up to the service, the back-and-forth conversation between Bat and Cat is revealed to be two letters they wrote each other leading up to the wedding. When you read this story a second and third time, as you should, you should keep this in mind and read them as such to add new flare to the story.

To avoid any major spoilers, although they’r unfortunately out there, I won’t reveal how the ceremony goes. But I will say that it left me with very mixed feelings. There was a very strong emotional reaction, which was a mix of both closure and frustration, but I understood why things went how they did.

I’m a firm believer that the best writers can all but yell how a story will end up to you with foreshadowing but you still won’t realize it until the moment of truth. That’s how I felt reading issue #50 of Batman. The end result made all of the sense in the world after the fact, but if you would’ve asked me before reading I would’ve guessed it could’ve gone a completely different way.

As you may have heard in the past few days, the big “Will they or won’t they?” plotline was blatantly spoiled in a news article this week. But if you’ve been reading this series thus far, you should already know that King’s writing style and Mikel Janin’s art make this story well worth experiencing for yourself, spoiled or not.

Sidenote: Huge shoutout to all of the additional art from the dozens of artists who also contributed to this story. It was a nice way to pay homage to the many different ways we’ve seen these characters and gave us an idea of how we could in the future.