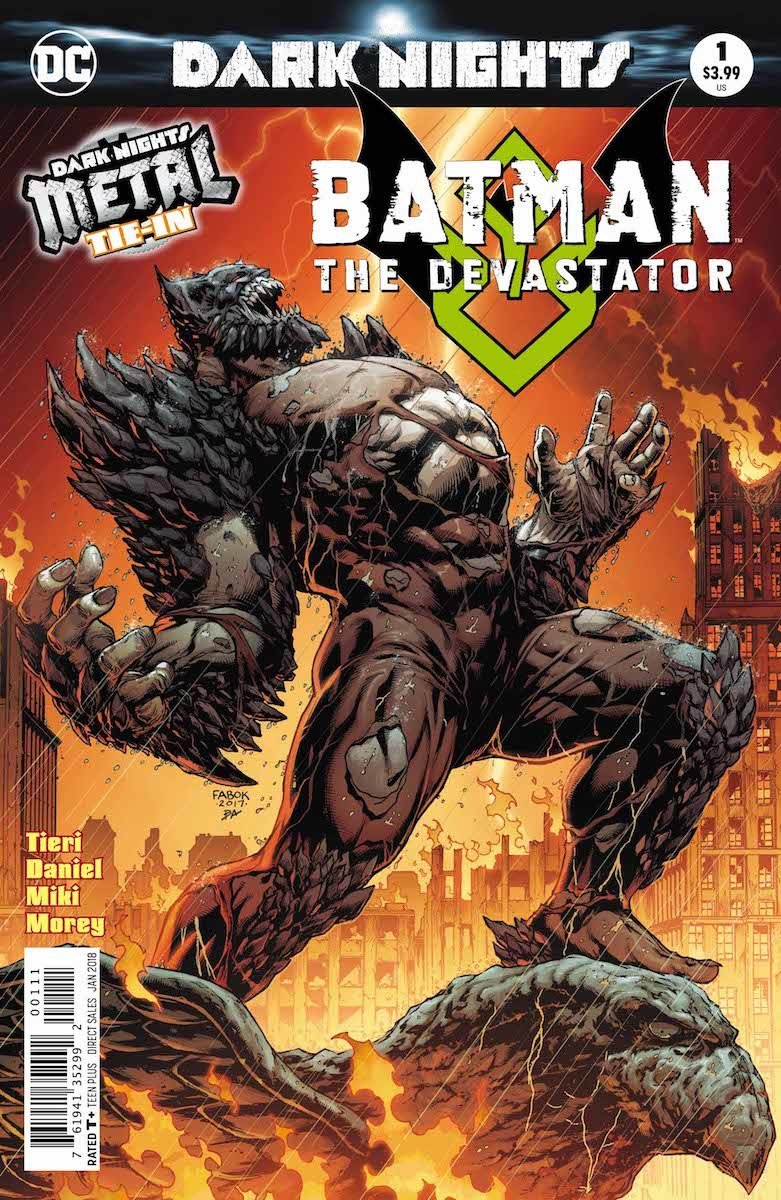 The Dark Knight of our world has always anticipated the worst from his super-powered counterparts. Always kept contingency plans in place just in case. Elsewhere, those fears have manifested themselves into the creations of unfathomable evil. One of seven evil Batmen from the Dark Multiverse of DC’s “Metal” event, Batman: The Devastator explores a world where Superman is the antithesis of The Big Blue Boy Scout.

Hope is synonymous with Superman. The chiseled good looks and dashing smile. Both utilized to melt hearts and solidify one’s belief in the greatest hero known to man. Well, what if I told you there was a world where all that changed. Everything about Clark. Everything about Superman was turned on its head in an instant, and the only man left to stop him is the Dark Knight. 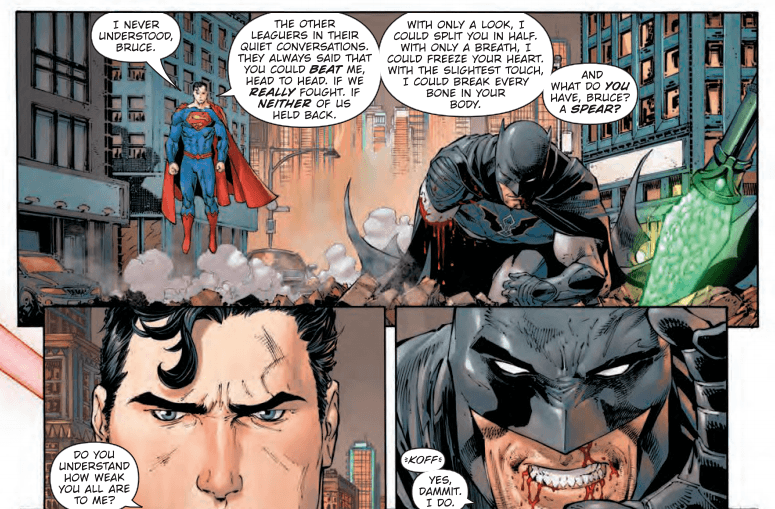 This issue is ripe with hope, or better yet, the naive aspect of it. We have always known Bruce could resort to any measure in order to bring down his enemy. But when that enemy is his best friend, the real question becomes what measure would he resort to if he was faced with the dilemma of a hopeless and homicidal Superman? When a Kryptonite spear just isn’t enough, Batman refuses to let the world be crushed under his solar radiation powered boots. His answer to the destruction he is witnessing relies on an unthinkable option. An option that comes at a devastating cost.

This issue has a few superhero cameos trying to stop the Devastator but is filled with way more superhero death. As each of these tie-in issues drops, we get more and more nightmarish Batmen giving our heroes the 2 piece combo with biscuits and greens. And we’re here for all of it! Superb writing and phenomenal art make this another proper take on Batman turned villain.