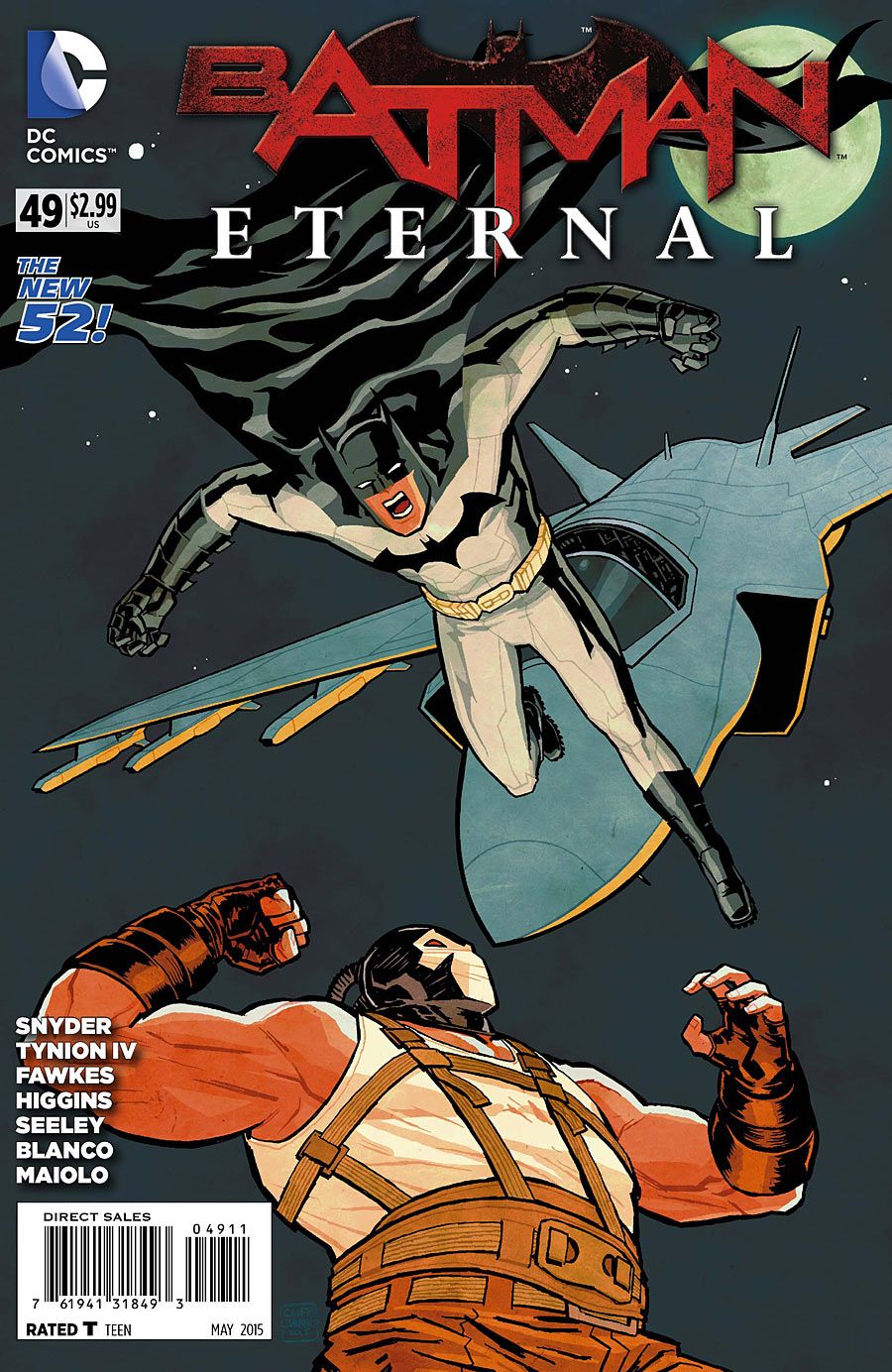 Batman Eternal ends in a few weeks, y’all. Wow, I’ve really been writing about this book for a year now. Well, Scott Snyder’s creative team has taken us for quite a ride throughout Gotham City at its most tumultuous, but it’s time for Batman to get down to cleaning things up. And, man, does he EVER have a lot of cleaning up to do.

This week, the family is in a great deal of disarray with Hush having taken over operations at the Bat Cave….the one they left him locked in…with all the controls in plain sight for him to learn. You see how shit goes off the rails when Batman isn’t home? Now, it’s up to the Pennyworths to take the cave back from Batman’s childhood stalker friend. Meanwhile, the Spoiler gets to resolve some daddy issues once and for all. 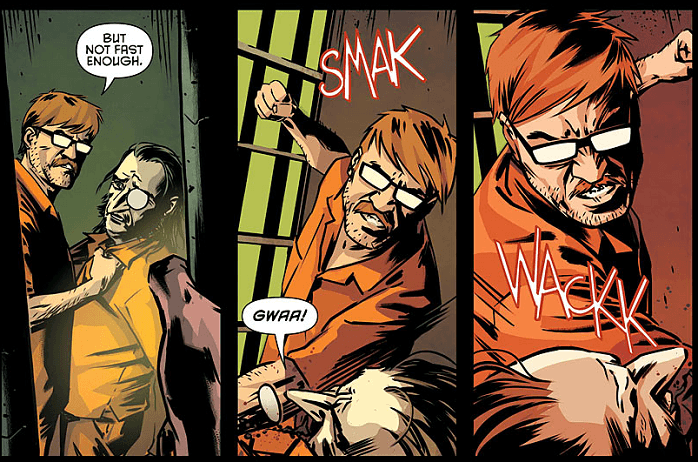 My favorite moment is watching Jim Gordon invoke Watchmen’s favorite hard man, Rorschach as he takes on the Penguin’s goons in Blackgate. Kyle Higgins manages to keep a good grasp on the varying points of view so they feel intense instead of jumbled. Fernando Blanco’s artwork is just as lovely as last week. The Spoiler’s exchange with her Z-list father, Cluemaster was a pretty well detailed high point.

Bottom Line: With only a few issues left to go, Batman Eternal is certainly finishing strong. Hopefully, the final three issues are this good. 8 out of 10