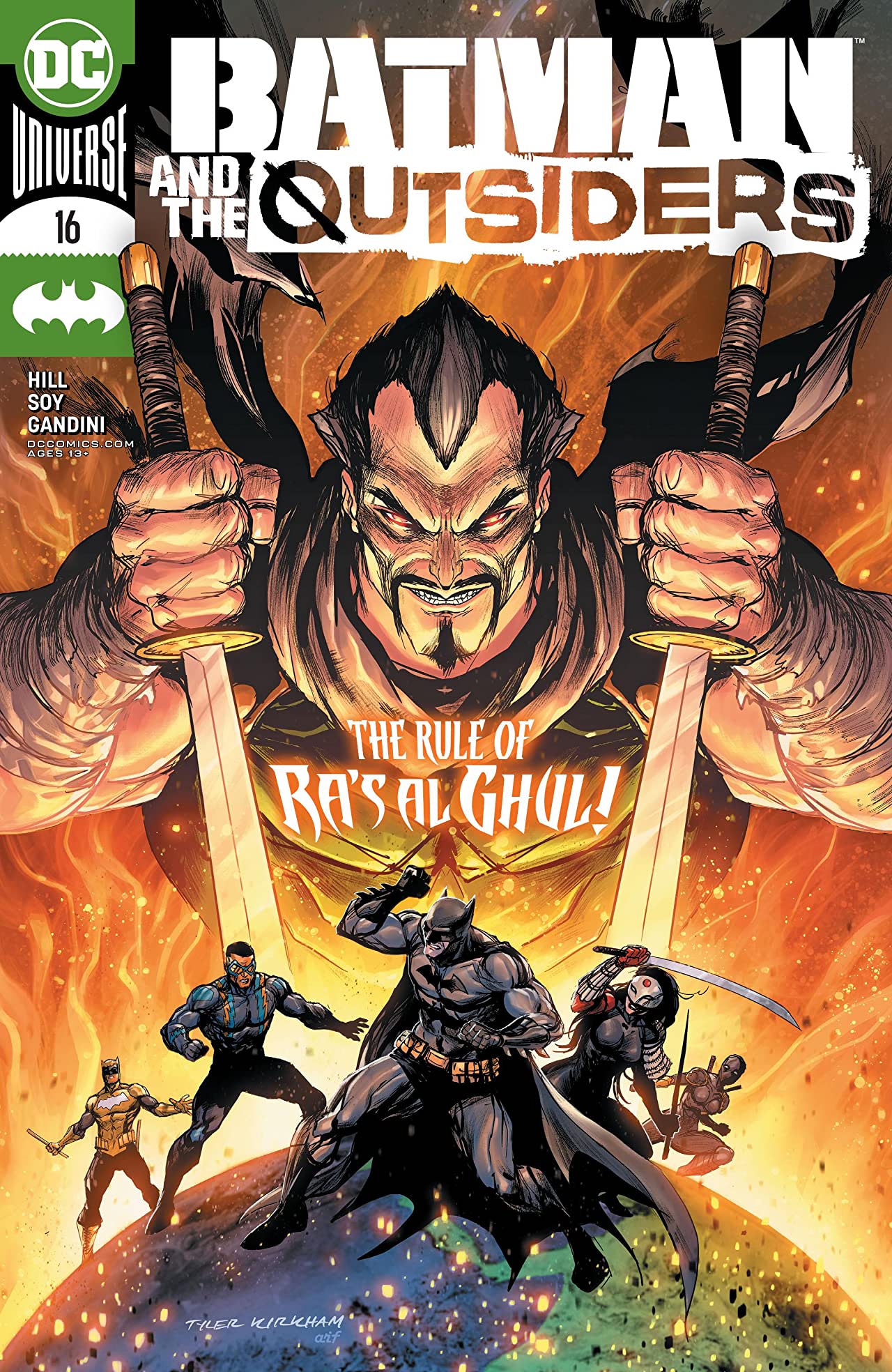 It sucks to say this, but this is the penultimate issue of Batman & The Outsiders. Pour one out for the team on and off the page. It’s much deserved.

Issue #16 focused on the group taking on Ra’s AL Ghul for one final time as he uses his weapon to try and take over the world. It pits him against Black Lighting in a battle of literal wills for the fate of Earth.

While the plot of this book has never been the most complex, the character-driven narrative has always taken a front seat. I never cared about the action as much as I cared about the dynamics between the characters and their growth over the past 16 issues. And that’s what makes this issue a really good one.

This issue put Black Lighting and Orphan front and center in the development, as they reach climaxes in their own individual journeys.

We see BL reach astronomical levels with his powers that only Batman thought were possible. In this process, he gains the confidence that he’s always lacked with his alter ego, and I’m really interested to see where things go from here with him as a character. Batman mentions to Jefferson that he’s always thought he had power levels up on the same spectrum as Superman and Wonder Woman.

I can’t even describe the type of smile that put on my face. Shout out to Bryan Edward Hill for putting that in there.

Orphan had some great focus as well. As Jefferson fought Ra’s, Orphan took on the entirety of his goons by herself while her mother Lady Shiva watched and rooted her on. This was great to see because she’s been struggling with her confidence all series, especially since her mother started hanging around. It was a good moment for both of them, honestly.

This felt like a finale. And in a way it was. It was the last issue of this arc. But there’s one issue left. So hopefully we’ll get to have some of these personal threads between characters wrapped up without anything dangling. That is almost never the case when a book ends. And I’m glad this story will have the opportunity.

Soy’s art and Ghandi’s colors were a standout when it came to the fight scenes. Black Lightning and Ra’s Am Ghul’s colorful outlining really made their fight pop off the page.

The penultimate issue of Batman & The Outsiders puts Black Lightning and Orphan front and center while they take on Ra’s Al Ghul for the final time.

10 Glowing Terrorists out of 10