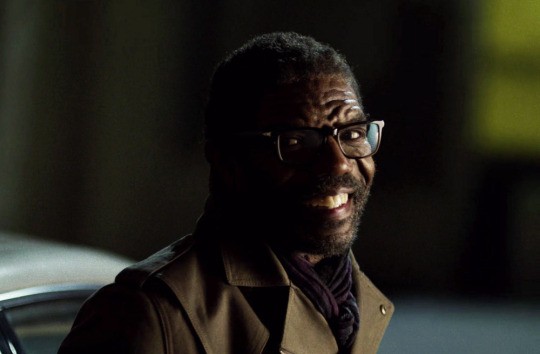 ***Spoilers for the Ending of Daredevil***

Watching Daredevil come to fruition was a dream come true. I read the series throughout my high school years and watching the show was like a euphoria water boarding me with nostalgia (to my delight). There were many elements taken from Frank Miller’s “The Man Without Fear” origin that put Matt Murdock on the same scale as being gritty as fuck (Miller did the same for Batman with “The Dark Knight Returns“) as well as Brian Michael Bendis and Alex Maleev’s flawless 4 year run on the series as well. I’m watching the series and eating it all up and then it happened… a character came into the light as if he was just unlocked from a video game. Stepping straight out of the Daredevil mythos was none other than The Gawd of The Printing Press Benjamin “Ben” Urich coming into the lime light.

I’m so ashamed to say that I was completely thrown off by who Ben was until they said his name entirely, at which point I damn near knocked my laptop off the table in excitement, disbelief, and joy. I didn’t realize my dude was going to be up in this series! This was fucking Christmas for me man. Lemme put yall on game real fast, Ben Urich is the best reporter in Marvel to ever do it. Point fucking blank period. Ben Urich is the fucking 50 Cent in the news world. He is out here in the Marvel universe writing the articles that exposed Wilson Fisk as King Pin and outed Norman Osborn as The Goblin. Ben Urich is the epitome of hard hitting Noir, street crime, murder mysteries and chain smoking while looking dope as fuck in a trench coat while in ya late 50’s aficionado.

“My name is Ben Urich. I’m a reporter. I used to be a husband. A father figure. Now… all I am is a reporter.”-Ben Urich

To see one of my favorite non-powered characters whose a HUGE influence in Marvel as a black man after all these years? There isn’t enough Yasss chanted from the depths of Black Girl Magic that can express how fucking incredible this is!!!!

Vondie Curtis-Hall was the best fucking choice for this role. He murdered it. I could see the Ben Urich I had been reading from years unfolding in front of me in every mannerism and beautifully delivered lines of dialogues and one liners. He delivered the Ben Urich straight from the page and onto the screen beautifully. Then this show–*fists over mouth*, man, they went the extra mile and fucked me up with Ben’s wife Doris with her condition (Dementia? Alzheimers?). Not only was that shit heart wrenching but when there scenes together with the “Hello Handsome” / “Hello gorgeous” greetings? Then Doris telling Ben he better deliver the that real rap raw news to the masses when he started trying to walk away from the game, and even when he got fired after trying to push his article exposing Fisk, what Doris tell’em?, “Good, you was keepin’ it too one hunned for them anyway.”

COME ON MAN. YOU SEE THIS BLACK LOVE UP IN THE MARVEL UNIVERSE (comics or film) ANYWHERE ELSE? NAH B! THIS right here was the fucking jackpot and it made so much since Matt, still being in the early days of his persona, isn’t involved with anyone yet (and we know what awaits when he and Karen Page become an item) so Ben’s love life being highlighted made the most sense. 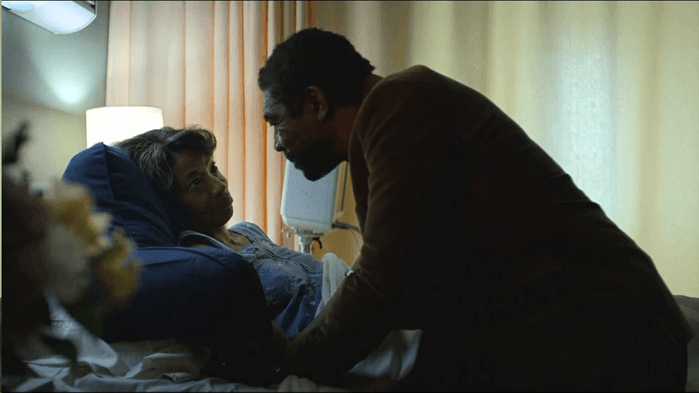 I was infinity on high man. I’m watching the series thinking about all the scenes form comics we’ll see played out. They mentioned Elektra on the show and I immediately jumped to when she intimidated Urich and eventually stabbed him in Miller’s run, or how Ben will discover who Daredevil is all on his own because he is that fucking nice, how we’ll see them become each other’s confidants, how Urich will come to know who Spider-Man is and maybe we’ll see him in other Netflix series as well. Right as I was guessing all the cameos and guest spots Ben Urich would be making in Marvel… I saw episode 12 dropped with Kingpin up in Ben’s house chillin…

I said to myself, “Nah Ben Urich going to be fine because the dude been stabbed, had fingers and bones broken, family members threatened and the homie still ain’t quit. I wasn’t worried… until Fisk started throwing that hissy fit and Ben said he was the only one that saw Fisk’s moms (knowing damn well Karen did too). I had that flash back to the final moments of Ned Stark. I was watching it with a friend looking at me with the “Are you for real? you that invested in this?” face as I was reacting and shouted, “No, they not about to…. no. No! *Michael Scott Noooooooooooooooooo*, THEY BETTER NOT DO IT! DON’T YOU FUCKING DO IT DON– EUAAAAAAAAAAAAAAAAAAAAAAAAAAAAAAGGGGGGH!!!!”

They had Ben die G’d up and my world broke man. I was on vacation and it felt like there was a death in the damn family. I was hoping that maybe they’d reference his nephew Phil Urich (hero turned villain) who would take over or maybe was their son, then Doris was at the funeral telling Karen they didn’t have children but they wished they had one like her… what I heard was “We didn’t have any children, Bam, Brick wall, Omar. No coming back from this shit!” I couldn’t fathom that they would kill Ben Urich, someone that was so important to not only the DD mythos but the streets and news of Marvel. I really couldn’t see his death cause Ben Urich is freaking still alive in Marvel comics over in Spider-Woman being badass and carefree as fuck.

I love what Daredevil is and how it changed the comic adaptation television game, I’m not complaining (oh, yes I am) about Ben Urich’s death so much as that I am disappointed that such a major reoccurring character so closely affiliated with Daredevil franchise doesn’t get to grow with the series as well. We don’t get to see any more instances when the he gets threatened, intimidated, and gravely wounded then still continues to write the shit the villains don’t want out in the streets up on the freaking jumbo-tron in Times Square. Those that aren’t familiar with Ben from the books won’t get to see him shoot the shit with other street level vigilantes or his means of getting the stories that made him dope as fuck. We’re also seeing Matt robbed off the guy that talks sense to him when he is out in the world as Daredevil. We saw the beginnings of that as they met up in the series multiple times like when Ben was joking on Matt’s Under Armour costume? Come on man, Arghhhh!!!! WE COULDA HAD IT AAAAAAAAAAAAAAAAAAAAALL!

This goes so much deeper than saying “Ben Urich my reporter, I hate it had to be him” because it really didn’t have to be. Instead of dwelling on this Ned Stark level death that Marvel gave us, I want to further appreciate the short lived magic we had with Curtis-Hall’s Ben Urich and how with his time in the series he proved that you don’t always have to be a superhero to be one of the most interesting and useful characters in a series. Shout out to the real Journalists keepin it one hunned in the columns.