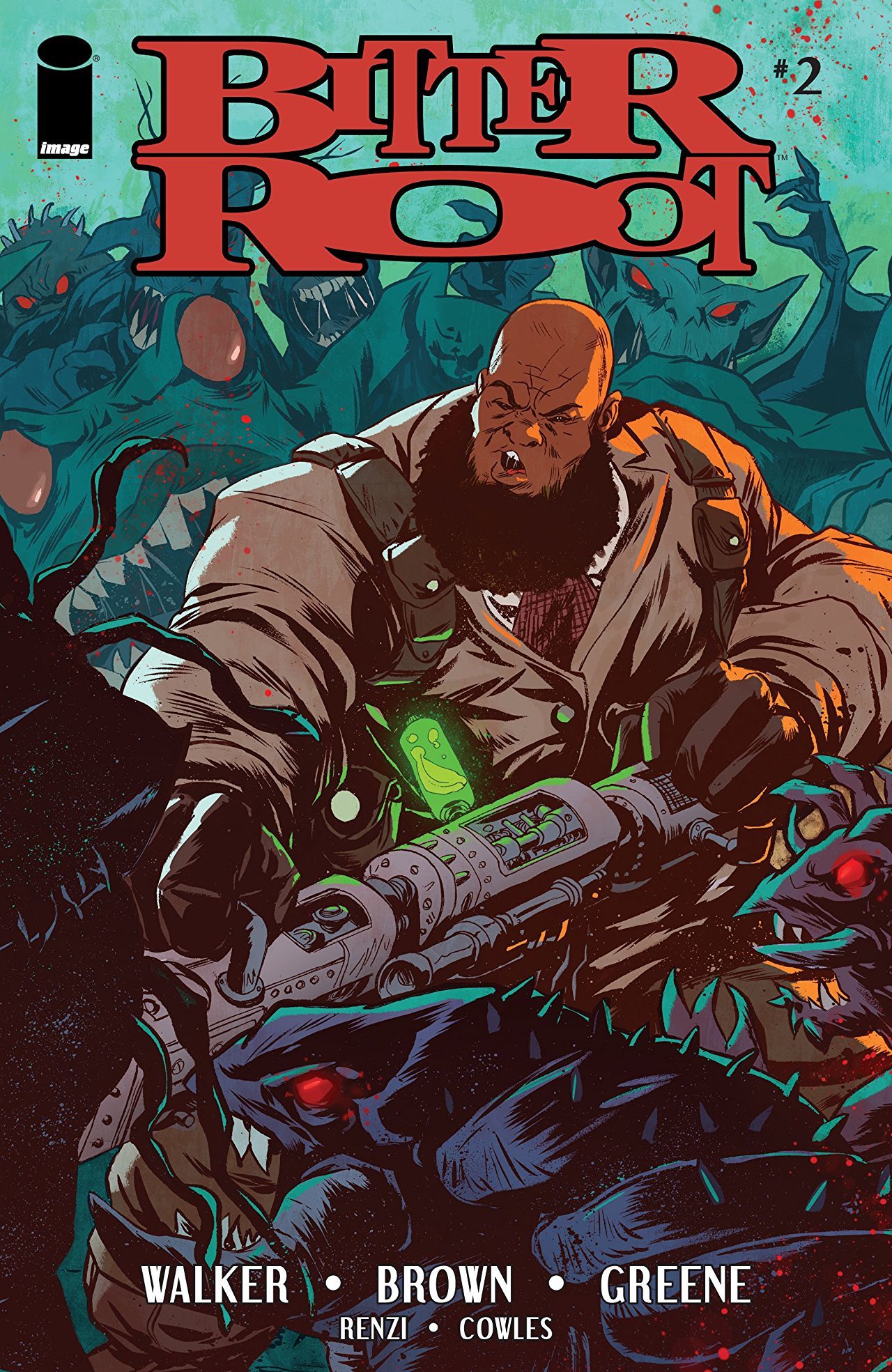 The sophomore issue of Bitter Root is here with more action, more backstory, and more putting white people in check!

What I really liked about the tandem of issue one and issue two, was that issue one did a really good job of dropping you into this world, while setting up the rules and the way everything works. From the Jinoo to the Fiif’no, all the way down to the Sangerye’s interactions with the police department, this is how things have always been, and this is how they’re supposed to be. But issue two throws a lot of that out. The rules that were set up last issue are now being challenged, pushed to their boundaries. It’s a great way to create believable conflict.

A thematic standout for me this time around was the differing philosophies of the main characters. We got to meet Ford Sangerye. The best way I can describe him is that he’s like Blade if Blade was as pragmatic as he was cool. Ma Etta and the group back home use medicine to cure the racist infected Jinoo, but Ford knows there aren’t enough resources to cure everyone, so he takes it upon himself to stop the disease from spreading by any means necessary, which results in some mind-blowing spreads for the audience. I like that the real world application of his ideology is rooted in the fact that not everyone is worth our time and energy when it comes to the conversation of racial prejudice. We can try and let everyone know what’s up, but some people are a lost cause. 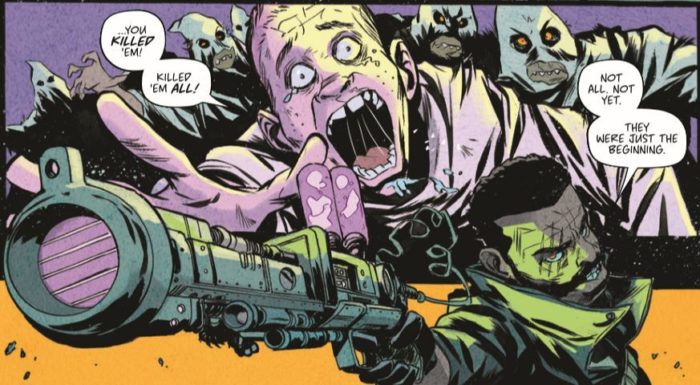 We get some more time with the villainous Dr. Sylvester too, who represents a similar philosophy. He sends his girlfriend Miss Knightsdale to steal the Jinoo that Berg and Cullen cured in issue one. It’s then revealed that Sylvester and Knightsdale use purified souls to stem their own transformations into monsters. They clearly believe that we shouldn’t be saving these infected people either, but instead of killing them off, they’re using them to their advantage. I find it interesting that a character billed as being a protagonist subscribes to like-minded strategies that the main villain perpetuates. It’d be cool to see that explored in later issues.

I’d be remiss if I didn’t take a second to talk about Sanford Greene’s art. As I said before, we got a helping of some incredible action sequences this issue, particularly between Ford and a group of Klansmen. What was so dope about this sequence, aside from the adrenaline-inducing layouts, was that we got to see the transformation from racist human to Jinoo. And it was not pretty (in the best way). I’m talking skin discoloration, body distortion—the whole nine. It was interesting to see that the transformation into this ugly monster was just as hard to witness as the metaphor that it stands in place for.

In addition to the comic, we got some mini-essays in the back of the issue from Dr. Kinitra Brooks and John Jennings. Dr. Brooks focused on the real world application of conjure and rootwork, and it’s relation to the characters in the story. And John Jennings talked about Alain LeRoy Locke and his anthology The New Negro, that was published in 1925, which displayed a range of black creativity almost as a form of evidence to prove that black people were capable of more than they were perceived to be. These two short intros into deeper topics really help flesh out the world of Bitter Root and make it feel that much more tangible.

Bitter Root #2 flips the rules it established in issue one on their head while piling on a healthy serving of action, backstory, and philosophy. Oh, and if you like racist Klansman getting what’s coming to them, you’ll feel seen.

9.5 Soul-Sucking Sylvesters out of 10