Season 2 / Episode 1, ‘The Book of Consequences: Chapter One: The Rise of the Green Light Babies’ / The CW

Oh man, I missed this show. The music, the portrayal of Black families and our communities is so spot on — it’s not only fun, but poignant, as well. Sure, it’s the CW, so expect some cheese, but all in all, Black Lightning is the sleeper superhero hit that everyone needs to be watching.

They Killin’ Us Out Here 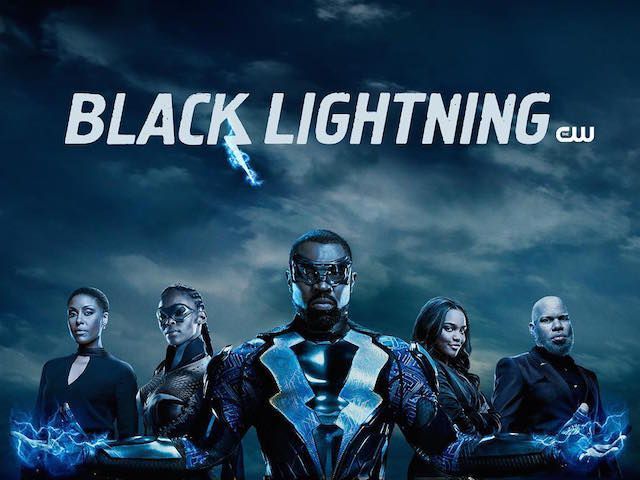 This season picks up right where season one left off. “Green Light Babies”, the kids who have taken the drug and suffer the consequences, are all over Freeland, and the police are not messing around. Overdubbed to Bob Marley’s “Redemption Song”, the episode opens to a familiar image. A Black boy surrounded by police is ultimately murdered, high on Green Light and choked out on live television surrounded by outraged community members.

Meanwhile, the school board questions Principal Jefferson Pierce on his whereabouts the day Tobias’ gunmen came into Garfield High School. Duh, fools, Black Lightning was on the case. Still, a very upset white lady with her finger in his face lets Jefferson know he done messed up. Which, yeah, okay, but getcha finger out my face, for real.

Elsewhere, Kara Fowdy, Jefferson’s Vice Principal at Garfield High, is accosted in a parking garage by Syonide, that crazy white girl who runs with Tobias Whale. Apparently, Kara can brawl, and a pretty dope girl fight ensues. Kara busts out the stiletto swords and one ends up in Syonide’s neck. Ouch. Is there more to Kara than meets the eye? I’m gonna say yes. Best line of the show?

Nobody Gives Any F*cks

Back at ASA Headquarters, Dr. Lynn Stewart is interviewed by Agent Odell, who calls ma a liar and sends her on her way. She wants to help the pod people that she discovered, but the ASA isn’t feeling it at all. Neither is Jefferson, who is obviously stressed out by all the season one drama. The couple argue off and on throughout the episode, and Lynn even walks out for a while, acknowledging the two can’t seem to see eye to eye on anything at the moment. Luckily, she gives zero f*cks and is a professional doctor, thank you very much. She asks Gambi for help getting assigned to work with the pod people, much to the chagrin of Odell.

Speaking of the pod people, at the Freeman Black church, a local politician lets families know that the ASA will not allow them access to their kids. In order to fight against the system, a lawsuit is proposed, but the cost is extremely high. Let’s say a gazillion dollars, because that’s what it feels like to these poor folks. Determined to help, Anissa dons her favorite black hoodie and mask and sets out to rob some drug dealers of their dirty money to give it to the church folk. Not a bad strategy, but I have a feeling this will backfire eventually. 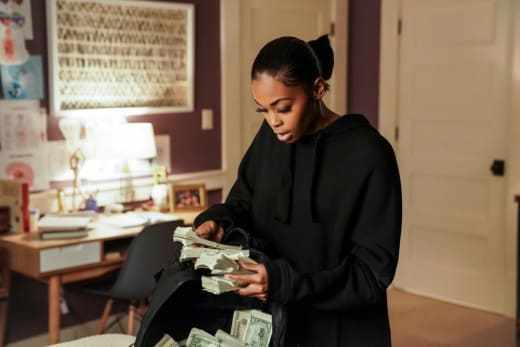 Later, Kara stops by Gambi’s Custom Tailoring and reveals that she, like Gambi, is a sleeper agent for ASA and has been left without any options but his help. Gambi isn’t really feeling her, but she has something he wants — The Briefcase. Okay, it’s been a while since season one ended but, am I missing something? What is so special about The Briefcase? Gambi doesn’t know what’s in it but he wants it, so he agrees to help Kara. When he shows Jefferson her image, he flips out. Mhmm boy, that is the same VP who was flirting her way through season one. She’s a double agent, my dude. Meanwhile, that same double agent tries to go after Tobias Whale and fails spectacularly. Don’t give up, sis, he’s a tough guy to catch unawares. 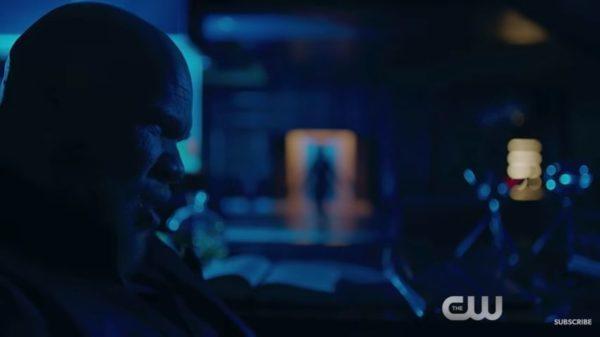 My favorite thing about Black Lighting is the portrayal of everyday Black life and how Black folks deal with each other in our current society. The realistic familial bond between Jefferson, Anissa, Jennifer, and Lynn illustrates life changing ups and downs that they have to deal with on a regular basis. This episode, specifically, touches on mental health multiple times. Lynn suggests to Jefferson that Jen see a therapist to talk out the issues that she’s gone through in the past few months. Jennifer has powers that no one fully understands, and hasn’t been able to fully control them. She lights up like a Christmas tree in her sleep, floats above her bed and at one point, accidentally shoots laser lights at her mama. Later on, Lynn also suggests that Jefferson see someone too, and hints that stress may have caused him to lose control of his powers (last season). She likens the underperformance to erectile dysfunction, which, while funny, also could very much be the case.

Jefferson has shifted his life’s work away from education and back to vigilantism. While both are important, everyone knows switching jobs is stressful! Not only that, but this episode makes it clear that Jefferson’s two lives cannot co-exist. In order to keep Garfield High School open, Jefferson is forced to resign his position as principal. His friend and co-conspirator, new Freeland Deputy Chief Bill Henderson, figures out that Jefferson is Black Lightning and is PISSED. This episode is a dark peek into what is to come for the town of Freeland and the Jefferson-Stewart household. I, for one, am looking forward to seeing what’s next.