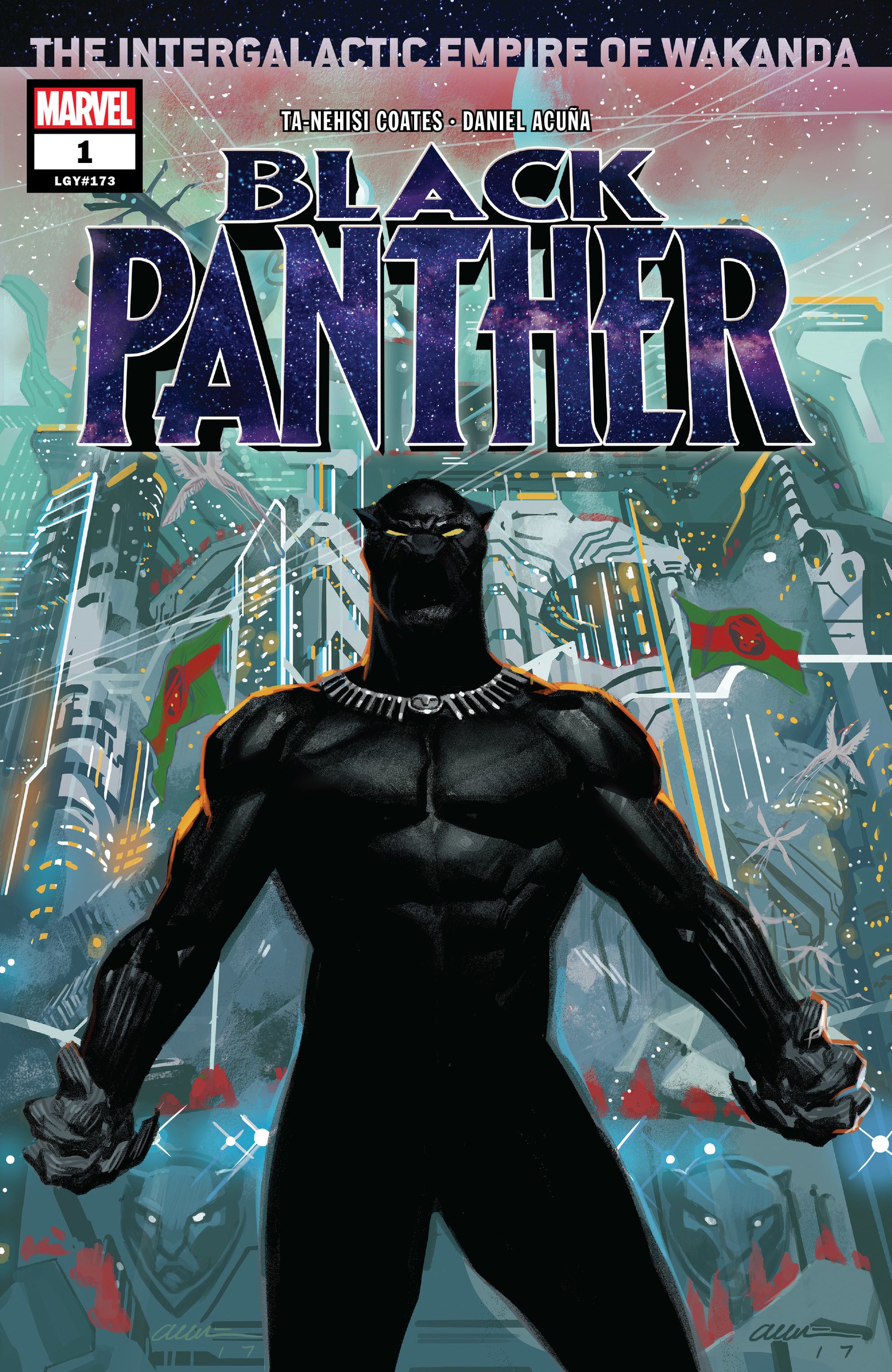 Back for the First Time…

Time has been very kind to current Black Panther ringmaster, Story Don, and architect Ta-Nahesi Coates.  Since taking the writing reins for the rebooted series in April 2016, he has gone from left-field comics newcomer to one of Marvel’s golden scribes. In Coates’ two-year run on Black Panther, he has crafted a meticulous story of political philosophies, romantic entanglements, tradition, and rebirth against the backdrop of a revolution in the unconquerable kingdom. Over the course of the 25-issue run (numbered 1-18, and then 166 – 172 after the Marvel Legacy event), Coates created a long-form tale equal to or greater than famed comics runs by Warren Ellis or Grant Morrison. After his first run on a comic series, Coates sits amongst the best in the game.

Now, in May 2018, year of our Bast, “Black Panther” is the third highest grossing domestic film of all time (9th worldwide), and highest grossing solo superhero film period; meanwhile, Coates has godfathered several critically acclaimed entries into the Wakandan mythology – the GLAAD-Award Winning “World of Wakanda” with Roxanne Gay and the slept on mini-series “Black Panther & The Crew.” After tackling the pathology of sociopolitical-racial pathology through the struggles of an artist or beginning a run as the writer of Marvel’s “Captain America” title, Coates has conquered the world with but one place remaining to take the lore of Wakanda – the far reaches of the universe. 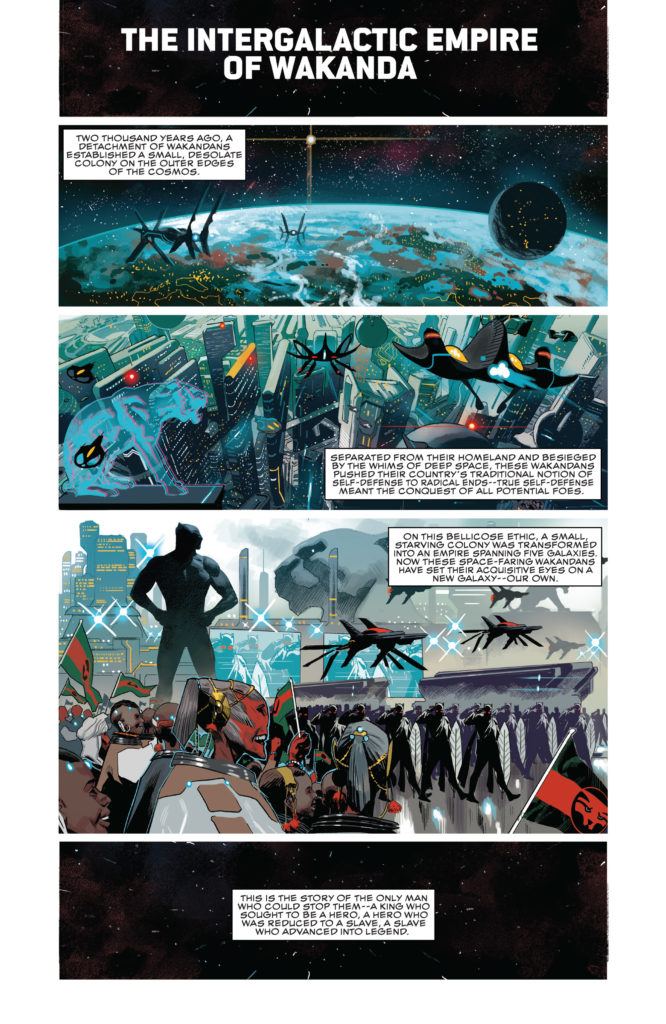 Space is the Place

The Intergalactic Empire of Wakanda. Read that aloud. Take your time. Enunciate. The Inter-Galactic Empire of Wakanda. First teased in the one-shot Marvel Legacy #1, the first installment of the new saga of “Black Panther” is a wild read.  In classic form of films such as “Inception” or “12 Monkeys,’ we meet T’Challa in a world vastly different from anything that we have known. In a seemingly parallel universe (or is it?), the Wakandan empire expanded into space 2000 years ago. As opposed to the Earthbound, isolationist kingdom of lore, the “Space Wakandans” expanded aggressively, conquering planets and galaxies.

When we meet T’Challa, he is a nameless mining slave. The world in which he rebels is an ordered caste system of imperials, mind wiped slaves, overseers, and rebels. Flashes of a woman, Ororo (?), call him “home,” emboldening his revolt and giving him strength as he escapes bondage. Versions of M’Baku and Nakia appear as members of the Maroon rebellion, helping to free Nameless and his fellow miners. 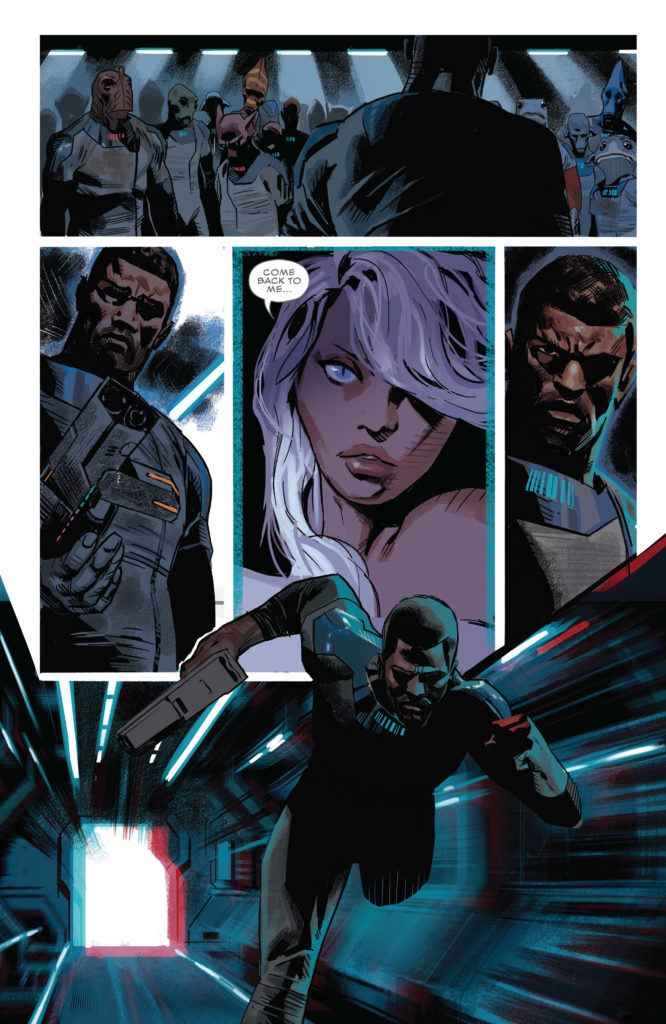 The artwork by Acuña is gorgeous, topping anything that I have seen in his previous work.  The kinetic energy in the artwork, spurned by the sheer urgency in the script by Coates make this a dynamic read. The color scheme of this installment draws an even greater tonal shift from the first two-year arc. Whereas the stories in Wakanda were rooted in Earth tones with moderately saturated colors, the Intergalactic Wakanda literally pops.  The saturated purples, blues, and oranges against deep blacks and oversaturated whites create a crisp Sci-Fi atmosphere.

Those who criticized Coates’ previous “Black Panther” run by stating that it was too verbose for a comic will have to take a seat as the dialogue in this first issue is terse, loaded, and no less poignant than some of the more philosophical battles between previous antagonists and allies Zenzi, Tetu, Changamire, and the Midnight Angels. When Captain Nyami of the Maroons scolds the Nameless T’Challa for his senseless acts of violence, it echoes the words of revolutions before, saying:

“They have stolen your name, your culture, your God. Do not let them steal your mind.”

The excitement and anticipation are at a fever pitch here. Where is Shuri? Ramonda? Is Namelss really T’Challa? Introduced as a story about a “king who sought to be a hero, a hero who was reduced to a slave, and a slave who advanced into a legend,” the next phase of the Black Panther legacy embarks upon an epic quest via Afrofuturistic parable. 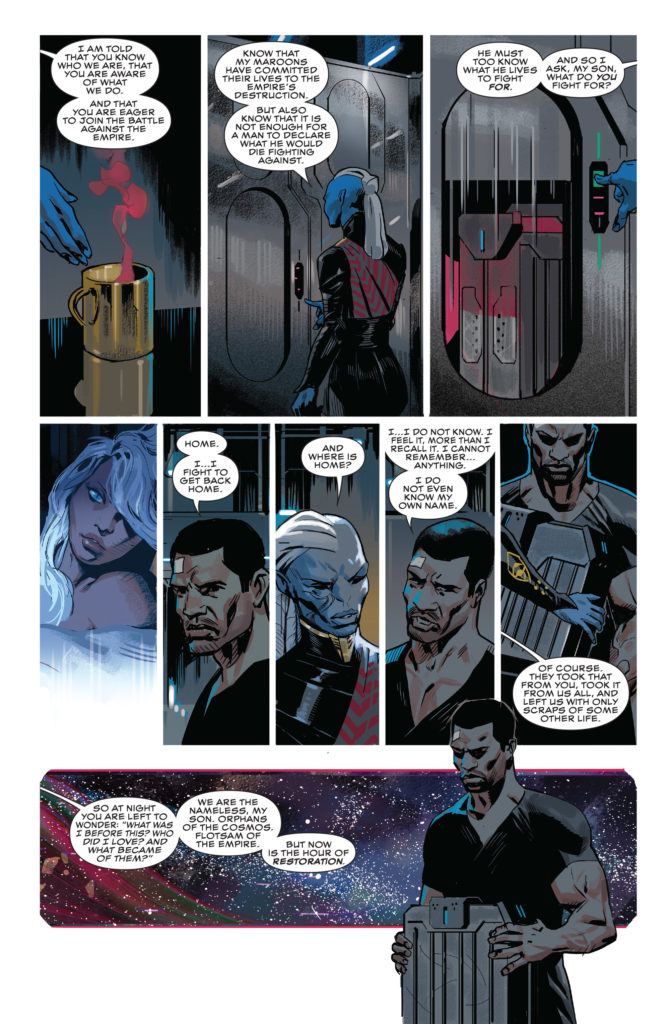 In simpler days, this would be a simple Issue 25 Deluxe release. In these times of short memories and reboots, however, we get a new “Black Panther #1.” Not mad at it. The legacy numbering initiated by Marvel actually fits well into the new “Fresh Start” logo and sits elegantly underneath the larger reboot number. Whereas other Marvel titles affected by the “Fresh Start” are using the opportunity to restore legacy characters into their classic roles (Iron Man, Thor, and Wolverine), Coates endeavors instead to take us where no Panther has gone before. This is only the beginning.