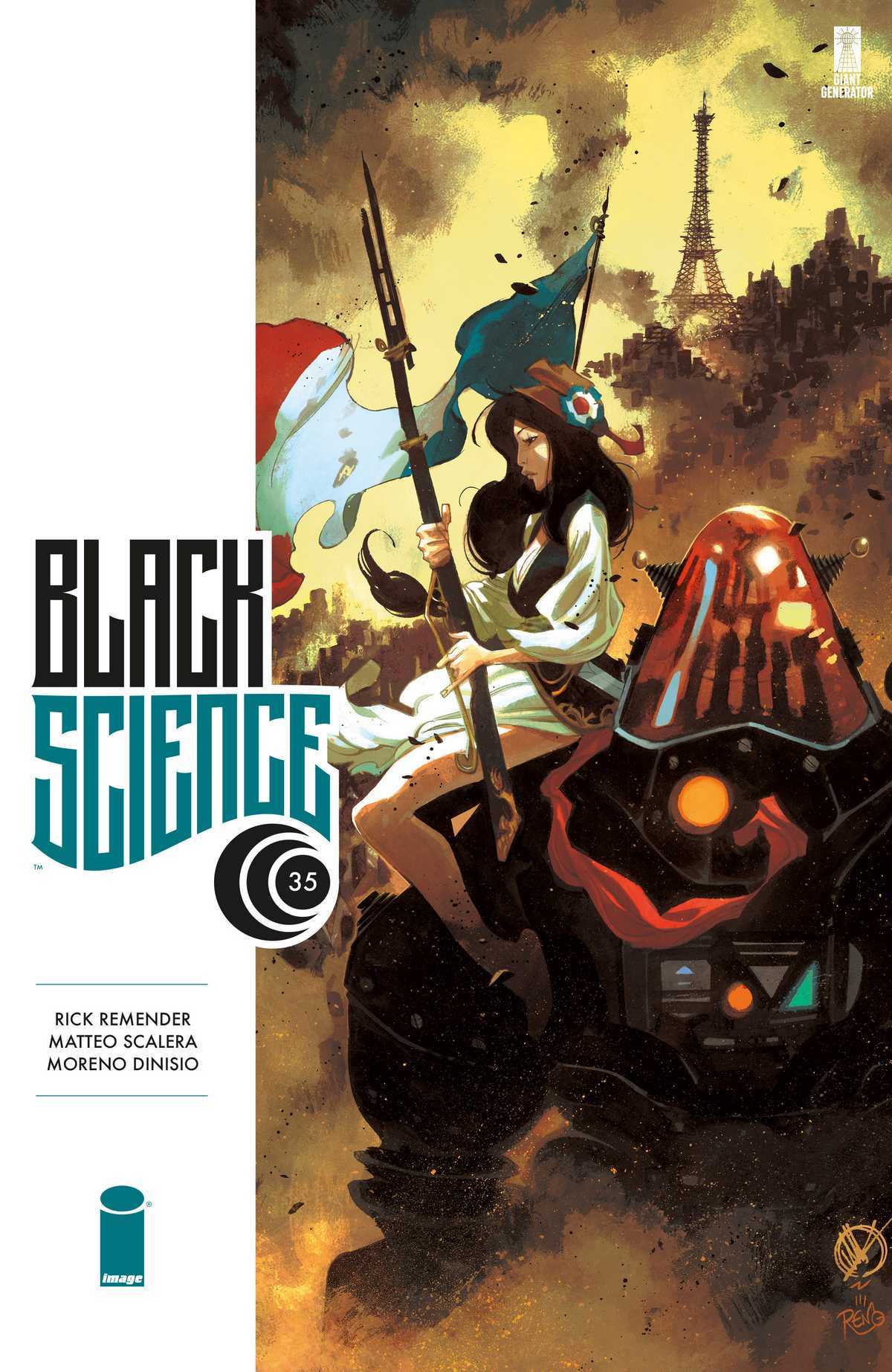 It’s always a great week when Black Science is back in the building, giving a masterclass in the craft of comics. Honestly, I wasn’t sure I was going to be able to review this book given the fact that I’m still recovering from Avengers: Infinity War, but I pushed through the stress and got through it. Issue #35 picks up with another time jump, a year after Kadir pulled the switch on their entire reality. We find Grant and Sara as desperate and determined parents who encounter a world of Dimensionauts that force them to unpack some sore topics between the two of them.

A lot of the story focuses on Sara McKay being put in a position to take a real inventory of her husband’s track record and ask herself some hard questions about the life she could have had without the lunacy he’s brought upon the universe…and the Eververse…and all of creation everywhere, really. With seven issues left in the series, it’s good to see Remender taking time to offer up a little piece of backstory to Sara’s arc since she’s spent so much time on the outside of the core story looking in. The panel time we get with Grant is almost as satisfying, reminiscent of the Rick Sanchez butting heads with the psychiatrist in Rick and Morty’s “ABCs of Beth” episode. 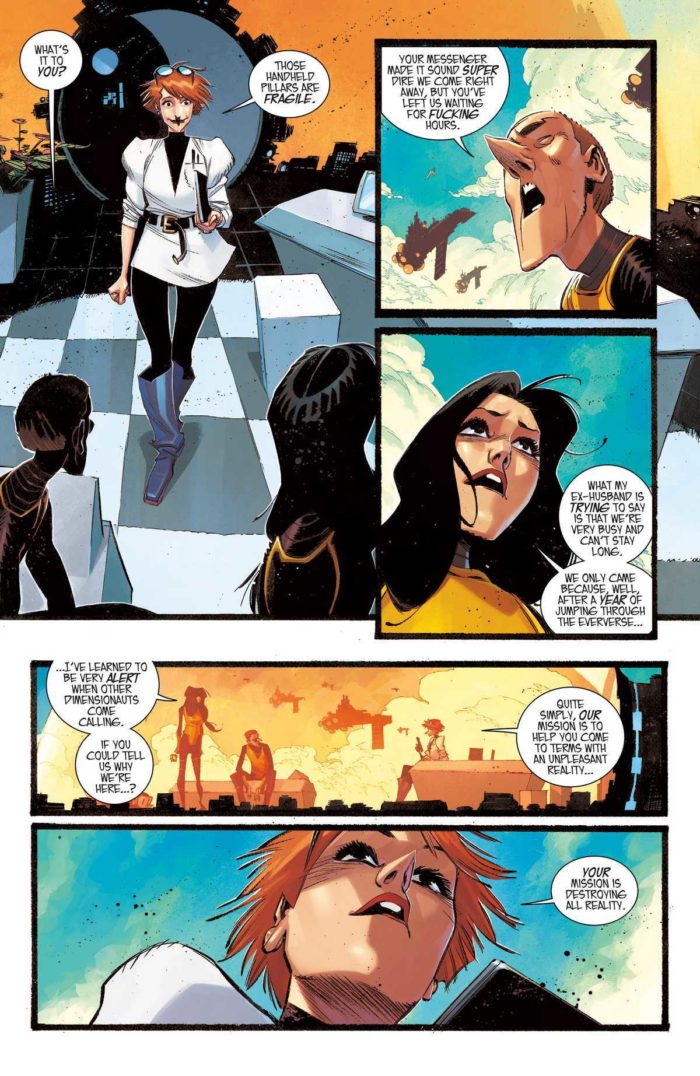 Visually, at this point, it’s nigh-impossible to imagine anyone but Matteo Scalera doing the artwork on this book. There just isn’t anyone else that could do Remender’s script justice in the stylized way Scalera does. There is a panel of Sara appearing in a new dimension that, without any real context, encompasses just about everything visually fantastic about this book. Every scene just has this classic pulpy 50s sci-fi novel quality to it that immediately pulls you in and keeps you turning the page.

Bottom Line: This is yet another one of those issues Remender excels at that takes you on what seems like a gentle stroll and then turns into a roller coaster downwards dip towards the end. In the last leg of this stressful, visually arresting story, Black Science still hasn’t failed to deliver.