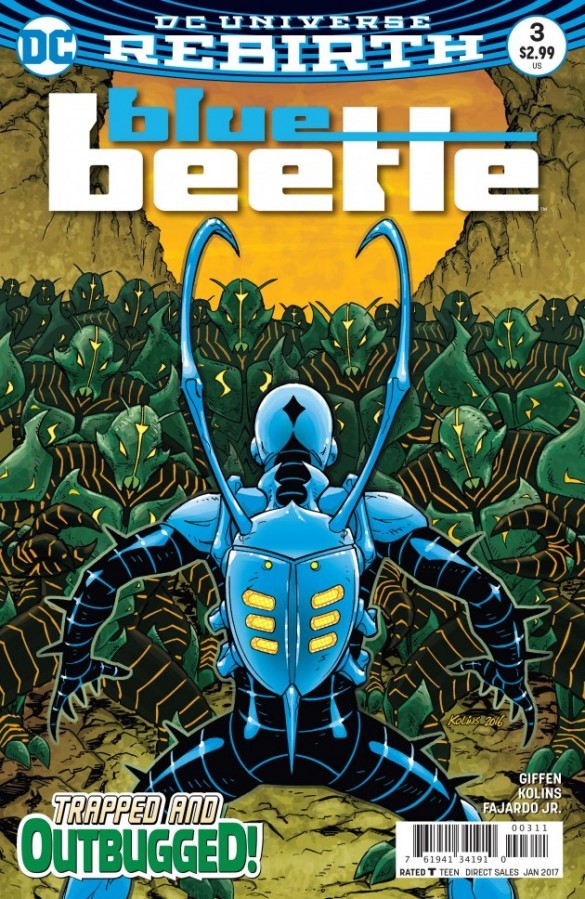 Y’all are going to respect Jaime Reyes. I’m not going to allow y’all to ignore the facts for much longer. We’re getting the Rebirth Blue Beetle we deserve right here. We’re getting that Scarab hit-maker music right here. We gettin’ the Escarabajo like no other Beetle that came before right chea’. Giffen propels things forward this issue as we see Jaime under the influence of that Scarab in his sleep. Jaime wakes up and finds himself facing off against a horde. A horde of what? We dunno, but what we do know is that they went through his armor as if it were styrofoam. This, of course, freaks Jaime out and makes him realize he’s going to have to be more on the level with Ted Kord about what’s happening with him presently.

What I love is how good a job Giffen does at having Jaime and Ted trying to meet each other half way. We don’t see Ted with his usual devil may care humor this issue; what we get is Ted realizing how scared Jaime is and having to remind him that although he wants the Scarab out of him, “What we don’t know might kill you.” Ted wasn’t forcing Jaime to undergo tests and let him come to that decision on his own. Another great thing this issue is that although we are in a new version of Blue Beetle, we still get the the same strong relationship between Jaime and his parents. Jaime talks to his father about what’s going on instead of the typical “hero trying to hide the problem from his parents” trope. Giffen giving Jaime’s mother her own connection to the pose serves as a great subplot as well. 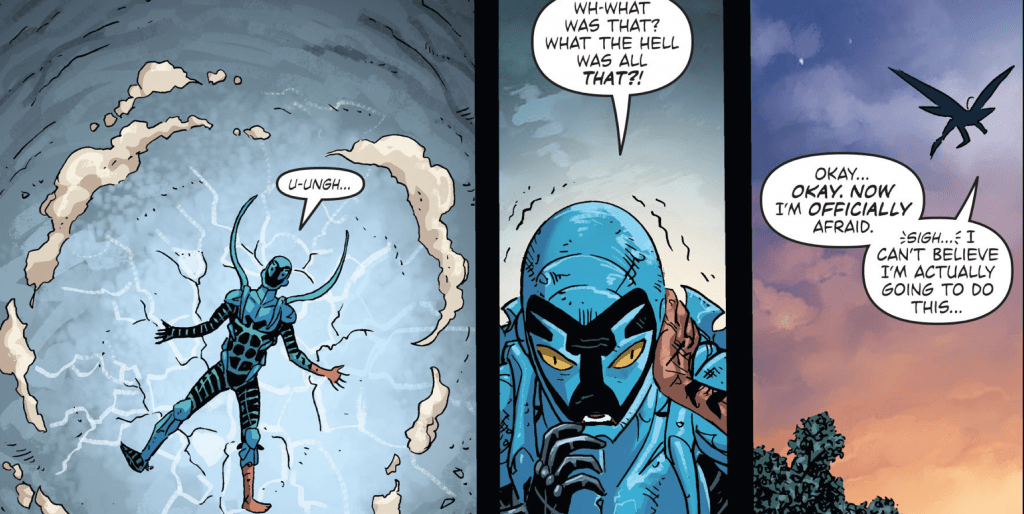 Scott Kolins’ artwork shines through more and more with every issue as well. I love the dark colors used when drawing Jaime and his armor, especially the tone to show the switch between demeanors. When we have Jaime joking around with sarcasm there is a much lighter tone in coloring; however, this issue we really see the seriousness of the matter through the dark tones, Jaime’s brooding, and it all reflects a sense of losing control — not only of his life but his body as well.

We’re starting to see more of the Scarab taking control and coming to its own. I’m looking forward to more instances of Jaime talking to the Scarab and us (the audience) not understanding what the Scarab is saying. Luckily enough, the next issue is going to be dealing with the origins of the Blue Beetles. This should be good considering the work Giffen and Kolins have already put forth in creating a path for Jaime Reyes to follow.