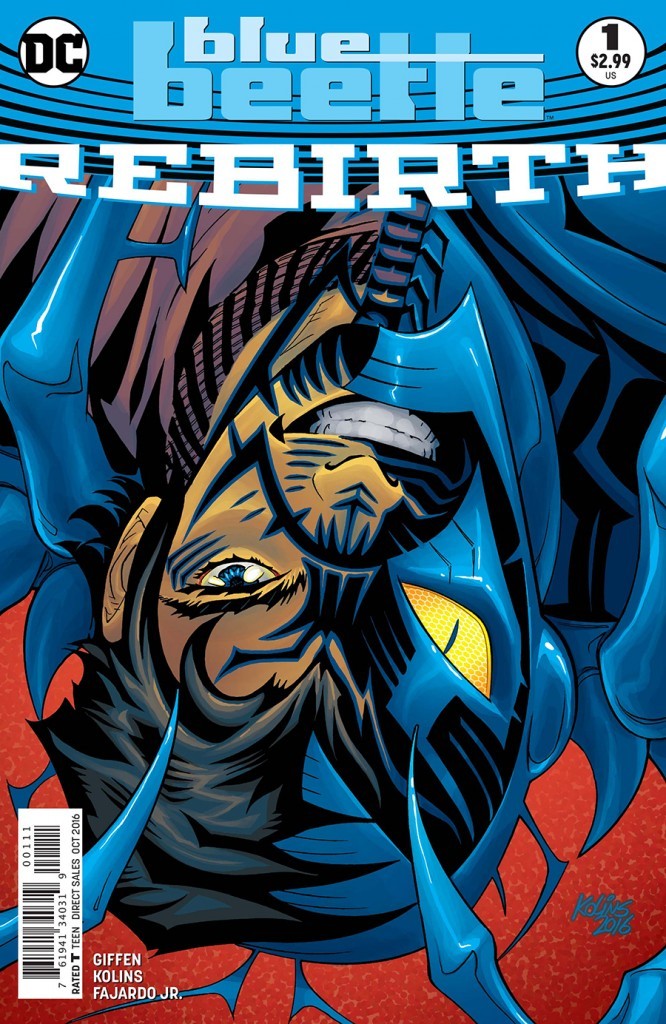 I’ve been waiting for the escarabajo MVP Jaime Reyes to return in full swing, but what makes it even better is that we have DC Universe’s most underrated Ted Kord back in the helm too. This is what we’ve been wanting for, what we thought we’d never see. This is the dream team. Jaime Reye’s Vol. 3 series of Blue Beetle was fucking perfect — peak perfection — and as we come into this run it feels like we’re starting all over, but not really.

Jaime is already Blue Beetle and is already acquainted with Ted Kord. With a relationship already established and having missed out on the first meeting between them, there is some steam taken out of reading by knowing that, but the book wins you back with charm. We don’t know why Ted Kord is out of commission as a hero, if he was one before, or what his deal is yet. The way Jaime and Kord quip back and forth as they bumble their way through the villain end-of-level boss fight is funny. In the supporting cast side of things, Jaime’s sister looks to be a lot older but the dynamic between the parents and the children is still loaded with sarcasm and love. This was a main staple of Jaime’s original run that really made the series stand out. Brenda and Paco are back, bickering between one another a lot more often, which can give us some foreshadowing that there is probably more there.

Scott Kolin’s artwork was very calm and serene this issue. Jaime’s Blue Beetle in armored-up mode looks a lot less serious. This incarnation feels warmer than the last, as if it’s the laughing mask from the drama symbol. I think I preferred the more serious mask the Blue Beetle is depicted with, but with a new series comes new ways and looks. I’m sure it will grow on me.

I was expecting a bigger hit but this is the Rebirth issue and we are are just getting the ball rolling again. Jaime Reyes and Ted Kord are two great characters and to see them in the mentor-mentee role is going to bring us a lot of laughs and feels down the line. I’m here for it. Ted Kord was dead but still Jaime’s hero as he studied his steps and methodology. I’m ready to take the trip back to that point of their relationship in Rebirth.