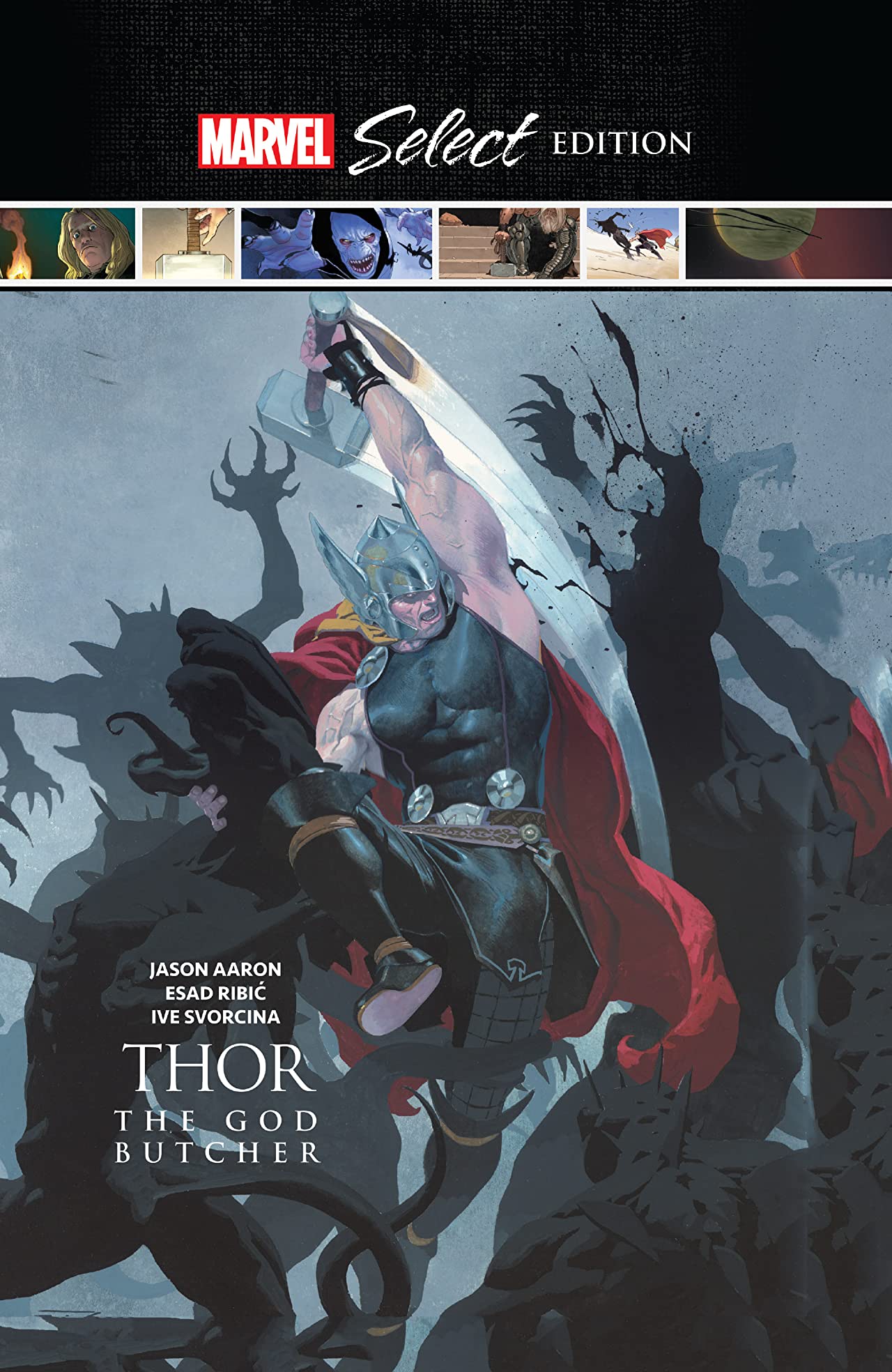 Jason Aaron’s run working on Thor was just about as epic and complete as anyone could ask for, so it’s hard to pick just a single volume instead of telling you to blow over $80 on the whole collection in trade (which would absolutely be worth it in better economic times). However, if we’re just talking about an economically sound but fulfilling Thor experience, I’d have to suggest “The God Butcher.”

This first volume of the Aaron saga reaches across time, through past, present, and future as gods mysteriously turn up either missing or dead. When he looks into the source of worshippers left alone and forsaken, Thor comes face to face with a long forgotten nemesis from his past: Gorr, the God Butcher. This is a villain unlike any the God of Thunder has ever faced with an axe to grind that, when uncovered, shakes our hero to his core for stories to come. 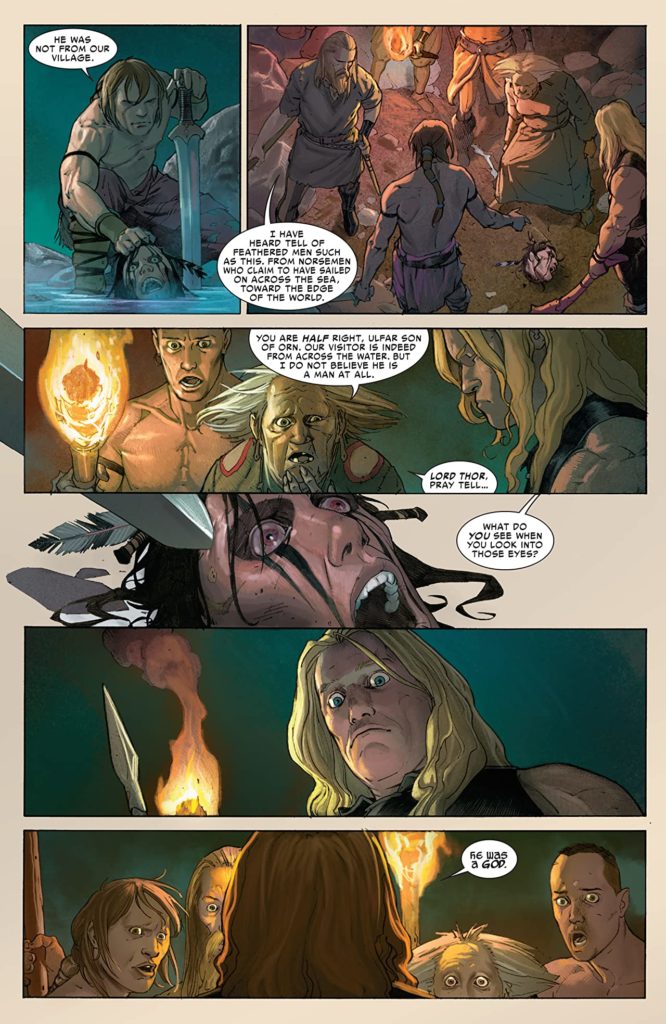 The God Butcher saga intriguing because Gorr’s grudge against the gods calls into question what it means for Thor to be both a god and a hero. Meanwhile, Thor also gets to take a unique look at his past which is far from laudable and his future which is less than hopeful. Belief is always a tough prospect to tackle, but Aaron approaches it with an epic but relatable wit. Also, Esad Ribic’s artwork is top notch. Every panel is flawless and haunting, exactly the kind of sprawling scale these celestial conflicts deserve.  All in all, the God Butcher is exactly the kind of story that a new Thor reader can get their feet wet with while also sticking to a long time fan’s ribs.