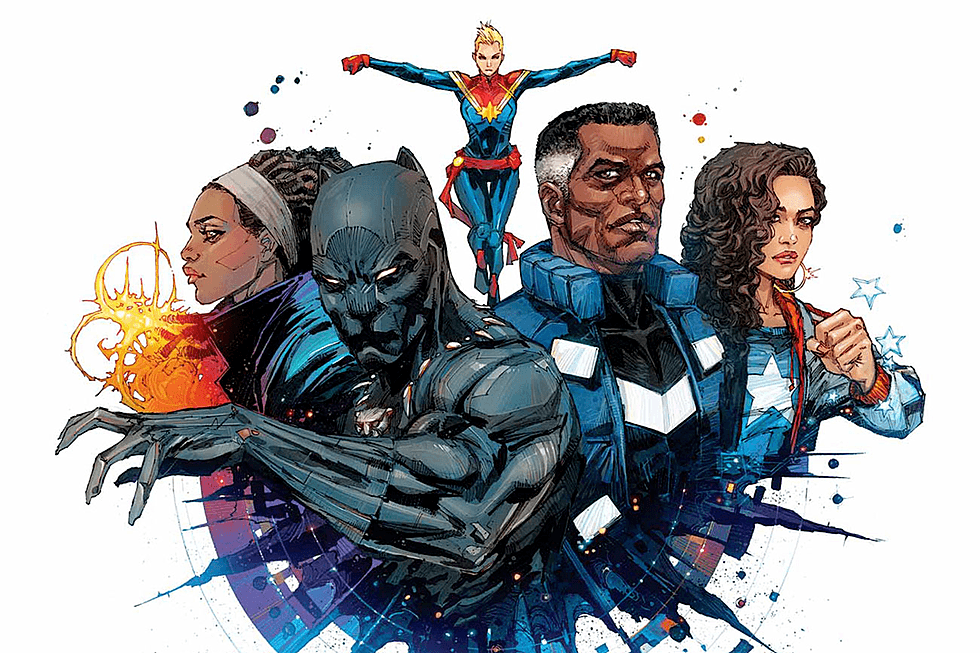 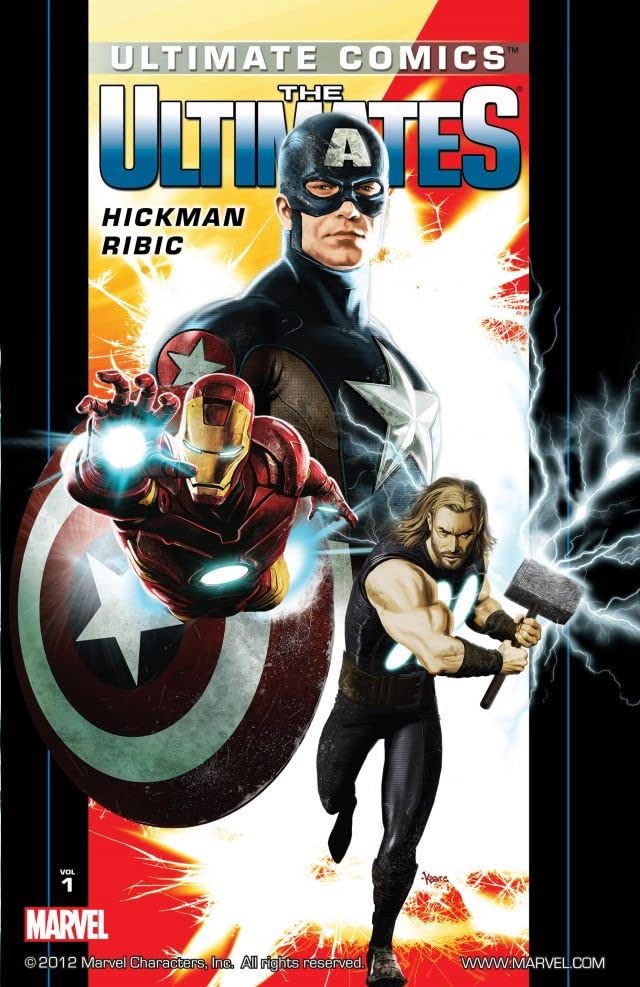 Let’s take it back to the original Ultimates team from Earth-1610, aka the Ultimate Universe. Now, if you’re wondering why I don’t recommend the first few volumes of the Ultimates, that’s because the team doesn’t really need much introduction. This version is a lot like the Avengers. Also, no one should have to read Ultimates 3 … no one. No, I’m here to bring you the Ultimate Comics version of the Ultimates at their best against their best villain – The Maker.

The Maker is one of the best recent Marvel villains to date. So good that the evil doppelganger of Reed Richards is one of the few characters from the Ultimate universe to survive its end and make it over to Earth-616 proper. Ultimate Comics: The Ultimates is a trip. It also helps that the first two volumes are written by the excellent Jonathan Hickman and drawn to an epic scale by Esad Ribic. So you can expect the scope to be expansive and even if you’re only in it for the first 6 or so issues, you get to see why the Maker is top 10 Marvel bad guy material. 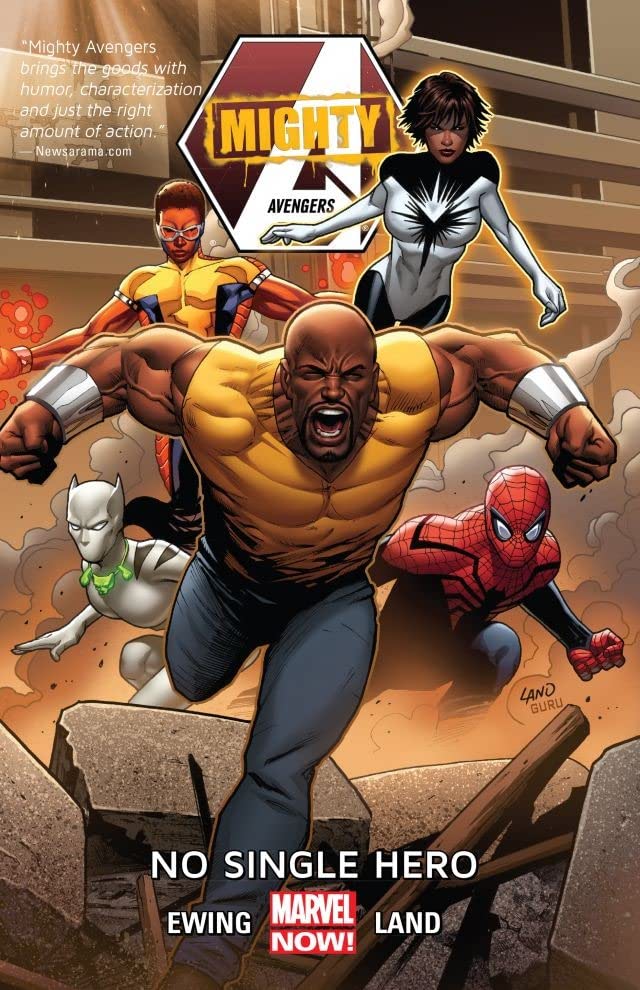 Let’s call Al Ewing’s Mighty Avengers a prelude to the main Marvel Universe’s Ultimates, featuring two major heroes that eventually go on to join the team. Both Adam Bradshaw (Blue Marvel) and Monica Rambeau (Spectrum) are reintroduced to readers who are less familiar with them, making Mighty Avengers a great jumping-off point to get to know these two better. Readers get a deep dive into the layered backstory of The Blue Marvel, Marvel’s best-kept secret. You’ll also find out what makes The Blue Marvel and Spectrum two of the most powerful superheroes in the game. Ewing’s Mighty Avengers is also a great read, featuring one of the more unique hero lineups, a great variety of bad guys, and a couple of future stars who will soon make their live-action MCU debut. 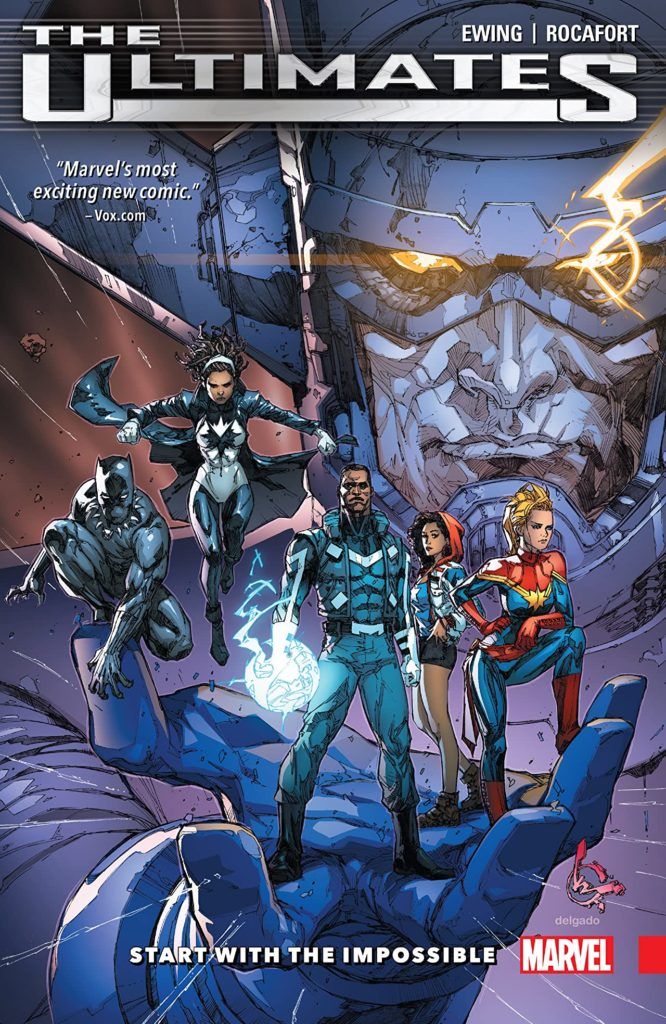 If the MCU is ever going to adapt the Ultimates onto the big screen, Al Ewing and Earth-616’s version of the team is the blueprint. It features a lineup of heroes that are all power players in their own right. That includes Captain Marvel, Black Panther, Blue Marvel, Spectrum, America Chavez and, wait for it … Galactus. That’s right, the planet eater himself. This book is Al Ewing at his wildest, which honestly is just about always.

Ewing’s Ultimates is cosmic in scale and big on ideas, making anything the Avengers handle seems small in comparison. If the Avengers were going to make sure problems end before they got worse, the Ultimates were going to end them before they even began. You also won’t see these characters written better on any other team. Between messing with alternate dimensions and seeing the inner working of the universe, Ultimates is a book you’re not going to want to miss.